A firefighter helped the homeless woman to give birth, then took the baby for himself 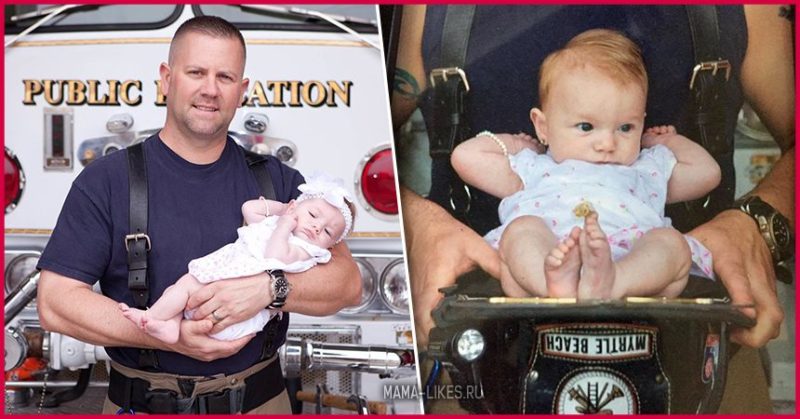 Mark Hadden and his wife Beth dreamed of a daughter for many years. And the case of one day changed their lives. The man went to work in the fire department, and returned with the news that he would soon become a dad, and his wife a mom.

Mark and Beth had 2 children at the time, both boys. The couple dreamed of having a girl. But the doctors made a severe diagnosis – Beth would no longer be able to have children. The couple thought about adoption for a long time. Until the very day when Mark went on a fateful duty.

The fire department received a call – a woman with acute pain in the abdomen. It is worth noting that the case took place in South Carolina in the United States. And here, firefighters leave for every call to the emergency service 911. Mark and his team immediately went to the scene, where the woman who called was located.

Her pains turned out to be labor pains. Mark realized that they would not have time to take the girl to the hospital. The firefighter had to take delivery on his own. The Hadden couple accepted baby Grace as a blessing. In just two days, the couple completed the preliminary papers for adoption and took the baby home. After 3 months, the girl officially became Grace Hadden.

Mark and Beth did not hide the story of her birth from their daughter. No details, of course, but Grace knows where she’s from.And now little Grace is exactly where she should be – in a warm family, along with loving parents.