Sharks spotted ‘closer than ever’ in NY waters amid spike in sightings, attacks 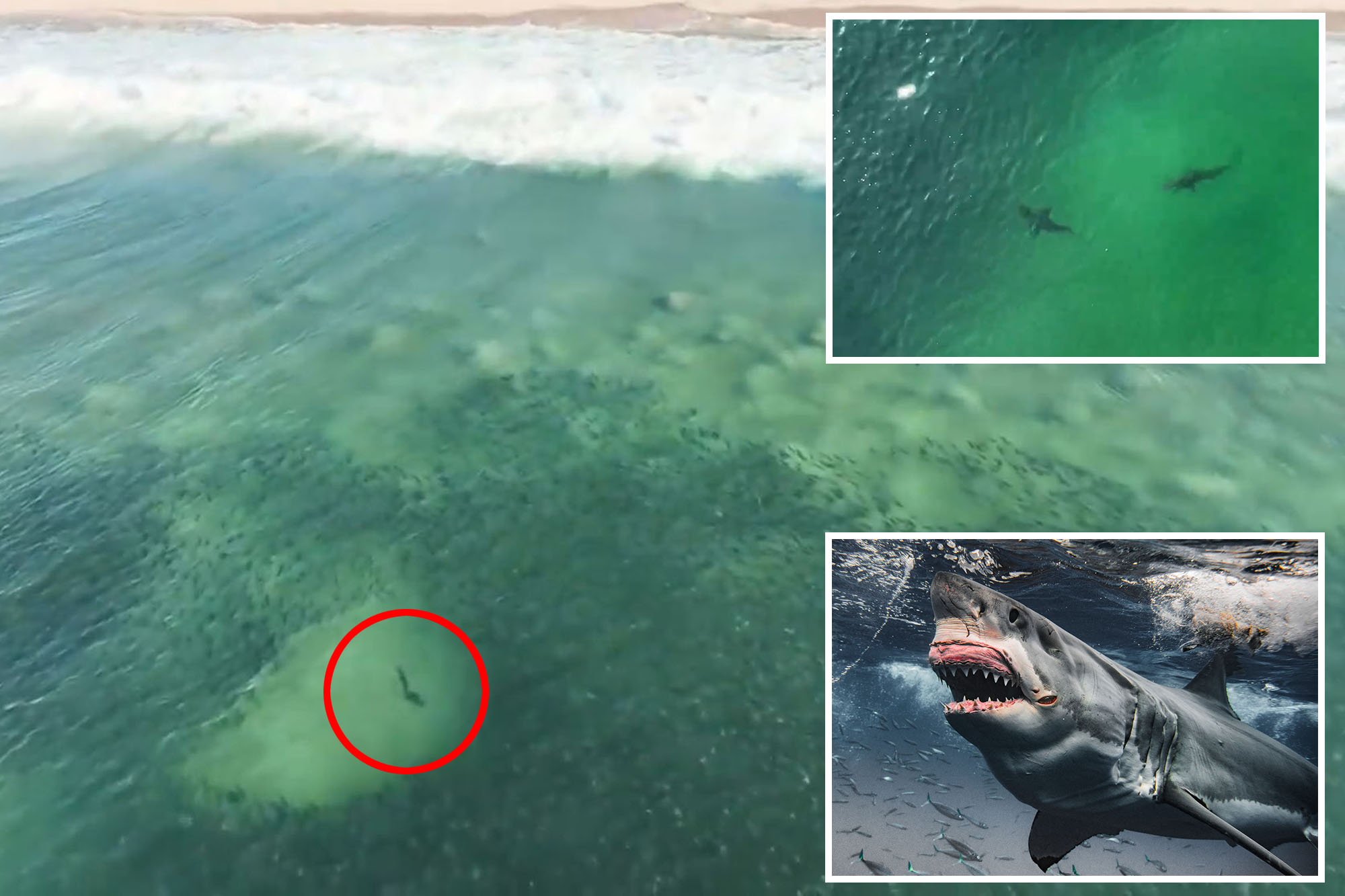 Alarming new drone footage shows sharks — including great whites — circling in the water 100 yards off the beaches of New York.

The infamous predators were filmed Wednesday swimming eerily close to the coast of Long Island amid an uptick in shark sightings and attacks in New York waters, leading to beach closures. A now-viral video of the marauding man-eaters is making waves online.

“In seven years of flying drones commercially in the Hamptons — I have never captured sharks this close to shore,” videographer Joanna Steidle told Storyful of one of the inshore feeding frenzies, which occurred a mere 100 feet off Little Plains Beach in Southampton, LI.

Steidle wrote on Twitter that the sighting was especially “frightening” as there were “5 teenagers suiting up to surf in the parking lot” nearby.
And that wasn’t her only shark footage this week. Earlier, the drone operator had uploaded footage of confirmed great white sharks — the world’s largest predatory fish, growing to 20 feet long and 5,000 pounds — also pursuing baitfish close to shore off Southampton, Fox News reported.

The Southampton Police received reports of sharks feasting on bunker fish off nearby beaches, adding in a press release they were aware of the surge in sharks in the region and were monitoring the sharktivity “every day.”

Indeed NY waters have seen an uptick in sightings over the last month, which have prompted authorities to shutter beaches across the region.
On Saturday, shark sightings forced the Parks Department to close Rockaway Beach for swimming on one of the hottest days of the summer. The week prior, authorities halted swimming at three beaches in Jones Beach State Park, LI, after two sharks were spotted in the area.

Scientists attribute the shark spike to warming waters. “Climate change is definitely playing a role […] especially in the sightings we’re seeing this year and last year,” said Chris Paparo, of the South Fork Natural History Museum’s shark research team. “As sea temperatures are rising due to climate change, a lot of fish populations are shifting north.”

In 2020, Manhasset resident TJ Minutillo landed a nearly 8-foot bull shark, a normally warm water species, which is responsible for the most attacks in the US alongside the great white and tiger shark

The area has also seen a rash of attacks this month, including an incident last week, in which Max Haynes, 16, was bitten on the foot while surfing near Kismet Beach on Fire Island.