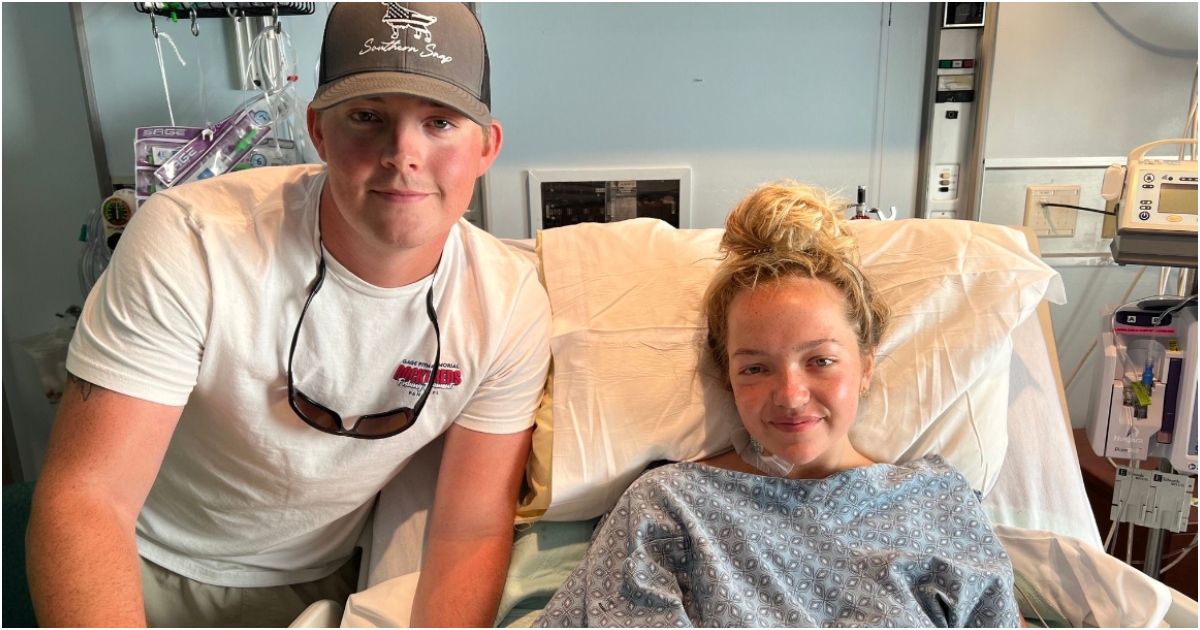 Having a quick-thinking mind benefits one when facing a life-threatening situation. Thankfully, this young man has it; that’s why he was able to save her sister from the jaws of a near-death experience.

June 30th, a 17-year-old teen named Addison Bethea was scalloping on the Keaton Beach shore in Florida when an unexpected guest joined her.

Thankfully, Addison’s knowledge about shark attacks flashed into her memory, thanks to an episode of Animal Planet. She knew she needed to punch the shark’s nose in case of an attack, however, she was latched in a position where she couldn’t reach it.

Despite her hopeless situation, the brave teenager still put up a fight against the shark. She tried pulling off her legs just by using her bare hands.
Gladly, Rhett, 22, is trained during emergency situations because he is a Taylor County emergency medical technician and firefighter. To save his sister, he relentlessly beat and kicked the shark, and when it finally let go of Addison, he immediately grabbed her and placed her on a stranger’s boat who was nearby at that moment.

The quick-thinking brother then made a 4-foot tourniquet using the boat’s rope and wrapped it around his sister’s right upper leg to control the bleeding.

Because of the severity of her injuries, the 17-year-old shark attack victim needed to undergo emergency surgery.

Despite what had happened, they were still thankful she survived from that moment of terror when she was under attack by a shark which they believed was a “bull shark” that was at least 9 feet long!

The shark attack on Addison occurred just four days after residents spotted sharks lurking nearby the same area. It also came after another attack that happened in the Florida Keys and another one in California which occurred just a few days apart.