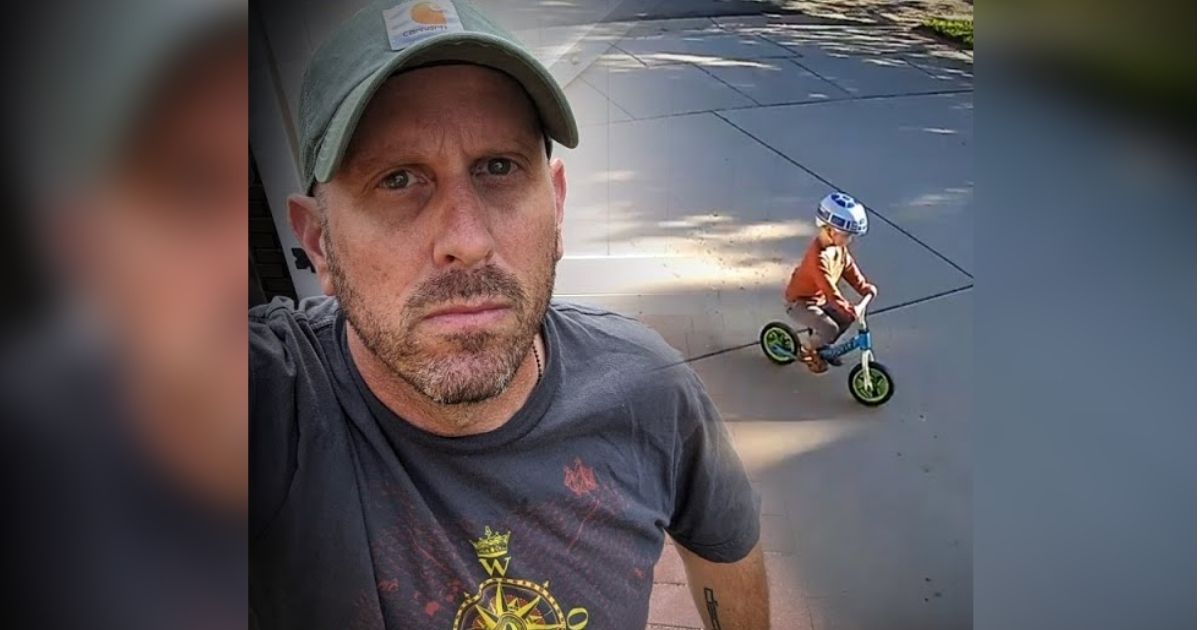 Kids and bikes are such a common theme that they’ve almost become a trope.

Young boys especially seem to love going fast and living dangerously, so naturally, they’d enjoy pedaling around the neighborhood on their own imaginary motorcycle.

Of course, this love affair with bikes doesn’t always end in childhood, with the interest being passed onto fast cars and real motorcycles in their older years. Still, there’s a freedom that a vehicle, of any kind, provides that is unlike any other.
The video is of a random kid on a bicycle riding on a man’s driveway. Normally not a problem, but in this case, the man’s security camera kept alerting him to the stranger’s presence.

Canyon Chasers is the one who uploaded the footage, which has racked up over 14.5 million views so far! It’s titled, “How I Deal With Kids Playing in My Driveway.”
Eventually, though, he began to look forward to the little rider’s visits. The man’s wife came up with a fantastic idea and suddenly, a dull summer gave birth to lots of fun.

“Every night I would get an alert from my driveway security camera, and at first I was a bit annoyed, but then I found myself looking forward to the evening alert. And then inspiration struck, in the form of my wife giving me this great idea.”
The next day, the boy returned with his mom, but this time, he pauses and gapes at the driveway. His mom gets it! She directs her blazing prodigy to the starting area of the course. What a fun surprise!

The homeowner says he would make a new course whenever it rained. It’s like the World Superbike season in your own town! The man even films himself as he describes the layout of an even better racetrack. He knows his stuff after all!

He used up as much space as possible, maximizing the driveway’s area for double the fun. The corners are more challenging and there’s even an official back straight now. They’re labeled for convenience.

The kid goes at the new layout, once again displaying his prowess behind the handlebars of his fine machine. He doesn’t make one mistake, attacking each corner perfectly, hitting the apex before accelerating out with excellent control. Even dad there looks jealous!

It was his innocence and curiosity that got the attention of a fellow rider who in turn, wanted to pass on his love for bikes and riding to the younger generation with one simple act. All it took was kindness, chalk, and a little creativity.