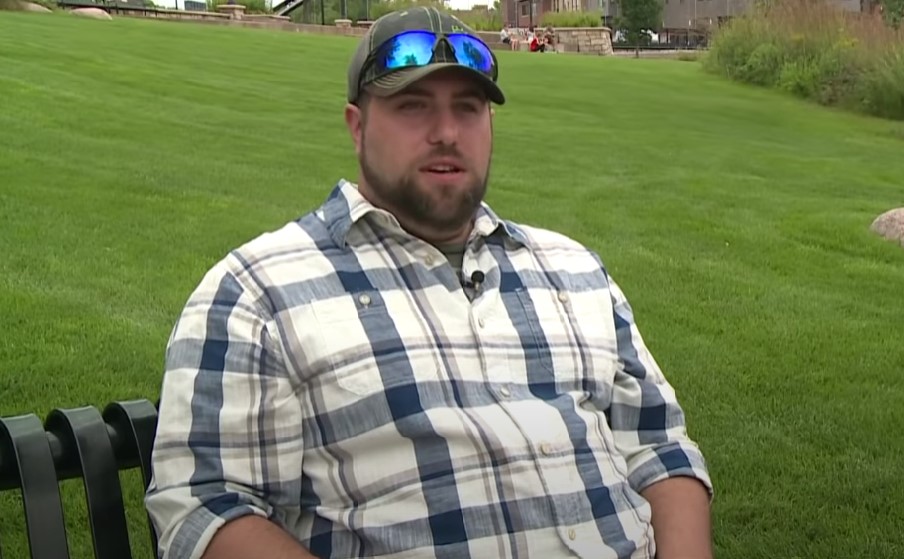 Your coworkers can often feel like family, even if they aren’t.

Often, you are spending more time each day with them than you are anyone else! Work friends can even occasionally make the leap into “real” friends if things play out right, but it doesn’t happen all that often.

For one man, however, his office friend was about to turn into his biological dad!
Nathan Boos is a Chippewa Falls, Wisconsin resident who has always known he’s adopted.
Nathan didn’t know who his biological parents were.

He was adopted right near the city where he lived, but little thought was ever given to seeing them.

Nathan’s adopted parents had known who his bio parents were, but it wasn’t something any of them talked about very often.

One day, however, Nathan’s mom noticed something weird.
Soon after, she talked to Nathan about it and he had no idea what she was talking about.

Looking into the strange coincidence, they discovered that Nathan’s dad was a truck driver… just like Nathan was.
Both Nathan and his father were truck drivers for Rock Solid Transport in Chippewa Falls, but neither one of them knew they were related!

In fact, the pair had been working together for two years and had no idea. The man’s name? Bob Degaro.

Nathan asked Bob if he knew a particular woman, Nathan’s bio mom, and Bob sure did!
The woman was Bob’s ex-wife, proving that this wasn’t some strange mixup, this was actually Nathan’s dad!

After having some conversations, Bob explained that the choice to place Nathan for adoption was due to financial struggles, plus Bob confessed he wasn’t much of a father back then.

Bob’s ex-wife had chosen the adopting parents because they were distantly related.