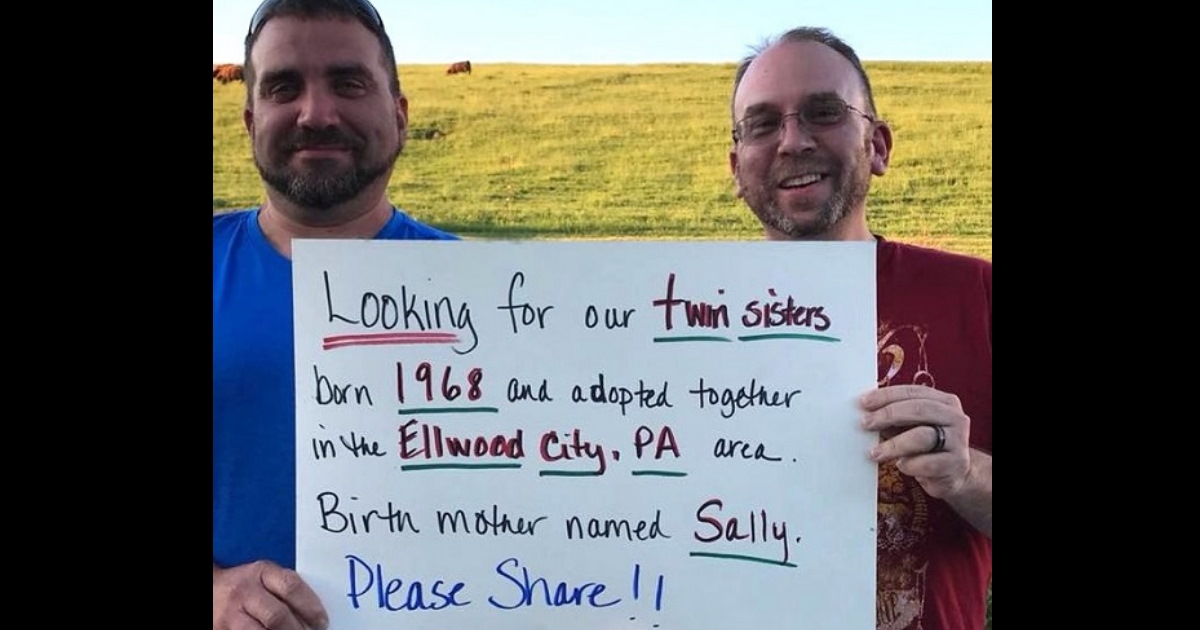 Since social media made its appearance in our lives, people have been divided into those who adore it and those who dislike it.

The latter, tend to blame social media for the fact that people now spend less time actually communicating with each other, they believe that it has estranged us, and that it generally doesn’t have any positive impact on our lives.

However, there are times when even those who despise social media recognize that it can prove helpful.
Ed, who lives in Lawrence County, had been contacted by Matt, who lives in South Carolina, after the man had taken a DNA test. Thanks to the Ancestry DNA website, Matt was able to find his lost brother and message him.

Soon, the two men met and they couldn’t believe how lucky they were to have found each other after all the years that they spent apart.
At that point, they learned that they possibly had a set of older twin sisters, who had also been adopted. So, they started thinking about how they could find their sisters, too.
Indeed, the men wrote a sign about having two sisters who had been adopted in Ellwood City, Pa. They knew the year of birth (1968) and their birth mother’s name (Sally).

So, they posted their sign on their social media and waited to see how it would turn out.
They were shocked by the number of people who shared their story. Thousands of Facebook users shared their plea and, eventually, their twin sisters, Donna and Dana, were found.
About a month after they found each other online, the siblings met, along with their families and the twins’ adoptive parents, and they just couldn’t hide their excitement.

They were all happy to see each other for the first time, and they all agreed on creating new family traditions and trying to make up for the years they lost.