Man Wins $20,000 On Family Feud, When He Hits His Knees Sobbing, Steve Realizes It’s Not Enough 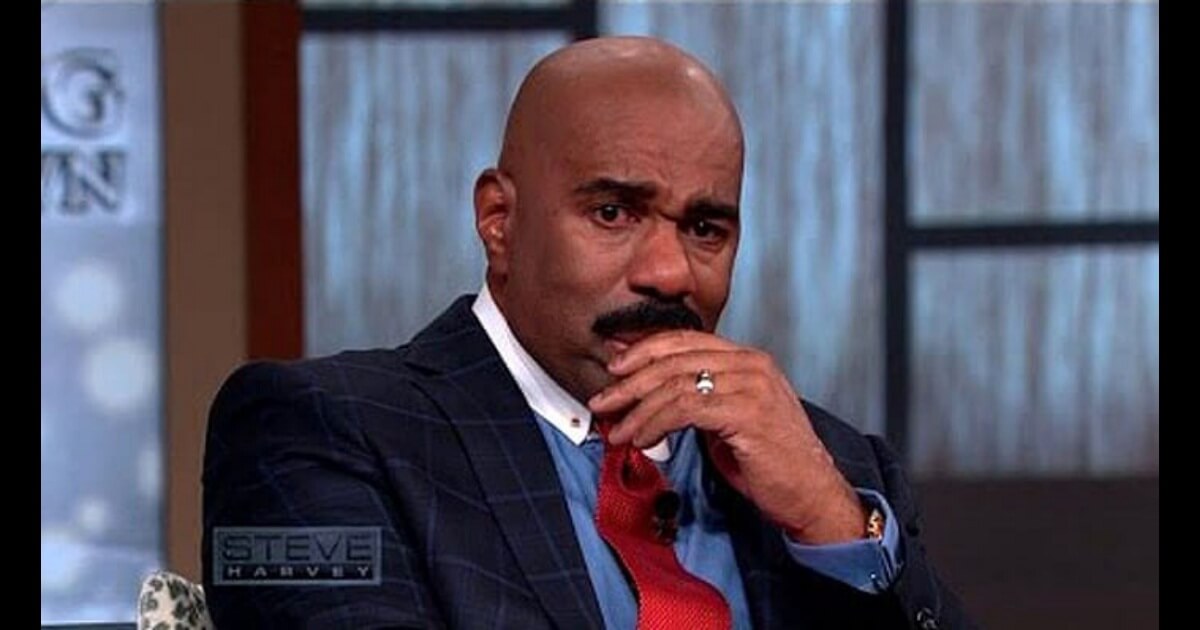 Steve Harvey has inspired America as a class act comedian, TV personality, and champion of Christian values since his supercharged faith talks to taking the bullet for the Miss Universe calamity.Steve has never forgotten his roots and will not allow the life of a rich and famous person to take him away from his poor beginnings.

He understands the importance of working hard and having little, as he is the son of a coal miner.That’s why when he met one particular guy on an episode of Family Feud, his heart shattered. Steve recounted one of the most unforgettable events in his television career while between taping of his talk show.

During the episode, the host referred to this guy as “sweating profusely,” noting that they had to change his shirt. Trying to lighten the mood, Steve attempted to joke with him but sensed something was wrong deep down.

“He had played three days and they didn’t win the money, and he was just a wreck,” said Steve. Finally, this guy (who was also the team’s captain) won the 20 grand, and he immediately fell to his knees sobbing uncontrollably.
“He just fell on his knees, and he wouldn’t stop crying,” Steve recalled. Even more intrigued about the guy’s condition at this time, Steve said how moved he was to win the cash.

That’s when the contestant looked Steve in the eye and said, “Steve, I’m terminally ill. I’ve got three months to live, and because of my illness, I can’t get insurance. I need this money for my family.”

Steve was taken aback by the man’s stubborn and tenaciousness in attempting to win a game show in his final days for the benefit of his family. After that, Steve decided to give him another $25,000 out of his own pocket.
Harvey’s selfless act of kindness for this dying man is a touching reminder of Galatians 6:2:

“Carry each other’s burdens, and in this way you will fulfill the law of Christ.”

Our thoughts and prayers are with this dedicated father and his family.