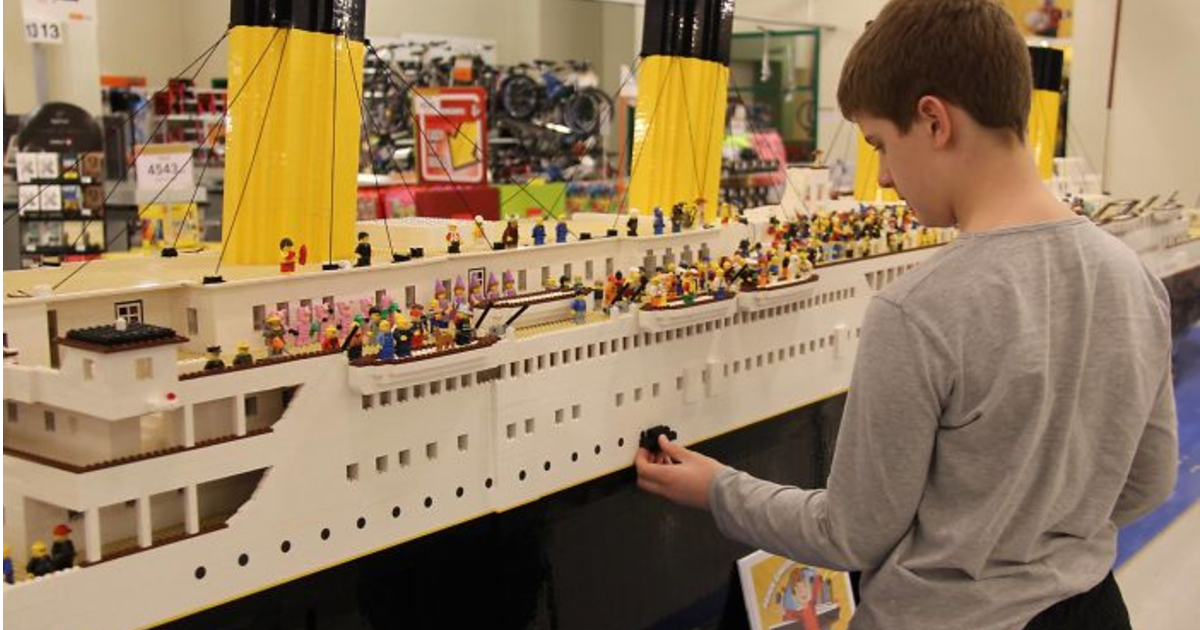 Setting out to achieve your goals can be both exciting and terrifying at the same time.Although the prospect of accomplishing something great may fill our heads with the fantasy of success and admiration, we can also get bogged down by the fear of failure and overwhelmed by the amount of work that lies ahead of us.

For one 10-year-old boy from Iceland, his goal was to build the world’s largest Titanic replica out of LEGOs.You see, Brynjar Karl Bigisson is obsessed with ships.He loves everything about them, and his favorite ship, not surprisingly, was the massive Titanic.He had spent hours researching this ship online and knew everything there was to know about it.

He became obsessed with the idea of building a Titanic of his own.

This obsession, according to Brynjar.
Because interacting with other kids was more difficult for him, he preferred to play on his own.
LEGOs allowed him to stay focused on what he was doing and provided him a space to be creative and have fun.
Brynjar told Bored Panda, “LEGO has been an important part of my life since a very early age. Because of my poor social and communication skills, I was always on my own, playing by myself, so LEGO bricks became my best friends. While building with LEGO, I was using and developing my imagination and creativity. I don’t remember feeling lonely, I was too busy building something.”
So Brynjar got to work on his Titanic build.
But he wasn’t going to be able to do it alone.

He requested some help from his grandpa and his mom.

“Obviously, I was not going to build the 7-meter (26-feet)-long model all by myself and needed to convince some key people in my life to help me,” Brynjar said. “My grandfather, Lulli, helped me to create special LEGO instructions on the real Titanic blueprints. My mother helped me to set up a crowdfunding page, so I was able to raise the money I needed to buy the LEGOs.”

Equipped with all the determination and support that he needed in order to complete his build, Brynjar spent the next 11 months working on the replica.
He would work for 3 to 4 hours every day after school.
Eventually, the Titanic replica was completed and the final result is quite astonishing.

This experience taught Brynjar many life lessons.
He was quoted as saying, “We know that if you are allowed to develop your skills through your interest, you can become stronger. I have had that opportunity and today there is nothing that I cannot do if I focus on it. This message is important for me to get across.”

He felt so strongly about this message that he decided to put together a TED talk about it.

In the talk, Brynjar lays out the three things that he believes are crucial in order to achieve success–believing in yourself, building a good team around you, and never giving up.