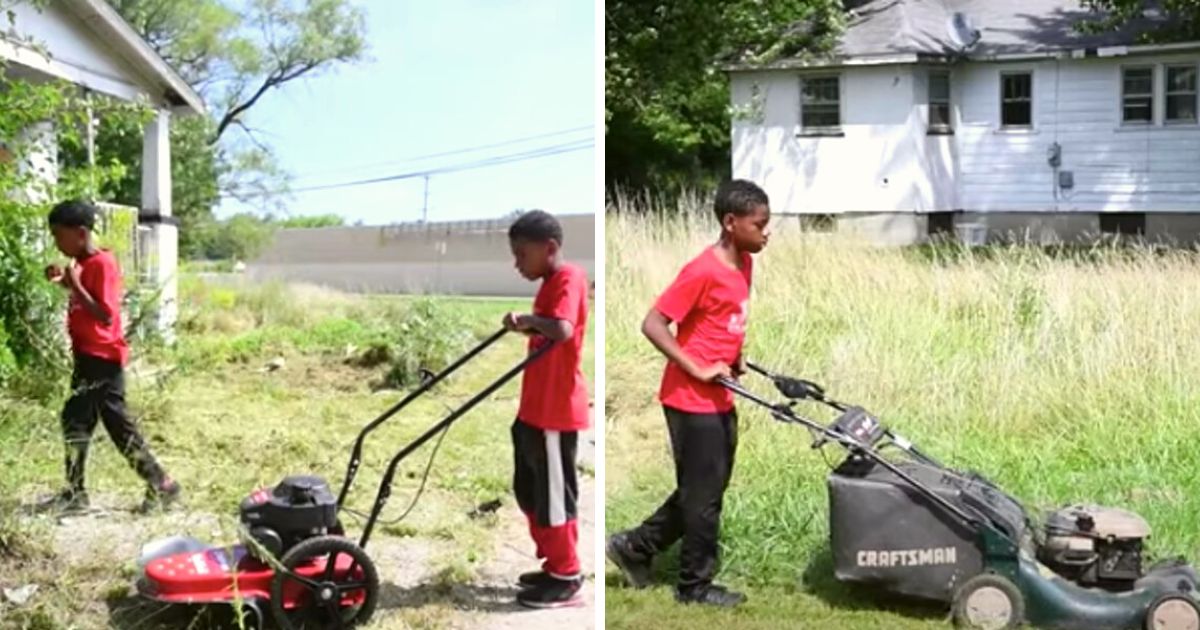 Every now and again, you run into a kid whose work ethic is far beyond their years, but have you ever run into 3 kids like that at once?That’s the case with these 3 brothers, who managed to start their own business before any of them reached the age of thirteen.These kids are seriously amazing.

It was just another summer for brothers Marcus(12), Travell(10), and Marcelino(9) McBride, doing the usual things kids do during the unforgettable summer breaks.Only this year (2021), the 3 brothers would accomplish something many adults can never achieve.

They were able to create a business together in their home of, Saginaw, Michigan, and here’s how.

It all started when the oldest brother, Marcus, approached his mother with an idea for a business.

She was glad to help.
As a parent, there are some ideas your kids come to you with that are clearly out of the question.

But when they come to you with a business plan that makes sense, you simply have to oblige.
That’s exactly what the mother of the 3 boys, Terri Reed, did when Marcus told her that the brothers wanted to start a lawn care service.
Up and running the next day
The very next day, Reed went and bought all the equipment they needed, as well as clothes to work in.

Before long, the 3 boys were mowing 2 lawns a day and raking in thousands of dollars as the 3 Amigos.
Even the name they chose for their company was perfect.

They called it 3 Amigos.
Through the summer of 2021, the 3 brothers did everything from mowing and trimming to weed whacking and cleaning up.
Not only that, but they did the job so well that they soon had dozens of regular customers.

They even scored some actual commercial properties, which are much harder contracts to land.

What started as a way to make the boys some summer money, turned into a full-fledged business. And the boys weren’t about to let winter stop them.
It’s no secret that the winters in Michigan are cold and brutal, which got the boys thinking about how they could keep their business going in the winter.

Before long they had it.
Since cutting grass and trimming lawns in the winter wasn’t realistic, they decided during those cold months they would change gears into a snow removal company.
The 3 Amigos do snow removal, too.
As if their original plan wasn’t great enough, the 3 kids decided that they could diversify during the winter months by offering to maintain the snow removal for their already existing customers.

You can check out the 3 Amigos on Facebook.
Anyone who’s started a business knows- the hardest part is building a pipeline of customers who continue using your services.
Since the boys already had that, shifting to leaf and snow removal was an easy transition. As far as we know, the boys are still running a successful business.