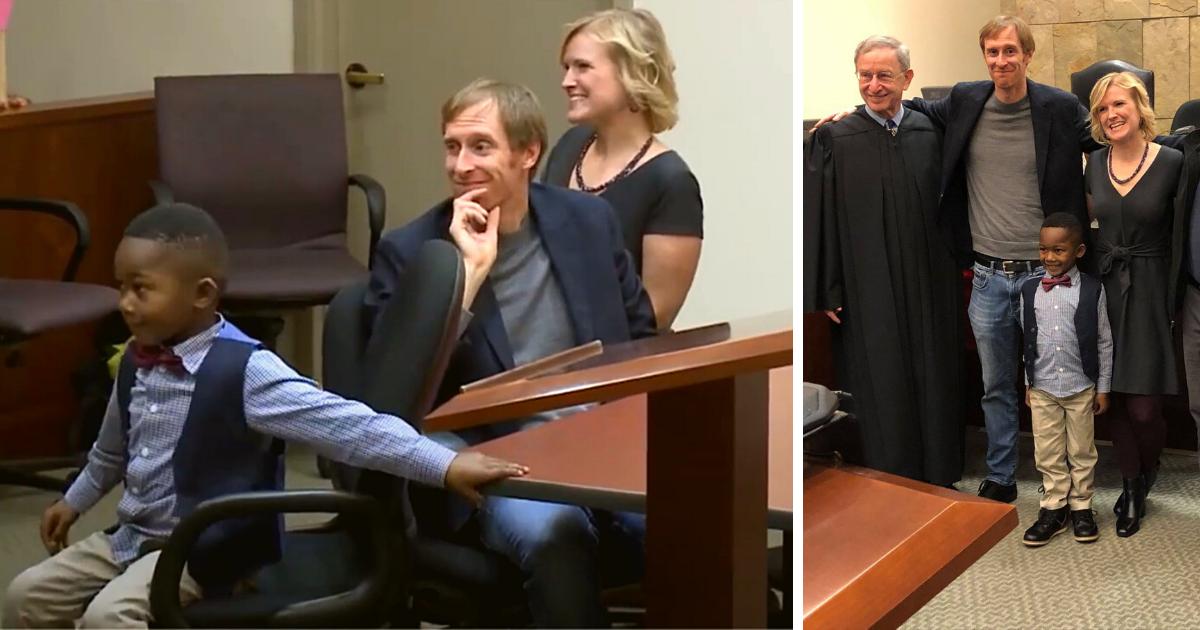 Here’s an adoption story that will surely warm your heart.Every child deserves a home. A good family to take care of them and protect them, to provide them a home where they can sleep, eat, learn, and play.However, for foster kids, this is not as easy.

There’s still uncertainty whether they’ll find their forever home or not. However, when they do, it’s the most beautiful thing in the world. So, when we read about adoption stories. It will always touch our hearts.But for this 5-year-old, it’s extra special.It was adoption day in Kent County Courthouse in Michigan.

For Presiding Judge Patricia Gardner and Michigan Supreme Court Justice Stephen Markman, they love this day because they see wishes that come true and happy-ever-afters.
Michael Orlando Clark Jr. has been in foster care under Andrea Melvin and Dave Eaton.

But on this day, his life will change forever.
This young boy probably knows how special this day is, so he went an extra mile in making this memorable by inviting his entire kindergarten class from Wealth Elementary School in Grand Rapids.
The entire class showed their support by carrying hearts on a stick, waving to Michael and his family.

Ms. Kerry McKee never thought twice of this idea. For her, this will teach the kids an important lesson that is not taught in school. She told WZZM-TV:

“The lesson is: put a little love in your heart. We rise when we support others.”

That is one great lesson to teach these kids.
Eaton said that Michael gave him an idea to invite the class because he said that he wanted them to be there because “the class was kind of his family.”

Isn’t he the sweetest? Who could say ‘no’ to that!

The couple has also looked forward to this day.
They shared that they’ve been together for ten years but never had kids before that. They thought of growing their family, so they tried fostering. That’s how Michael came to their lives. And they just love him.

Melvin said adorably about his son:

“He brings us a lot of joy. He’s just full of energy and so full of love. It’s just been great for everybody.”

This family was destined to be together. And now, the time has come.
Judge Gardner read out the certificate and signed the papers to formalize the adoption. To add to this lovely day, they let Michael pound the gavel to make it official.

He is now legally Dave and Andrea’s son.
This story touched so many lives.
This moment wasn’t only shared with Ms. McKee’s kindergarten class but with over 100,000 Facebook users (and more) who shared this story. It was indeed a wonderful day in Kent County Courthouse as 37 other children were officially welcomed into their families that day.

And there was even a special bonus.