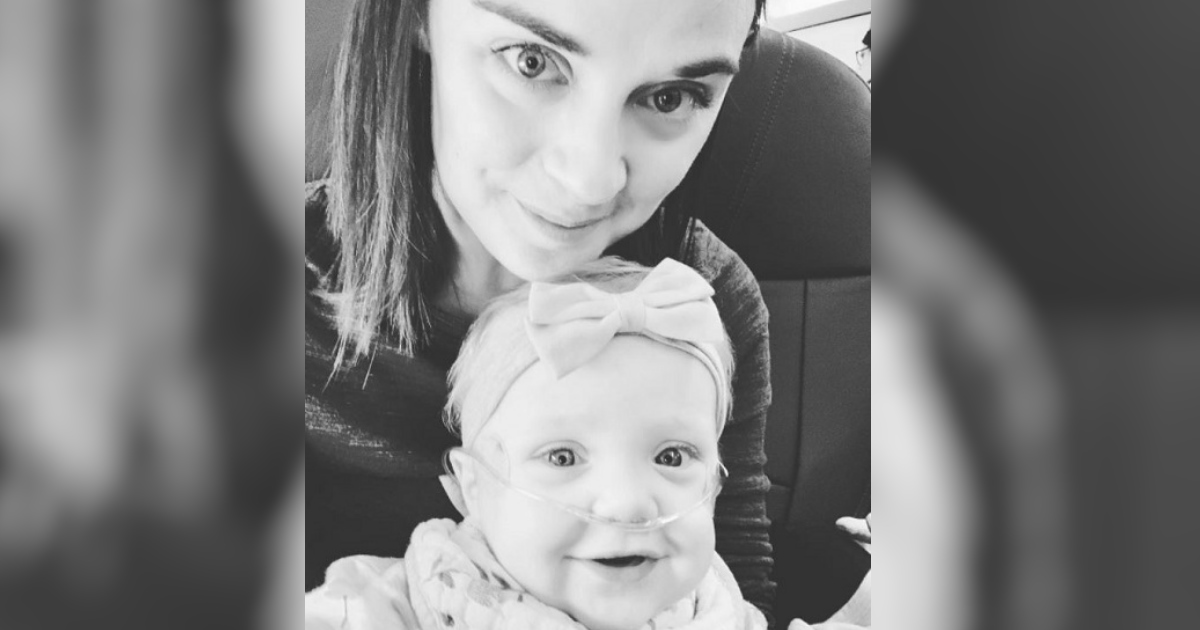 No matter where we stand in life, most of us go through many of the same obstacles and challenges. Things like going to the store for groceries, going to work every day, or making it through the airport when we need to travel. Even when we get through customs and are safely on the plane, the flight itself isn’t usually particularly comfortable—especially if you’re a mother with a baby.

Fortunately, sometimes instances like these are made easier by kind strangers.
One man ended up changing a mom’s day around after he spotted her and her baby at the airport. While he could have just sat back and done nothing – he chose to make a selfless move.

The story began when Kelsey Zwick was scheduled to take a flight on American Airlines with her 11-month-old daughter.
The flight was from Orlando, Florida to Philadelphia, Pennsylvania, a flight that takes about two and a half hours. Although traveling with a child that young is a challenge all in itself, it was made all the more difficult because Zwick was traveling with a big diaper bag and an oxygen machine for her daughter, who was born prematurely.

As it turns out, an act of kindness was about to make their flight that much easier!
After she settled into her seat in economy, a flight attendant made her way back into the cabin up to Zwick and her daughter.
She told Zwick that there was a male passenger in first class who wondered if she and her daughter might not be more comfortable in the front of the plane? Shocked by the offer, Zwick was quickly shedding tears of gratitude! “I’m just standing there looking at him, crying just saying, ‘thank you,’” she said. “He just quietly was smiling so big and was like, ‘you’re welcome.’”

Just like that, the two switched seats, and the rest of the flight passed without incident.
When the plane landed, Zwick wanted to speak to the kind stranger who had helped her and tried waiting for him at the gate.
Still, somehow the two missed each other while they were de-boarding the plane. As she started to leave the airport, she still felt a strong need to have a conversation with the man. To try and reach out to him more efficiently, Zwick decided to post a long message on Facebook about it. It read:

“To the man in 2D. Today you were traveling from Orlando to Philly. I don’t know you, but I imagine you saw us somewhere. I was pushing a stroller, had a diaper bag on my arm and also lugging an oxygen machine for my daughter. We had smiles on our faces as we were headed to see her “friends” at CHOP (Children’s Hospital of Philadelphia). We pre-boarded the plane, got cozy in our window seat and made jokes to those around us about having to sit by my yelling-but-happy baby. The flight attendant came over and told me you were waiting to switch seats. You were giving up your comfortable, first class seat to us.

Not able to hold back tears, I cried my way up the aisle while my daughter Lucy laughed! She felt it in her bones too… real, pure, goodness. I smiled and thanked you as we switched but didn’t get to thank you properly.”
She continued:
“Sooo… thank you. Not just for the seat itself but for noticing. For seeing us and realizing that maybe things are not always easy. For deciding you wanted to show a random act of kindness to US. It reminded me how much good there is in this world. I can’t wait to tell Lucy someday. In the meantime… we will pay it forward.”

As of today, the post has been shared more than 586,000 times on Facebook and has been covered by all kinds of online media outlets.

As a result of the media attention, the airline finally connected Zwick and her mysterious benefactor. The man in question was Jason Kunselman. After that, Kunselman was interviewed by Inside Edition to share his thoughts on the entire encounter:

“She said thank you and said, ‘I know I didn’t get to thank you in a proper way,’ . . . and that we need more kindness like I showed to her in the world.”

Above all, Kunselman said that exchanging seats with Zwick and her daughter was simply the right thing to do.

While this story may seem like just one small incident, it made the world of difference to Zwick and her daughter. It’s very inspiring, as it goes to show that one selfless move really can help turn a stranger’s day around.