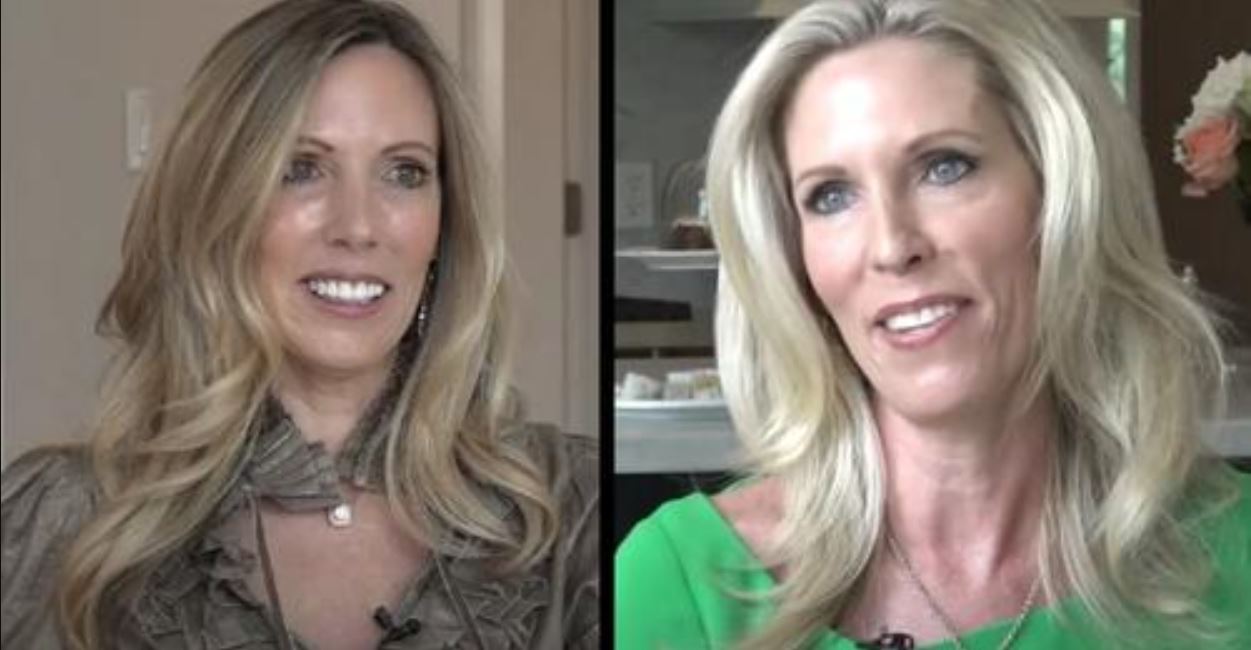 Sisters Stephanie Murphy and Hilary George spent their entire lives not knowing the other existed.

Only to later realize they lived mere miles apart and even had the same circle of friends.
Their kids also have the same friends!
What’s even crazier is the fact that they look so strikingly similar that they could literally be twins.

Both girls grew up living thousands of miles apart in different states only to end up living in Arizona years later.

Murphy grew up in Reno, Nevada, while George was born in Bozeman, Montana. Murphy was adopted when she was just 7-days old and has a sister.
About half of these adoptive families have both biological and adopted children.

While only 2 percent of Americans have adopted, more than one-third have considered it.
There are about 7 million Americans that are adopted.

About 140,000 children are adopted by American families each year.

Open adoptions, which can allow children to have access to information about their biological family, are much more common these days.
About 60 to 70 percent of adoptions nowadays are open adoptions. But these sisters apparently didn’t have that luxury.

George grew up with two brothers and ended up moving to Arizona because her husband wanted to attend graduate school there.

Murphy wound up moving to Arizona to attend Arizona State University.
They lived just miles apart for 18 years without ever meeting one another or knowing the other existed.
That miraculously changed when both women just happened to get ancestry.com kits.

Murphy was gifted one by her adoptive parents for Christmas.
George purchased one for her adopted daughter who is from Vietnam.
Once Murphy got a match she did some Facebook searching and found that she and her match had mutual friends who ultimately put her in contact with her sister.

Their DNA results came up with a 99.9 percent match.