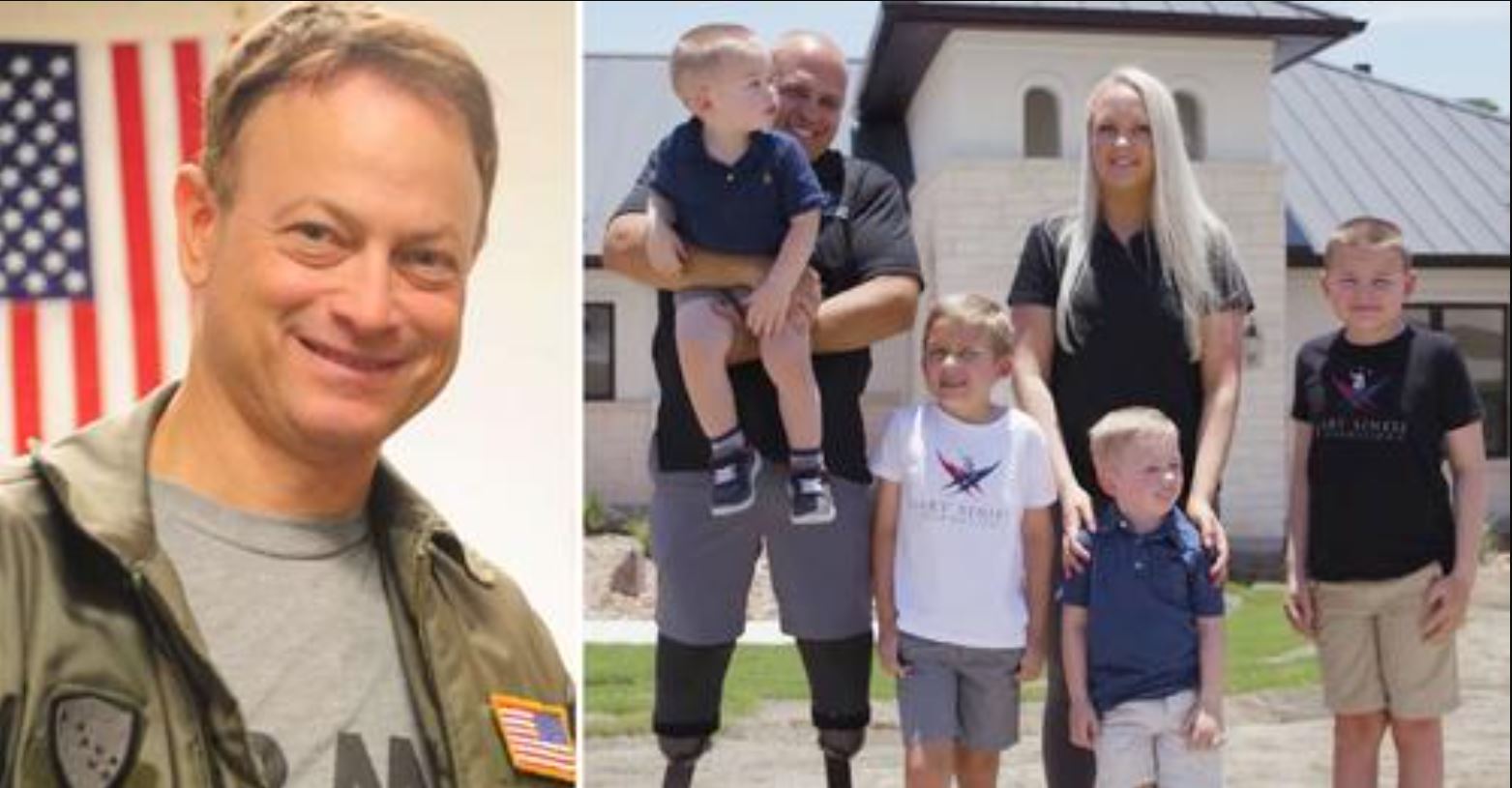 Many people know and love actor Gary Sinise, who has appeared on our screens for decades in many memorable roles. He’s best known for playing Lt. Dan in Forrest Gump, and also co-starred in Apollo 13, The Green Mile and CSI: NY.

But many people love Sinise for his off-screen charity work. He’s been involved in many veterans organizations. His own charity the Gary Sinise Foundation has done great things for people, from helping wounded veterans to taking children of fallen military members to Disney World.

And recently, he changed someone’s life again, helping a wounded veteran get his dream home.
Cpt. J.J. Guerrero is a veteran of the Marine Corp and the Army, serving his country for 23 years after immigrating to the US from Peru. But like many soldiers, he paid a big sacrifice and was gravely injured in combat while stationed in Iraq.

“I was hit by an EFP which is an explosively formed penetrator,” Guerrero told News 4 San Antonio. “It’s like a mortar tube you would see with fireworks packed with explosives. One of them went through the bottom portion of the vehicle on the driver’s side. I remember every second of it. I never closed my eyes.”

The EFP detonated approximately 25 feet ahead of his vehicle. As a result, Guerro broke his tibia and suffered a fractured left ankle. In addition, the skin and muscles surrounding the injured areas and his lower legs were wounded.

Then, in June 2014, the veteran developed a rare form of skin cancer on his left heel, worsening things. The doctors had to amputate Guerrero’s left leg below the knee, leaving him a double amputee below the knees – but cancer-free.

Despite all this, he can walk thanks to prosthetic legs, and has a positive attitude about his situation: “My train of thought was: if I can do without one, I’m pretty sure I can do without two.”

According to News 4, Guerrero received the Purple Heart, a military decoration given to soldiers wounded in combat. And recently, he received another honor — one that changed the lives of him and his family.

As part of its ongoing efforts to help US military veterans of all walks of life, Gary Sinise Foundation has a program called R.I.S.E. (Restoring Independence Supporting Empowerment) that builds smart homes specially adapted for wounded veterans.

Cpt. Guerrero and his family became the most recent recipients of this gift from the foundation, receiving a brand-new home in Tapatio Springs Hill Country Resort in Boerne, Texas.

The home was built special for the veteran, making things easier for him to operate. It includes an expanded kitchen (because the family loves to cook), smartphone-operated lights, and a special shower — which Guerrero says is the most exciting part.
“This first thing that I’m going to do is, I’m going to take a shower,” he told News 4. “I have not taken a shower since 2010. I had to use a sprayer.”
Another favorite part of the house: the American flag, which the vet proudly hung outside.