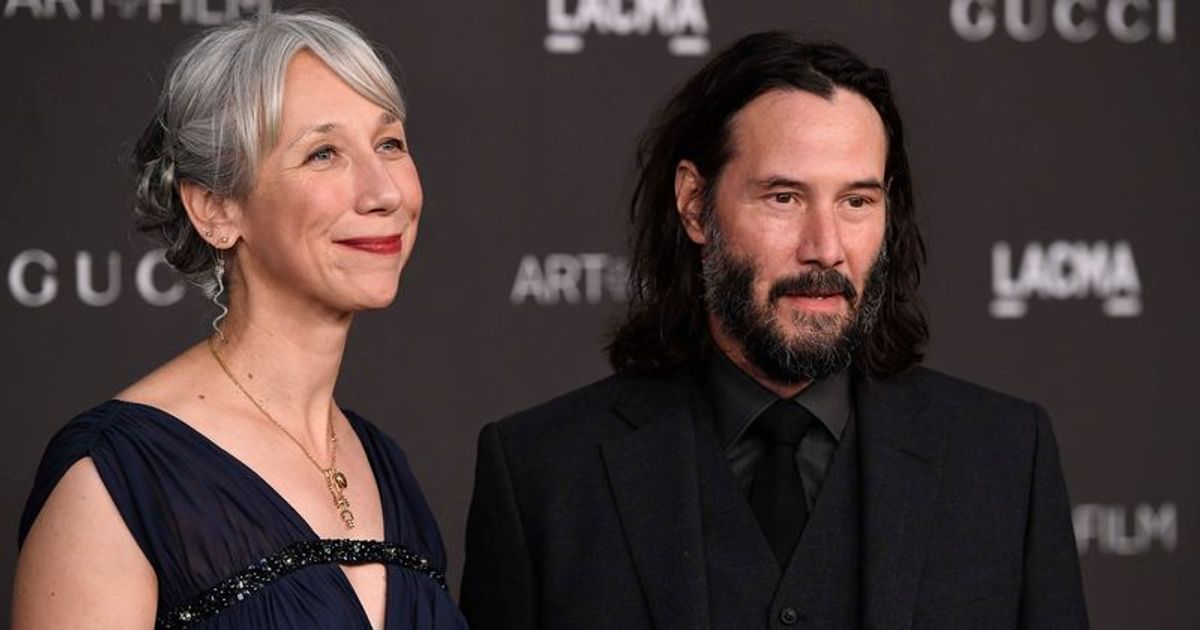 Did Keanu Reeves just propose to his longtime girlfriend? Reeves was first spotted publicly stepping out with longtime friend, artist Alexandra Grant in 2019. The pair was photographed holding hands while attending the LACMA Art + Film Gala presented by Gucci in Los Angeles.

According to PEOPLE, the two have known each other for years. Grant first collaborated with the actor on his first book Ode to Happiness, providing the illustrations. She also worked on Reeves’ 2016 book, Shadows.Closer Weekly reports that the pair have been dating for four years.

A source told the outlet that he’s sure “she’s The One.” They told Life and Style exclusively that “Keanu isn’t hiding the fact that he’s going to propose to Alexandra. His friends know how happy he’s been, he’s talked about making Alexandra his wife and he was recently spotted ring shopping in West Hollywood. Keanu and Alexandra have both been in relationships before, but this is by far the easiest.

They just flow well together, they mesh perfectly.” The source continued, “Maybe it’s because they’re mature, stable, and know what they want from life. There’s no drama. And of course, they love each other. He adores Alexandra.” The outlet noted that Keanu, 57, and Alexandra, 49, have been together as a couple since 2018. Reeves has always kept his dating life very quiet.

Grant opened up about her relationship with Reeves for the first time in an interview with British Vogue in 2020. She also admitted that her 2011 book with Reeves was a gift. “The book was made as a surprise, by me, for Keanu, as a private gift,” confirmed Grant. “All our friends sitting in the room got the giggles when I gave it to him – they said, ‘Please publish it!’ So that’s how we got into publishing.” When word of her relationship got out in 2019, she was amused.

“I think every single person I knew called me in the first week of November, and that’s fascinating,” she said. “But the question I’ve been asking in all of this is: ‘What is the opportunity for good?’” The artist has been a bridesmaid seven times and even officiated at one friend’s wedding but when asked how she feels about marriage, Grant kept coy.

“Over a glass of wine… I would love to tell you,” she said. “Love at every level is deeply important to my identity. How’s that for dodging the question? I do not believe that isolation is the way. There is a period of isolation that I do as a painter, but I deeply value the experience of being in relationships.”

Recently a source told OK! magazine that the actor did end up proposing to his longtime girlfriend. “Keanu popped the question after they returned home from Europe, where he was filming back-to-back movies, and she was there the whole time to support him,” claimed the source. “That’s when he realized he can’t live without her.

It was a heart-to-heart with Sandra (Bullock) that finally inspired him to put a ring on it,” added the insider, “and he’s so happy that he did.” The wedding will be an intimate ceremony, according to the source who added that it “will be very laid-back and take place outdoors before a small group of family and friends. Of course, they’re writing their own vows—and no doubt it will get very emotional.”