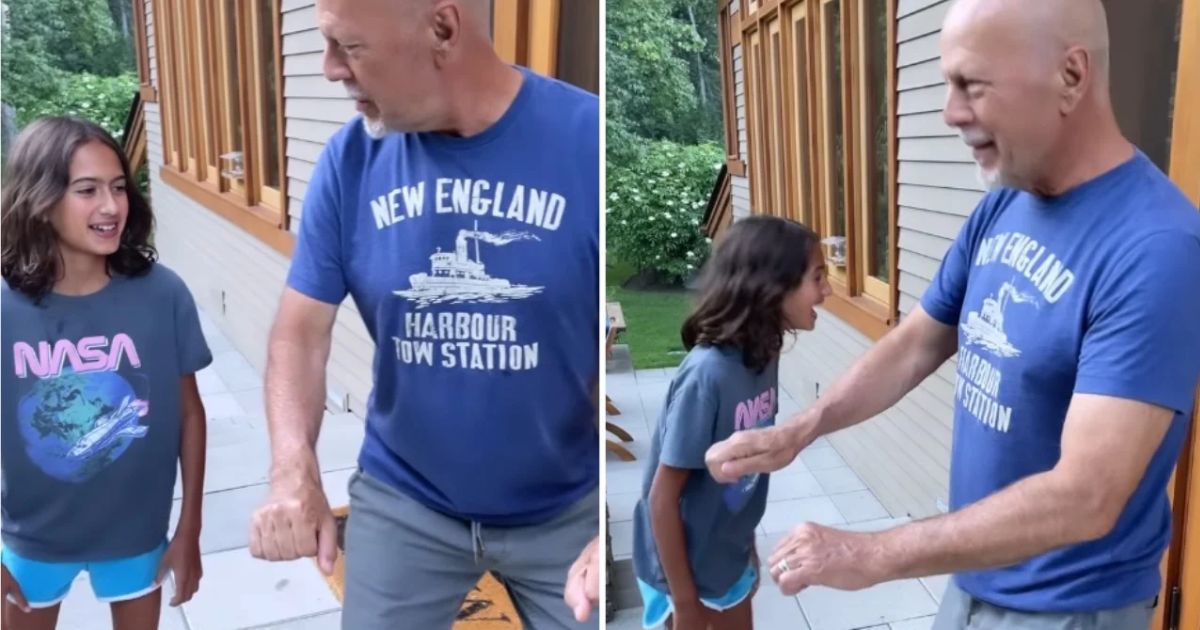 Like the rest of us, celebrities are also regular people who love to enjoy life and see the fun in even the simplest things. They might seem too far and out of reach because of their fame and fortune, but whenever we see them doing regular things, we realize that they, too, are simple people like us.

Hollywood star Bruce Willis is an actor that we all admire.His movies and shows have been blockbuster hits that we all consider memorable parts of our lives. Who doesn’t remember Armageddon? Or you might remember him from the movie The Sixth Sense. And does Die Hard sound familiar? Of course. it does!

These are only some of his notable works in Hollywood and because of this, people all around the world have regarded Bruce Willis as a star. Is he even human at all?

Apparently, Bruce Willis is human, too. In fact, he was recently diagnosed with a condition called aphasia.

Earlier this year, the actor’s family shared the devastating news about his condition, which leads to him having a hard time communicating. Due to his aphasia, Bruce Willis had to retire from acting and live a life away from the limelight.

Bruce has been under the spotlight for about five decades. His long and outstanding career in Hollywood included famous shows and movies that he starred in.

Fortunately, for Bruce Willis’ fans, the actor keeps them updated by posting on social media.
His wife, Emma Heming Willis, also shares regular peeks at their daily life, showing fans that Bruce is doing final and is enjoying his life with his family.

In a recent video she uploaded on Instagram, she surprised everyone with a video of Bruce Willis dancing. Wait, what?

Did she just show us a video of the seemingly serious actor grooving it out?
Yes, in the video, the legendary Bruce Willis is dancing with his daughter, Mabel Ray, 10 years old. The two of them are having such a great time while dancing to a fun remix of Lizzo’s “About Damn Time.”

The dance number, or more like a dance battle, started with Mabel giving it to her best at dancing with her hips. Her Dad copied her moves, but because he looked awkward with the hip thrusts, Mabel could not keep herself from laughing out loud.

The dance battle between bruce and his daughter just gave us a glimpse of their daily life.

The video received tons of reactions and comments, and fans are glad that Bruce is doing well even though he’s been away from acting. His happiness with his family is obvious and his smiles are bright as he laughs and dances with his daughter.

Fans all over the world can now rest easy because their beloved veteran actor is having a great time. he might be acting almost all his life, but this part of him makes us all remember that he is also like us.