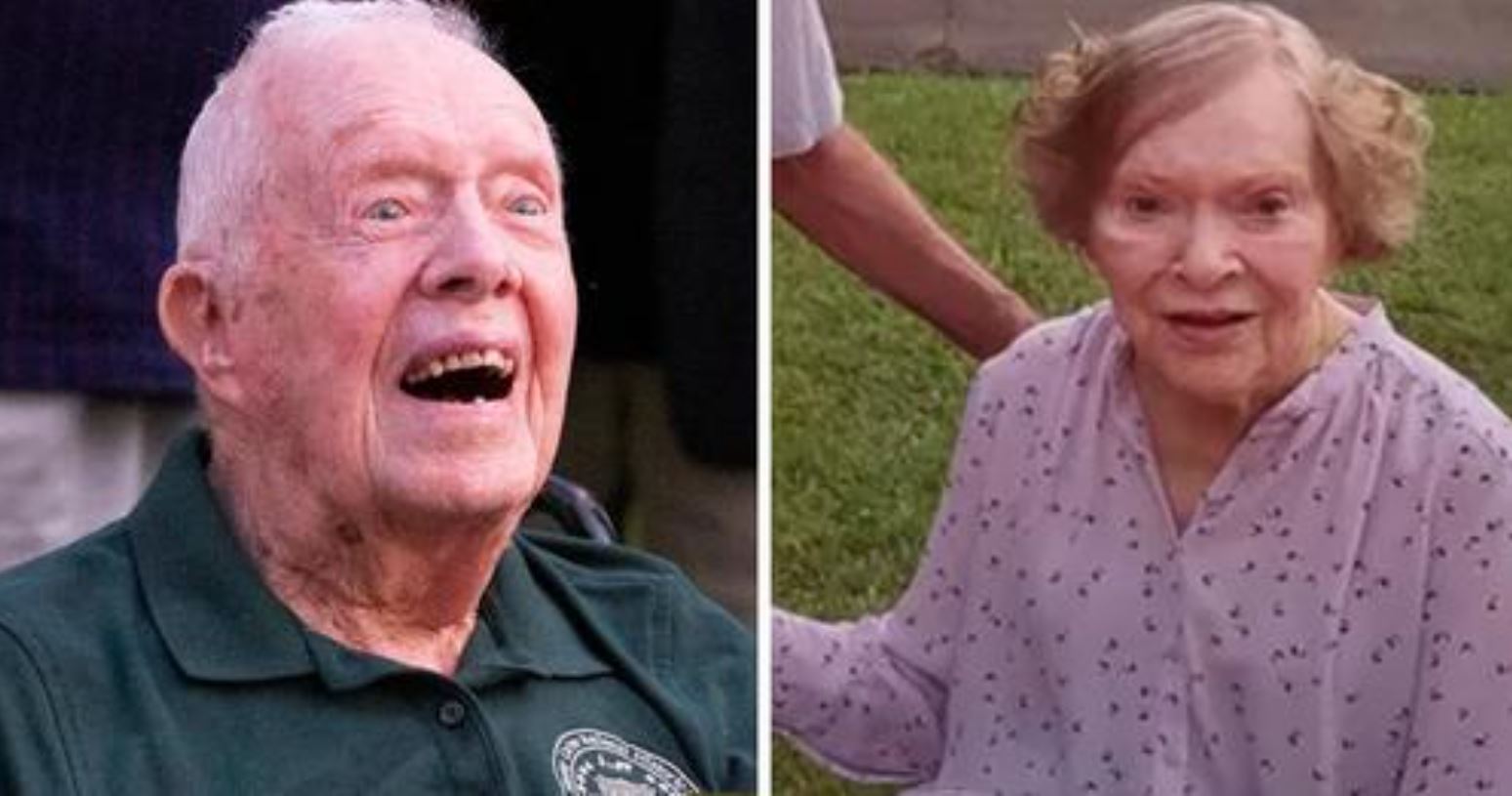 Former President of the United States Jimmy Carter and his wife, former First Lady Rosalynn Carter, made a rare appearance in Plains, Georgia at the weekend.

As per reports, the couple talked with people for more than an hour at the unveiling of a giant butterfly statue to honor First Lady Rosalynn’s 95th birthday this week.

The statue, dedicated by the Friends of the Carter’s group, has eight limbs and 18 butterflies that hover over the greenery. It’s located in the field next to the home where Rosalynn grew up, and is part of the Rosalynn Carter Children’s garden.

Of course, the former First Lady isn’t the only one in her household soon to be ringing in another birthday.

Former President Jimmy Carter also has a birthday coming up – he’ll turn the grand old age of 98 in October.

“He reads his Bible every day, is engaged in family meetings and chimes in on decisions related to the Carter Center in Atlanta,” said Tim Buchanan, with the Friends of the Carters organization.

Carter, who served as the 39th President of the United States between 1977 and 1981, has lived in his hometown of Plains, Georgia since leaving the White House.

In 2002, he was a recipient of the Nobel Peace Prize thanks to his efforts towards finding peaceful solutions to international conflicts.

Recently, the Carters made the headlines as they celebrated their 76th(!) wedding anniversary. The couple currently hold the title for the longest-married presidential couple.

As per reports, Jimmy first met Rosalynn when he was home on break from the Naval Academy.

He felt they were a match and asked her out on a date.

“She was beautiful and innocent, and there was a resonance,” he told People.

Although there was some initial pushback from Rosalynn – she continued to date while attending college – the two eventually wed one month after she graduated.

She reportedly promised her father while he was on his deathbed that she wouldn’t marry before she finished school, and she made sure to keep her promise.

Naturally, 75 years of marriage is no easy feat, not just because of the stresses of every day life, but also because few people are fortunate to live long enough to celebrate such a milestone.
The Carters, though, have been by each others’ side through it all.

Rosalynn was there throughout Jimmy’s presidency, where she became his closest adviser. After the they left the White House and the couple returned to the home they built in Plains, it was Rosalynn who managed the family peanut business.

So how exactly have the couple been able to survive the trials and tribulations of 76 years of marriage?

They say it all comes down to a few simple things.

“Jimmy and I are always looking for things to do together.” Rosalynn said. “Each [person] should have some space. That’s really important.”

“I’ve been very happy,” Jimmy said. “And I love her more now than I did to begin with — which is saying a lot, because I loved her a lot.”

Of late, there’s been some degree of focus on Jimmy Carter’s health, with the former president having endured some scares. In 2019, he fell and broke his hip, while the 97-year-old is also a survivor of brain cancer.