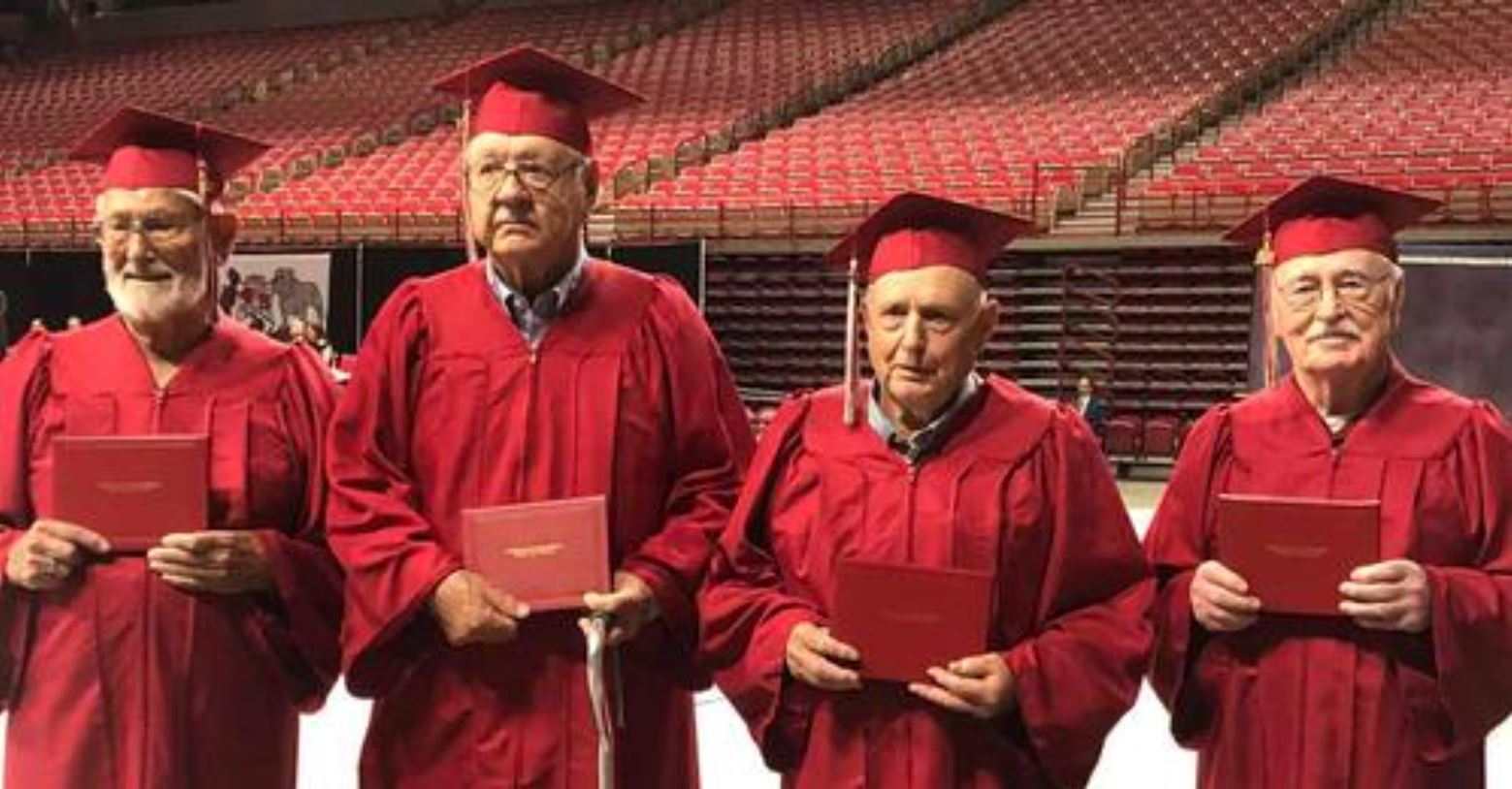 When the Springdale School District celebrated the Class of 2022 they also honored four students who would have graduated in 1956 had they not decided to join the military.

The four men were seniors at the high school in 1956, but none of them received of diploma from the school.

“I took a GED test when I went into the Air Force and at the time, Springdale didn’t recognize the GED test,” Self said. “I got a diploma from Little Rock Central.”

It was only received that the district learned of their failure to receive a diploma from the high school while coming across the men while they were having lunch one day.

The inclusion of the super seniors was a surprise for the graduating class, and it was one that came with a lesson.

“They served during the time of the Korean conflict and beyond. At that time, they didn’t think about themselves, they didn’t think ‘What about me?’” Womack wrote. “They answered the call of duty. Is that not the truest spirit of America?”

Educators also took time to list each veteran’s accomplishments since joining the Air Force in 1956.