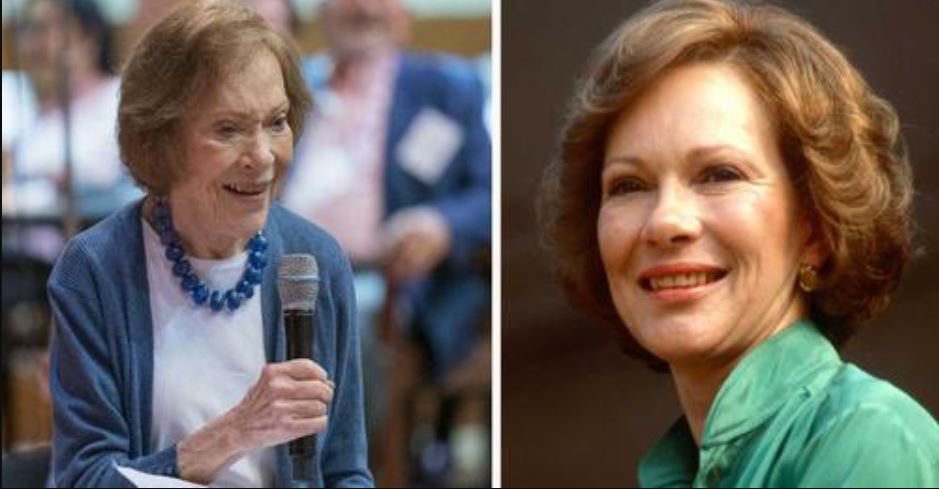 Although it’s been 41 years since Jimmy Carter and Rosalynn Carter left the White House, the former President and first lady have kept busy since their days at 1600 Pennsylvania Avenue.

In celebration of Rosalynn’s 95th birthday, let’s take a look back at some of her accomplishments, both while her husband was in office and after.

Rosalynn Carter served as the first lady from 1977 to 1981, during that time she focused her attention on performing arts and mental health.

During her first interview as first lady she told The New York Times her goal was:

She served as an honorary chairman of the President’s mental health commission and became instrumental in passing the Mental Health Systems Act of 1980.

Following their time at the White House, Rosalynn and Jimmy founded The Carter Center.

The idea of the not-for-profit organization was to promote peace and human rights around the world.

Since the founding of The Carter Center, the former President and first lady have kept active with the organization.

Even in their old age, the two regularly participate in fundraisers and events to help promote the center’s humanitarian work.

In 2020, Rosalynn and Jimmy showed their support for The Carter Family Foundation by aiming to raise $500,000 by Jimmy’s 96th birthday to be put towards fair and equitable housing in their hometown of Plains, Georgia.

In keeping with her humanitarian efforts, Rosalynn used her 95th birthday to bring awareness to the endangered monarch butterfly. Days before spending a “quiet” birthday at home with family, Rosalynn and Jimmy made a rare appearance at the Rosalynn Carter Butterfly Trail.

The occasion was meant not only to celebrate Rosalynn’s 95th birthday, but also to unveil a butterfly sculpture in honor of the former first lady.

And at 95 years old, she still remains quite active in her advocacy work.

Happy birthday, Rosalynn! May you have many more, and may you continue leading an inspirational life of advocacy.