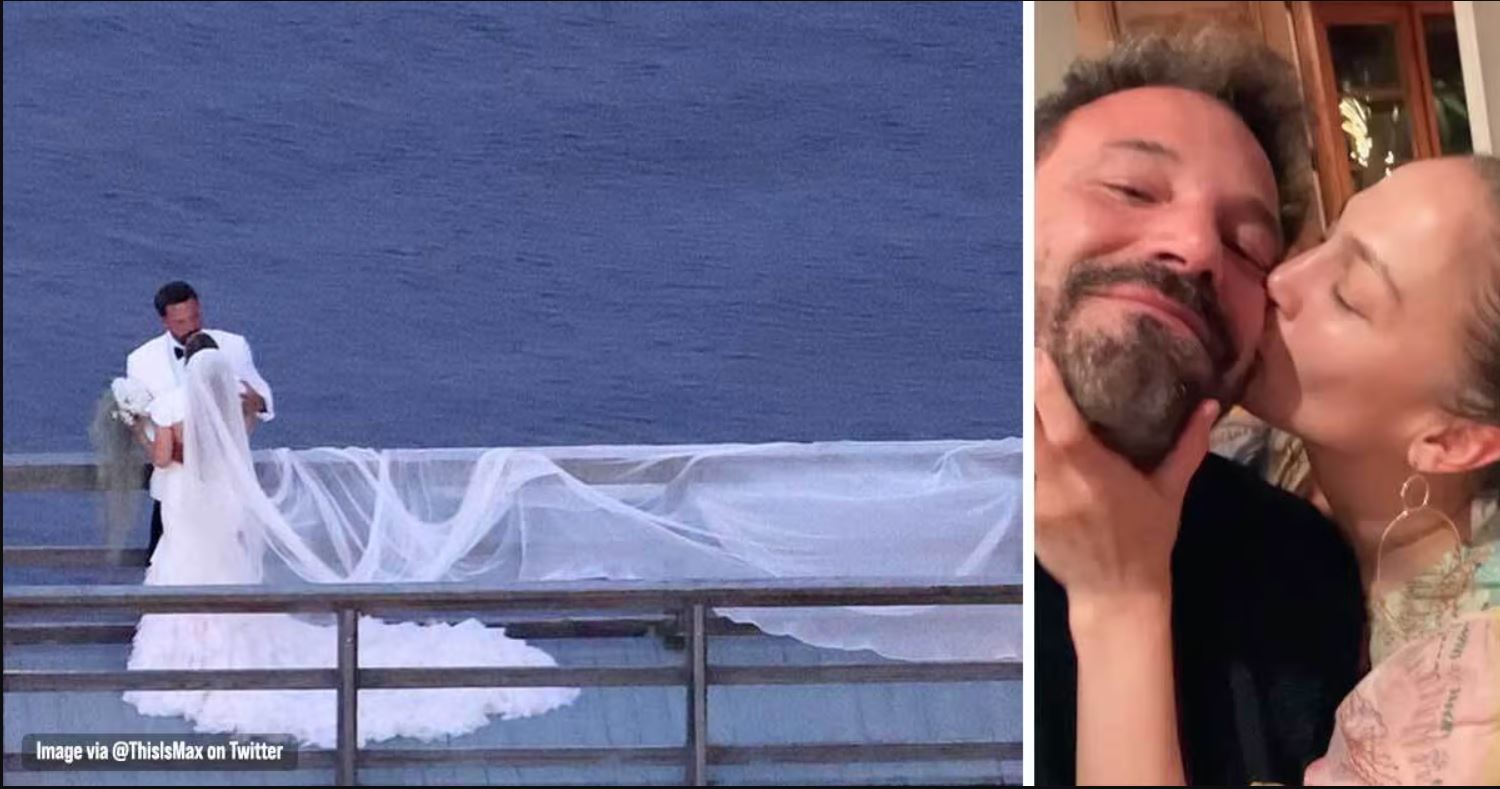 Jennifer Lopez & Ben Affleck have been making headlines this year in a very positive way. The couple first tied the knot in July 2022. To top it off, the couple had a second wedding – a three-day event at Affleck’s home.

The event started on August 19th and ended on August 21st – it was a massive and beautiful event with some of the biggest names in the industry. The festivities kicked off with a gorgeous dinner event on Friday, ending with a sweet and romantic picnic on Sunday.

Jennifer Lopez walked down the aisle with her kids behind her, the internet has been buzzing about her dress ever since.

Ben Affleck & Jennifer Lopez had always been the “it couple” for over a decade now. The couple starred together in the movie Gigli where they became quick friends and started dating in 2002. It was a short-lived relationship that ended in 2004. They both went their separate ways and married other people – only to come back together stronger than ever in 2022.

The couple’s relationship took 20 years to develop into something unbreakable and now they have made it concrete with this marriage. They exchanged vows at a chapel in Las Vegas in July. While speaking to Good Morning America, chapel worker Kenosha Portis had this to say:

“They were very sweet and they both were emotional, they cried to each other.”

“The kids were right there behind them. She had on a nice elegant beige lacy-type dress. It had a train on it.”