Tom Selleck has been Happily Married to Jillie Mack for more than 34 years: ‘I’m Pretty Romantic’ 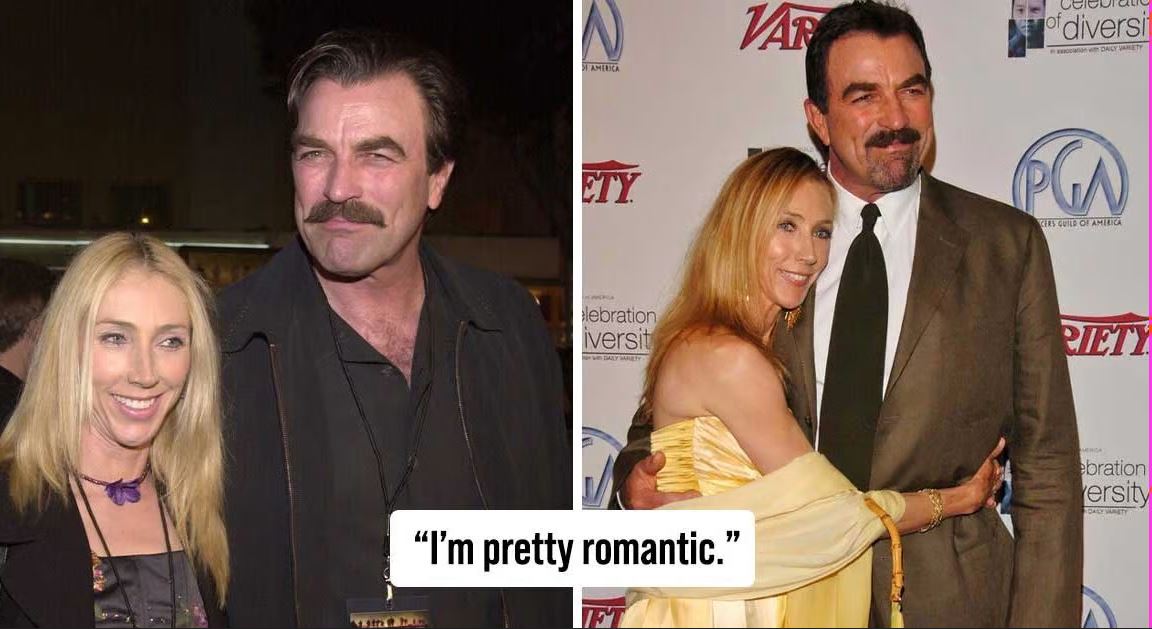 Thomas William Selleck, popular as Tom Selleck, is an American actor who played the role of a private investigator in the T.V. series Magnum, P.I. and received five Emmy Award Nominations for Outstanding Lead Actor in a Drama Series.

His notable projects include Blue Bloods, Three Men and a Baby, Quigley Down Under, Friends, Mr. Baseball, Jesse Stone, Runaway, and Monte Walsh.

The Friends actor first married former American actress and model Jacqueline Ray in 1971 and welcomed his son Kevin in 1973.

After staying married to Ray for almost eleven years, Selleck parted ways with her in 1982 – ‘It wasn’t meant to be.’

The Emmy-winning actor married again in 1987; this time, he got lucky enough to find the Love he was looking for.

Selleck met his now-wife Jillie Mack in 1984; “The couple reportedly met when she performed in the West End production Cats (1984) in London. At the time, the Michigan native was filming his crime thriller Lassiter. Selleck, who separated from his ex-wife two years prior, was smitten by Mack.” Per Sportskeeda.

“Selleck and Mack reportedly had dinner together after their initial meeting, which turned into a relationship within a short period of time.”

“Three years after their first interaction, the pair got married in private at Lake Tahoe in Incline Village, Nevada. The couple now lives on their ranch in Ventura, California, which they acquired in 1988.”

The couple had been married for more than three decades now and according to Tom, his relationship with Jillie has grown stronger with every passing year.

“I don’t think the infatuation stage of any relationship lasts forever, but it can grow into something. It just grows more satisfying. You become true partners.” He told Closer Weekly.

“I get up before Jillie and put on the teakettle, so when she gets up, her tea water is hot. I think I’m pretty romantic.”

“We’re both independent. He continued. There is a lot of yin and yang in us,” explains Tom, who confesses that he is the quieter, more introspective partner in their relationship, while his wife is more outgoing and exuberant. “Jillie has this sort toof joie de vivre, this effervescent quality that just lights up a room. Apart from being my wife, she’s my friend.”

The duo shares one daughter together, Hannah who’s almost 32 now.

“Tom works to maintain their lifestyle, but he wants Hannah to have something to fall back on,” a source told Closer. “Her equestrian career is so expensive — her horses are $300,000 each. Tom will pay for them because that is her career, but he doesn’t spoil Hannah with material things.”