Love of James Bond. 25 years together — A story of loyalty and love 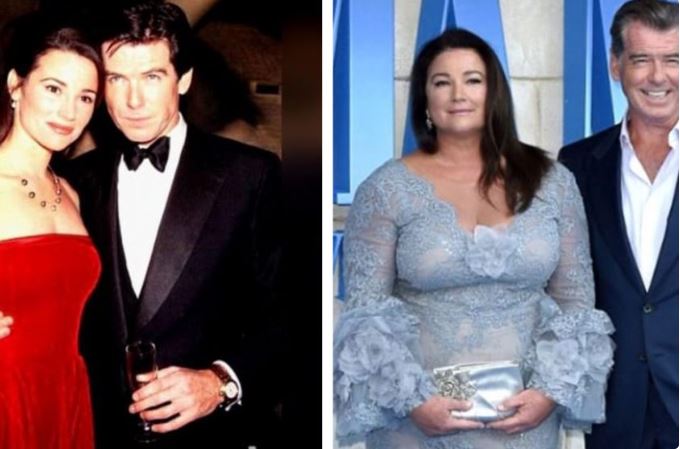 The life-long love story of actor Pierce Brosnan and his wife Keely Shaye is even better than in movies. The couple recently celebrated
their 25th anniversary together, and they still seem to be just as in love with each other as they were a quarter century ago.
Brosnan has never concealed his affection for his wife, which still surprises many — saying that so many years have passed, and they
still can’t get enough of each other.
On the occasion of the anniversary, the actor posted a photo of himself and his beloved wife with the caption, «Thank you for your love over the past 25 years, my love.»

Pierce Brosnan met his future wife in 1994 in Cabo San Lucas. Keely Shaye was working as a reporter and met the actor at a party after
her interview with Ted Denson broke down.

Seven years later, in 2001, the couple married. The wedding took place in Ireland, where the actor was born in the ancient Catholic
Church abbey Ballintubber, founded by the kings in 1216.
The couple has two sons, Dylan and Paris.

For so many years, Pierce Brosnan and Keely have managed not only to set an example of a successful marriage, but also to keep the
romance in their relationship by spending a lot of time together.

«My wife and I went to Santa Barbara one day — we had a romantic weekend, watched at home, drank great wine,» the actor told People
magazine. «We didn’t listen to music, but we listened to the sound of each other’s voices and talked about everything in the world.»

On what the actor loves most about his wife: «There’s a strength in her that I couldn’t live without. When Keely looks at me, I think I’m
weak.
Even after 25 years, the two are still in love and happy.

Before Keely, the actor was just as happily married to Cassandra Harris, but she died of cancer in 1991. And three years later Brosnan
met Keely, who gave him back the taste for life.