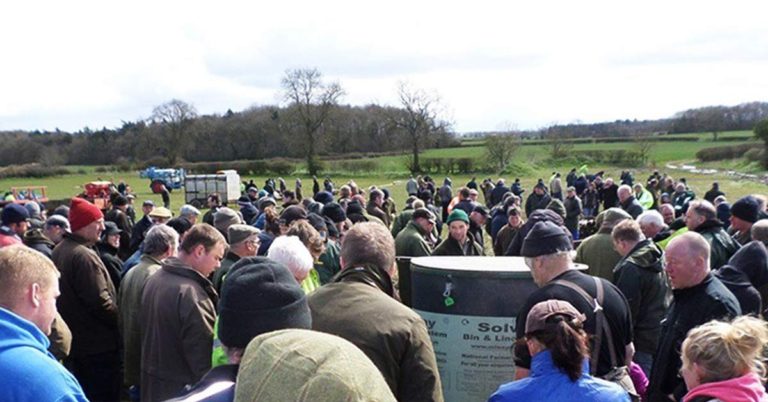 In 2018, a heartwarming story that portrays the goodness that remains in humanity went viral. While the origins and authenticity remain unconfirmed to date, it’s a feel-good tale of communal love and kindness. A young man named David had gone to an auction to try to buy back his family’s land, and amazingly, 200 other farmers present kept mute until the land was sold at David’s bid, helping win back his family farm. [1]

David and his family have been farmers in Nebraska for many decades. Some versions of the tale report that an 80-acre piece of land owned by the family was sold by ancestors several years ago, and the family was heartbroken by the loss of their land. They weren’t swindled or ripped off; the land had been sold in a completely legal transaction and there was nothing they could do to get it back.

Luckily, a chance came when the same piece of land was put up for sale at an auction. David and his father gathered all the funds they could spare and decided to head over to get their legacy back.

When David and his father got to the auction, their hopes were dashed as they found over 200 other farmers at the scene of the sale. They were immediately convinced that they could never afford their land with that number of people present, some of whom were definitely wealthier.

Auctions are highly unpredictable games since you can never know how determined or heavily funded other people are. As more people bid, the price goes up. David and his father waited anxiously as other properties were put up for sale and auctioned. When it finally got to their land, an amazing thing happened.

When the pair placed their bid, none of the other 200 or more farmers tried to outbid them. No one else said a word. This was not because the land was undesirable. An 80-acre piece of viable land is certainly a farmer’s dream come true. However, all the farmers had a greater cause at the back of their minds that day.

The auctioneer was stunned at the turn of events. He began to vigorously praise the land, listing all the reasons why the farmers should make quick grabs for the juicy land. No one still said a word. The auctioneer had to call a break to figure out what was going on, and after reconvening three times, he had no choice than to slam the gavel and sell at David’s bid.

Finally, the young man got his family’s land back.

It turns out that the farmers, some of whom did not know David, had gathered shortly before the auction to discuss the fate of David’s land. They had all agreed that no one would up the young man’s bid so he could regain his family’s legacy. They were going to look out for him by not outbidding his stake.

It must have been a tough call for everyone to keep to their agreement, but they reportedly stuck to it and David’s family got their property back.

David was reported to have said:

“I’ve had two profoundly humbling days in my life. The first was the day my son was born. The second was that unforgettable day at the Auction House,” he said.

This story is one that should be told for centuries to come. Some people claim it dates back to 2011, while others insist it was first told in 2018. In the end, it doesn’t matter if it truly happened; what matters is the lesson it teaches. As humans in a terrifyingly diverse world, we must learn to look out for each other and band together as solid communities. Kindness is the only language everyone can understand, so let’s communicate with all our hearts.