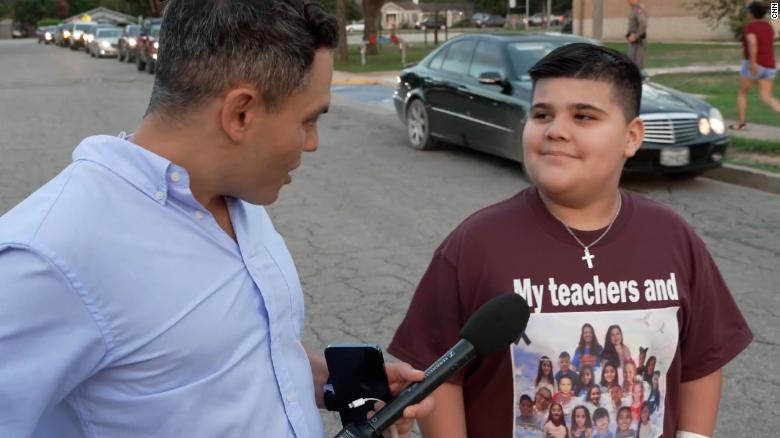 Uvalde, Texas (CNN)The last time AJ Martinez was in school was May 24, when he was shot through the thigh as he hid under backpacks while a gunman murdered his two teachers and 19 fellow students at Robb Elementary in Uvalde, Texas.