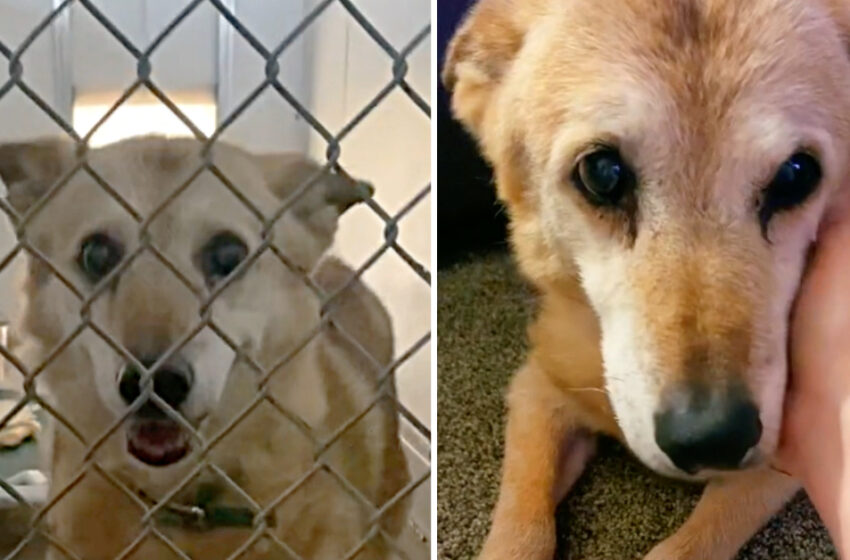 Most animals in the shelter dream of having a forever home and coming out of their shelter kennels. However, not all of them can attract adopters and get adopted very fast. Some of them, especially the senior ones, stay at the shelter for a long time.

Stuart is one of those senior dogs who spent 14 years of his life at Friends of Strays, Inc. However it was already unbearable for Emily Wozniak, one of the staff members and she decided to help the dog get adopted. She posted Staurt’s touching story on social media and this worked out.

Soon 19-year-old Stuart got adopted by Natalie Snyder. Natalie was the founder of Repo’s Rescue. She decided to adopt the senior dog herself and give him hope and desire for his future.

But the shelter denied it and told them that they had decided that the shelter was his home and it would be difficult for him to leave the shelter. Natalie was determined to adopt and she started persuading the shelter staff that the best place for the dog was not his familiar shelter but his new warm home. She managed to adopt Stuart and now he was the happiest senior dog ever.