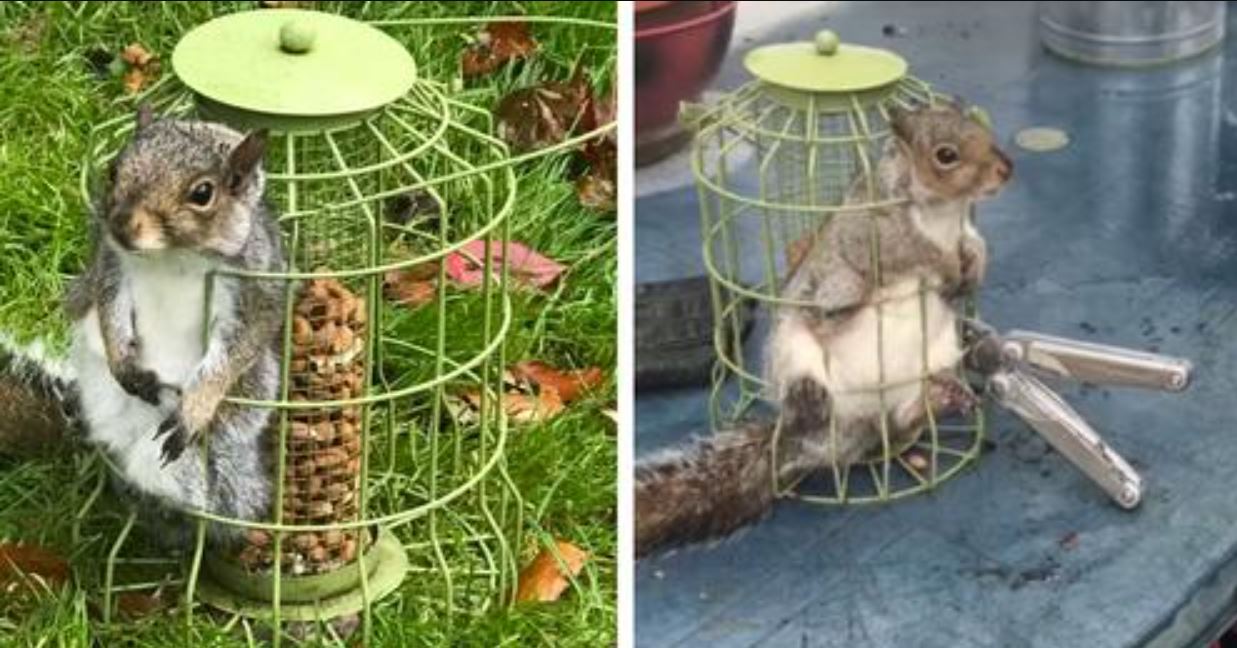 This plump, food-loving squirrel apparently isn’t one to deny his tummy what it wants.

Recently, however, that landed him in quite a jam.

The other day, rescuers from the RSPCA in England were called to the scene of the squirrel’s sneaky snack-time predicament.

Evidently, the fluffy-tailed local had decided to help himself to the contents of a “squirrel-proof” bird feeder, where he gorged with reckless abandon. Unfortunately, when it came time to exit the scene of the crime, he’d gotten too pudgy to escape.

By then, the squirrel was full of both pilfered nuts and, from the looks of it, some pretty deep regret.

Thankfully, he wasn’t stuck for long.