When I Saw This “Vulgar” Billboard On The Side Of The Road, I Knew It Would Make Headlines 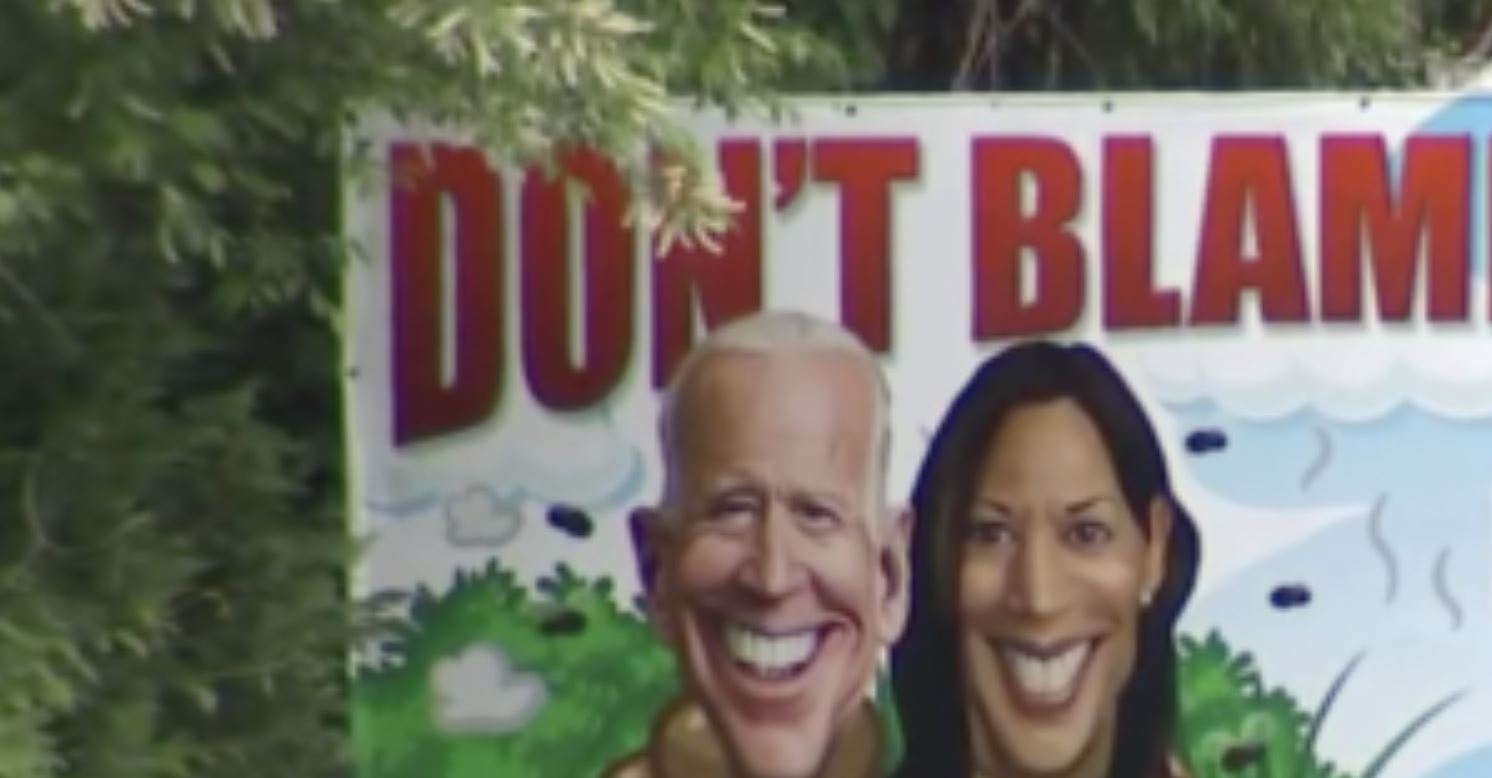 A “vulgar” billboard posted in Maryland paints President Joe Biden and Vice President Kamala Harris in a negative light. The billboard, which includes cartoon caricatures of the president and VP, is posted in Huntington in Calvert County along Route 4 and Bowie Shop Road.

The sign features the images of the president and vice president in piles of cartoon feces along with the pro-Trump message that reads, “DON’T BLAME TRUMP! YOU ARE STUCK WITH THESE TWO (expletive) HEADS!!!”

Although the sign is applauded by those on the opposite end of the political spectrum from Biden, many people in Maryland find it offensive. For example, Jeanette Flaim, chair of the Calvert County Democratic Central Committee, has turned to the media to fight against the sign in hopes of getting it removed.

She said: “It’s just vulgar. Kids are going to school, and they’re going by it every day, and parents are driving their kids. We just don’t think kids should have to see that or parents should have to explain that.”

However, Flaim might not be able to get the town to remove the billboard. Despite its offensive nature, the Calvert Record and Southern Maryland News reported that county commissioners might have to keep the “sh*t head” sign up because of the 2015 Reed v. Town of Gilbert Supreme Court Decision. This decision sided with the person who posted the “offensive” message on the grounds that they were practicing free speech.

Buddy Hance, president of the Board of County Commissioners, said: “There is nothing that we as county government can do for language that’s on a legal sign. You know this country was built on the foundation of free speech, and sometimes we like what that free speech says, and sometimes we don’t.”

However, Flaim (above) does not plan to give up so easily. Because the sign claims to be “from all your deplorables in Calvert County,” she understands that the location of the billboard has long been a pro-Trump agenda. She does not have a problem with that; however, she argues that the imagery and messaging on the current sign are simply inappropriate for public display. She does not want the curse words reaching the eyes of Maryland’s youngest residents. She hopes that by putting public pressure on the people who posted the sign, they will remove it and replace it with something less vulgar or controversial.

“We have not complained about any other signs,” she said. “It’s this sign we think is, again, damaging to all of us, all of us in Calvert. The GOP, the Independents, everybody.”

Meanwhile, the person behind the anti-Biden sign has not responded to requests for comment. Are they hiding from public view or using the sign to do the talking for them?

The 2020 general election was very tense and divisive. During the first one hundred days of Biden’s presidency, he achieved his campaign promise of vaccinating 100 million Americans against COVID-19.