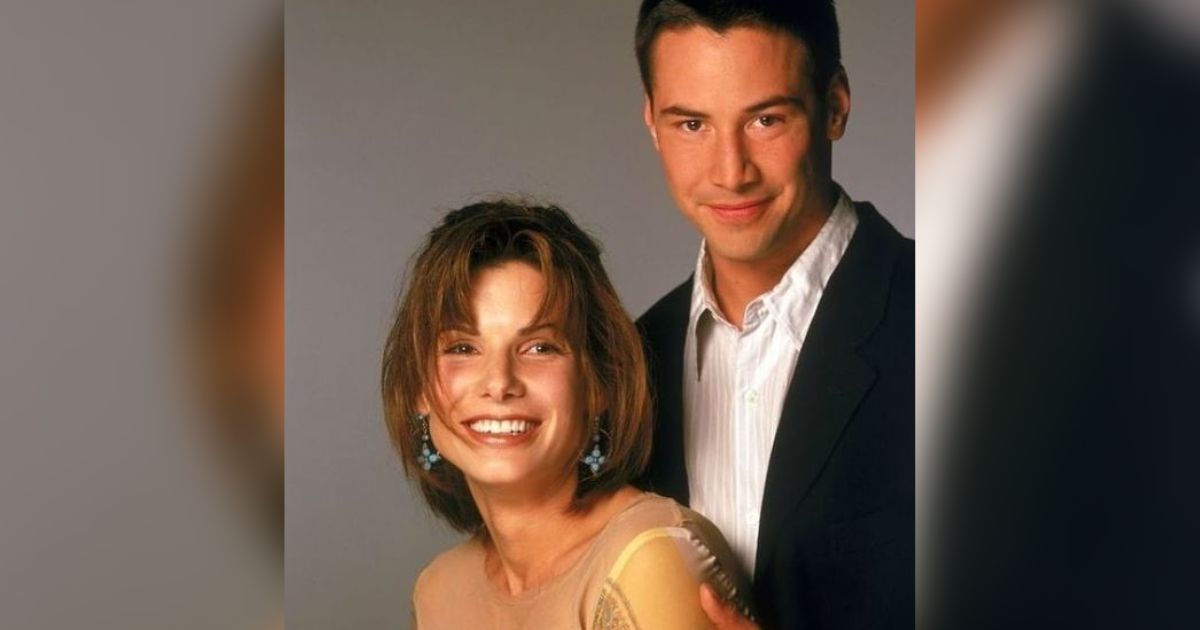 Keanu Reeves is often described as one of the nicest stars in Hollywood.
A lot of stars have attested to his kind nature – and this was further proved when Sandra Bullock, his Speed co-star, has shared a story about a sweet gesture that Keanu once did for her.

Back in 1994, award-winning actress Sandra Bullock first met and worked with Hollywood action superstar Keanu Reeves.
The pair were very young then in their careers, but it was evident that they have an undeniable chemistry that made the movie even more memorable.

Although a lot of people have been hoping for the both of them to end up together, the award-winning actress insists that the two of them are just friends, which they have remained to be since their box-office movie.

Being known as one of the nicest men in Hollywood, people are already aware that Keanu is a sweet guy. Just recently, the man bought each member of the John Wick 4 stunt team a Rolex Submariner watch as his way of showing how thankful he was for all their hard work. What a generous and sweet guy!

In an article from Esquire, the actress recalls one particular moment that happened wherein Keanu suddenly visited her home, bringing champagne and truffles. It took place about one year after they worked together on the 1994 blockbuster hit, Speed.

Keanu and Sandra were hanging out when she shared that she never had champagne and truffles before. A few days after that, Sandra was surprised to see the man standing on her doorstep bringing flowers, champagne, and truffles. How sweet, right?

Sandra recalls him saying: “I just thought you might want to try Champagne and truffles, to see what it’s like.” He then joined her on the sofa and let Bullock paint on his nails while she tried his luxury presents, before politely excusing himself as he had a date.

Sandra could never understand how he does it, but Keanu is such a serious guy who is full of thoughtfulness, too.

“That’s what I mean that it drives you crazy. When I first met him, I would spend as much time as I could filling a silence, just to feel comfortable,” Sandra shares. “

It was obvious that they were good friends, but Sandra can feel sometimes that Keanu is a hard man to read.

“And the more I jibber-jabbered on, the quieter he would get. And I thought, ‘I don’t understand what’s happening! He’s looking at me with eyes of confusion. He’s quiet. Did I say something to offend him? And then a day or two later, he would arrive with a note or a little package, saying, ‘I thought about what you said.’ And he would have his response.”

The topic of whether they had a relationship beyond friendship still hasn’t died down.
“Keanu’s a guy who, I feel like, is friends with every woman he’s ever dated. I don’t think there’s anyone who has something horrible to say about him,” she said.

The award-winning actress was quick to set the record straight and shared with everyone that they really are just very good friends.

“We just get to grow up together on parallel roads and tip our hats and meet for a dinner and try to work together. And the longer time goes on, the more in awe I am of the human being.”