School Warns Students Not To Chant “USA,” But What The Kids Do Next Has Them Regret It 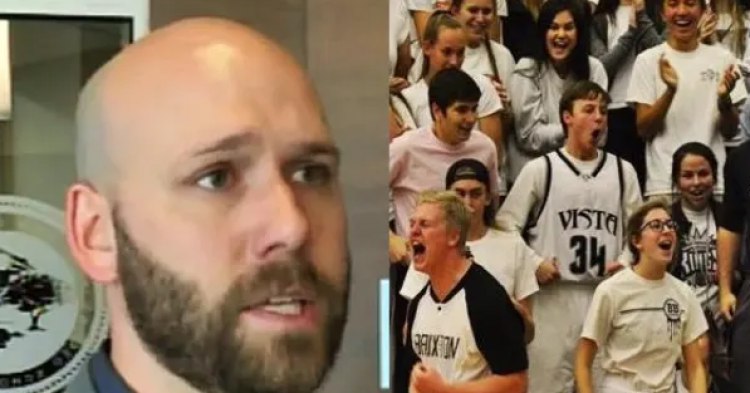 Students at a high school in Folsom, California, were in for a shock when authorities told them to stop chanting “USA” at sporting events.
Although students at the Vista Del Lago High School had a history of chanting “USA” to shop their love for their country as well as support for their school’s athletes, school officials decided it was time for the school to put the “USA” chants in the rearview mirror and find another way to demonstrate support and patriotism during sporting events.

The school urged students to stop chanting “USA” because it could be viewed as being intolerant by some people affected. In general, students were not outraged by the request but were dumbfounded by it because they simply thought they were being patriotic and supportive of their American athletes.

“I wasn’t angry, but I was definitely like, ‘Why can’t we chant USA?’” senior Ryan Bernal told KOVR. “To say USA, you know, we’re all the same. We’re all American. It doesn’t matter what your skin tone is or where you’re from.”

It was during a leadership class when the school brought up the topic of the chants. According to Daniel Thigpen, the Folsom Cordova Unified Communications Director, students needed to find a better way to show their support during games.

The Folsom school felt that the “USA” chant had taken on a different tone during the last few years of the Trump presidency. According to authorities at the school, people sometimes use the “USA” chant as a derogatory way to degrade people who are not American or non-white.

“There’s a time and a place to yell that and cheer that,” said Mike Garrison of the California Interscholastic Federation.

In an email to the parents of students, the principal of Vista Del Lago High School made it very clear that the “USA” chant was no longer going to be common practice. Students were also warned against using the common chant on a public announcement through the school’s loudspeaker system.

“We can communicate an unintended message,” the principal said.

The school principal did say that the “USA” chant is appropriate after the Pledge of Allegiance of the national anthem, but not in all instances.

“I want to chant USA because I want us to pull together and help, not because I want anybody to feel left out or not a part of our country,” said mother, Natalie Woodbury.

Although the school wants students to stop the chant, the school district confirmed that there is no ban on students who want to chant “USA.”

The school is just asking students to be more mindful about when and where they use the chant.

“The message is, let’s be tolerant of each other,” said Thigpen. “Let’s think about what we’re saying and how it might make somebody else feel.”