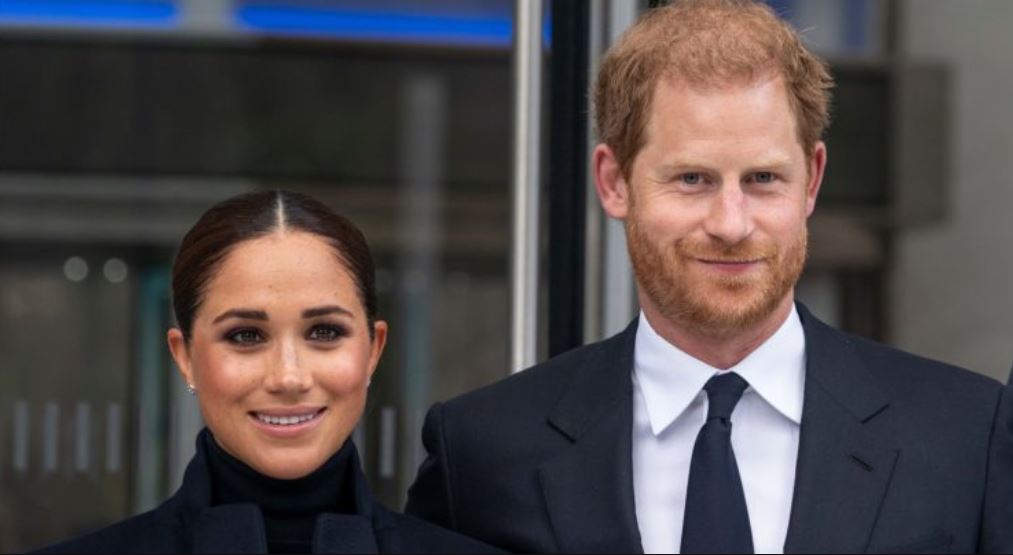 The Duke and Duchess of Sussex considered taking one year away from the UK instead of a complete exit from royal life, according to a forthcoming royal book by Valentine Low.

In an excerpt from “Courtiers,” which was seen by the Mirror, Low reports that Meghan Markle and Prince Harry wanted to follow in the Queen and Prince Philip’s footsteps with a brief period overseas before returning to royal duties full-time.

Low is a royal correspondent who has covered the royal family for The Times of London since 2008, according to his profile on The Times’ website. In his role, he has traveled overseas with the Queen, the Prince and Princess of Wales, and other members of the royal family. His book will be published in the UK on Thursday.

According to the Mirror, Low reports that David Manning, a former foreign affairs adviser to Prince Harry and Prince William, drew up proposals for the Sussexes to spend a year in South Africa to pursue philanthropic interests and other projects.

Manning began working at the royal household in 2009 and stepped down from his position in 2019, The Mirror reported at the time. He also previously worked for the British Government, having served as a Deputy Under Secretary of State for Defence and Intelligence from 1998 to 2000, and as Ambassador to the US from 2003 to 2007, according to his profile on Chatham House, an independent policy institute based in London.

“Soon after the Queen and Prince Philip married, they’d lived in Malta, while William and Kate had started married life in Anglesey,” Low wrote, according to The Mirror. “Harry and Meghan could also go away for a while, said Manning. A year in South Africa seemed the obvious choice.”

“A paper was written outlining the options, and the couple were said to like the idea of a year in Africa,” he added.

The plans were never set in motion, likely due to a lack of “money and security,” Low reports.

Harry and Meghan announced their step back from royal life in January 2020. The couple ultimately decided to resign from royal duties completely and start a new life with their family in California.

The couple told Oprah Winfrey last year that they had considered relocating to South Africa, New Zealand, or Canada to represent the Queen as “non-senior” royals overseas, The Mirror reports.

Representatives for the Duke and Duchess of Sussex and David Manning did not immediately respond to Insider’s request for comment.