Top 10 most beautiful waterfalls in the world 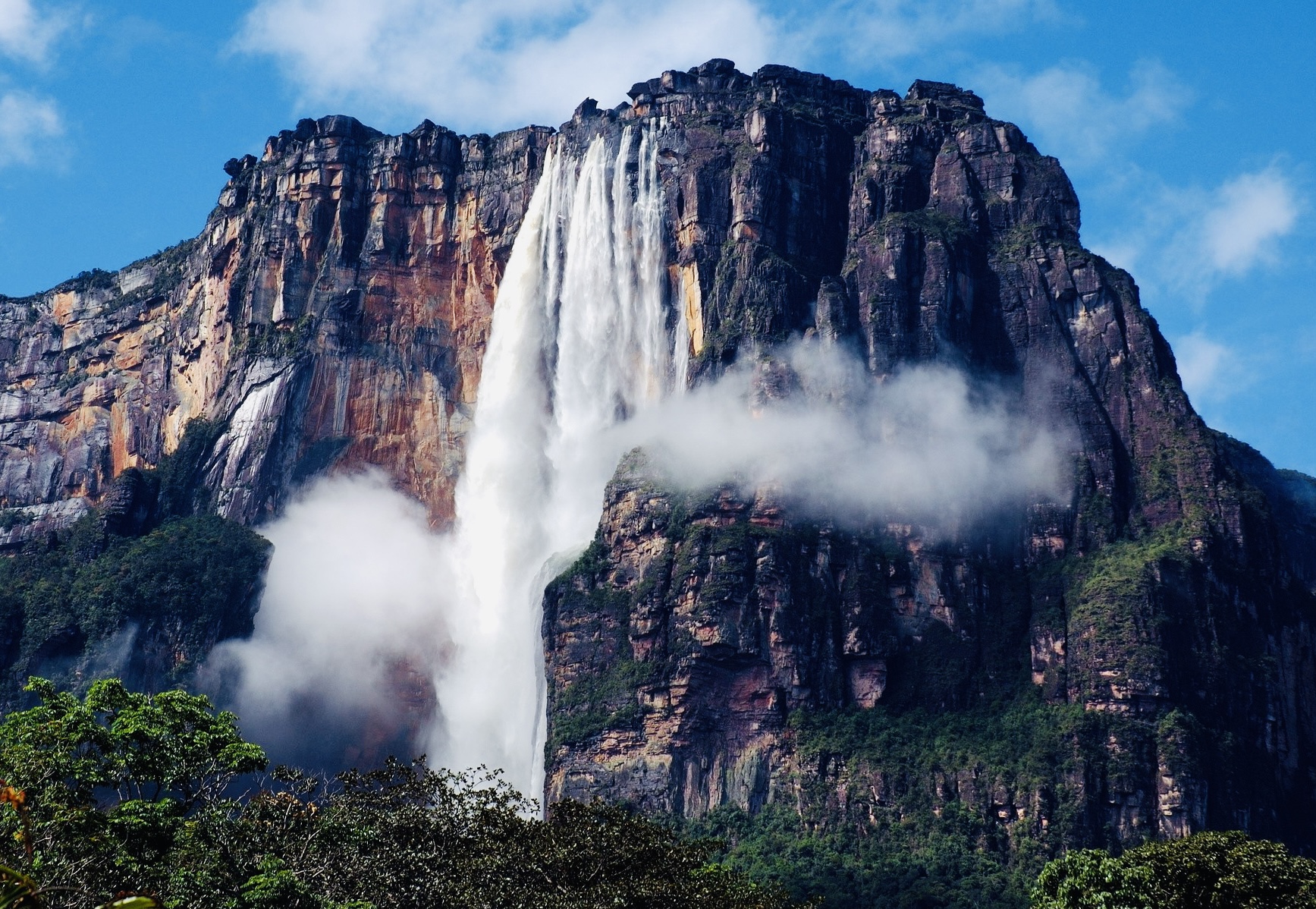 As we know that nature is attractive and people love to know more about it, we have decided to tell you about the most beautiful waterfalls in the world.

Sutherland Falls is one of the highest waterfalls in Oceania. Its height is 580 meters. The waterfall is located in one of the most picturesque corners of New Zealand – on the territory of the Fiordland National Park, included in the UNESCO World Heritage List.

The source of the waterfall is a mountain lake, which flows into the Arthur River and falls in a powerful stream from the top of the Southern Alps.

The Gullfoss waterfall is located in the southwest of Iceland in the canyon of the Hvita River. Gullfoss means “Golden Waterfall” in translation.

Gullfoss is a huge waterfall located on a cliff of a mountain range. The waterfall has a unique shape and structure. It is formed by three separate levels and two cascades. The height of the upper level is 11 meters, and the lower level is 21 m. The depth of the gorge is 70 m.

The volume of water passing through Gullfoss averages 109 m³ / s and rises to 130 m³ / s in summer. During large floods, this figure increases many times over.

Kaieteur Falls is one of the most powerful and beautiful waterfalls in the world. Kaieteur is located on the Potaro River in Guyana. The height of the falls is 226 meters, which is 5 times higher than Niagara Falls and 2 times higher than Victoria Falls.

Yosemite Falls is located in California in the national park of the same name. This waterfall is one of the tallest waterfalls in North America and the 20th highest in the world. Yosemite is 739 meters high. The height of the upper, reaching the first terrace of the Upper Yosemite Falls, is 435 meters, and the middle and lower falls are 206 and 98 meters high, respectively.

The waterfall is located in the Canaima National Park in the tropical forests of Venezuela. The waterfall falls from the top of Mount Auyantepui. The height of the fall of the water is so great that only fog reaches the ground.

The Sastavci waterfall is the largest and most beautiful waterfall in the Plitvice Lakes National Park in Croatia. Perfectly clear turquoise water falls from a height of 72 meters.

Niagara Falls is located on the Niagara River, which carries the waters of 4 of the 5 Great Lakes of America. Niagara Falls is considered the most powerful in North America due to the volume of water passing through it.

Victoria Falls is one of the most beautiful waterfalls in the world! This wonder of the world was discovered by the Scottish traveler and African explorer David Livingston in 1855.

Victoria Falls is located on the Zambezi River. The width of the waterfall is 1800 meters, the height is 107 meters. Hundreds of millions of liters of water per minute fall with a roar to the bottom of the gorge. The noise from the waterfall is heard at a distance of 20-30 km.

Iguazu consists of 275 waterfalls, with a total width of more than 3 km, and a height of 82 m. The noise from the waterfall is heard 20-25 km away. Iguazu is located on the border of Brazil and Argentina, two rivers form a waterfall – Iguazu and Parana.

This is a unique spectacle. The Indians gave the name of the waterfall “iguazu” – “big water”. Of the Europeans, it was first discovered by the Spanish conquistador don Alvaro Nunez Caseso in 1541.

Igusau Falls is considered the eighth wonder of the world; tens of thousands of tourists come here every year.