Top 10 most beautiful trees in the world 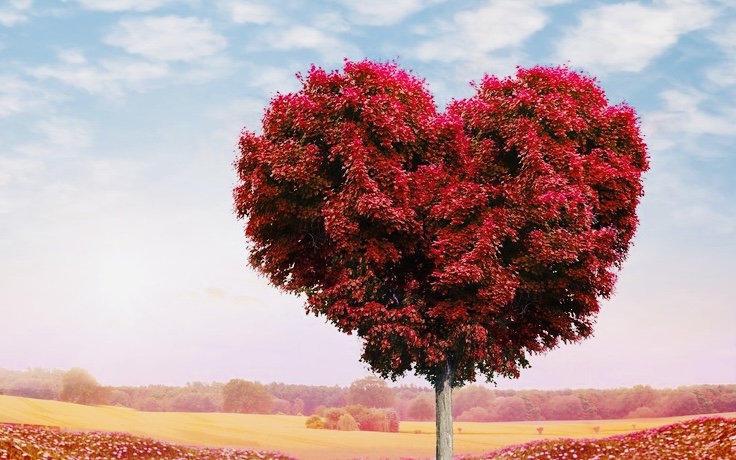 Nature is a great artist who creates amazing masterpieces! You can verify this by traveling around the world and each time finding new evidence. On our planet, there are many trees and shrubs that fascinate with their appearance. They can be so beautiful that it’s hard to take your eyes off them. The flora of our Earth is very diverse, so in any corner of it you can find a plant that will seem the most beautiful.

1.Rhododendron – an extraordinary variety of species.

Rhododendron belongs to the Heather family. This is one of the most beautiful tree species on the planet. The family is very large, it includes about 600 varieties. These are mostly large shrubs, so they are considered trees. They can be either evergreen or deciduous. A characteristic feature of the rhododendron is a lush, spreading crown, which turns the shrub into a real masterpiece. Blooming rhododendron is extraordinarily beautiful, it is simply impossible to look away from it. They grow almost all over the world. Rhododendron can have yellow, pink, lilac flowers.

2.Wisteria is a beautiful vine.

Wisteria looks so wonderful that many people consider it the most beautiful tree in the world. In addition, its appearance is quite unusual. Its flowers are collected in long, large brushes that hang from the branches, like garlands. The tree has a well-branched system, so its crown is very spreading. Often it has an irregular shape. The branches extend in all directions, forming whole clusters of clusters hanging almost to the ground. Wisteria belongs to the legume family, its other name is wisteria. This is a tree-like subtropical plant, which is a variety of deciduous vines. In spring, the flowering period begins and the creepers turn into fabulous creatures. Violet, pink, lilac clusters tend to the ground, forming lush cascades.

3.Royal delonix is ​​a natural masterpiece of Madagascar.

Royal delonix is ​​another very beautiful tree on our planet. This is the best plant created by the nature of Madagascar. Despite the fact that it grows in a tropical climate, it is not evergreen, but deciduous. Royal delonix is ​​distinguished by a special structure of the leaves. They are formed from many small stipules arranged in a fan-like fashion. Another interesting feature of Madagascar’s most beautiful tree is that its leaves fold at night.

The Japanese maple is a very beautiful tree with a luxurious crown, which is native to the Land of the Rising Sun. It is considered a large deciduous shrub. The maximum height of the trunk is 10 meters. In the spring, before the plant is covered with leaves, purple flowers appear. But this is not the most beautiful time. All the charm of the Japanese maple in its chic foliage. It has an original structure, which gives the plant an unprecedented charm.The leaves are fan-shaped, with pointed edges. They can be compared with irregularly shaped stars, from the center of which rays come out. At first the foliage is green, then it changes shade and turns into yellow, orange, red. There are also specimens covered with pink foliage, purple, purple. In addition to its homeland, the Japanese maple is found in the world only in the south of Korea and Sakhalin.

Jacaranda is a tropical tree native to Brazil. It is also cultivated in Africa, the countries of Eurasia. This is an evergreen plant with very beautiful bell flowers. They have a lovely purple hue. There are also specimens with purple, white inflorescences.

The plant is highly branched. Therefore, the jacaranda in bloom looks like a lush lilac cloud. This is a magnificent sight that makes one marvel at the ability of nature to create unique creations. Jacaranda is grown for its valuable wood, as well as for landscape decoration.

Rainbow eucalyptus can be called a tree with the most unusual and beautiful trunk. It belongs to the Mirtov family. It is found in tropical rainforests. The rainbow eucalyptus is quite large: it reaches 75 m in height, and the girth of the trunk can be up to 2.4 meters.

The most original part of the plant is its bark. It has a rich color scheme that turns eucalyptus into a miracle of nature. At first, the bark is bright green. As it matures, it changes color, juicy stripes of different tones appear on it. The spectrum is the most diverse: from yellow, orange to blue, purple, purple. And the color is constantly changing. In the world, rainbow eucalyptus grows on the islands of Papua New Guinea, the Philippines, and Indonesia.

7.Silver acacia – the charm of nature.

The silver acacia is a beautiful tree whose luxurious appearance is created by the interesting shape of its flowers. The plant belongs to the evergreen, it grows in several regions of the world: in Madagascar, the Australian coast, Tasmania, Africa, western North America. Silver acacia inflorescences look like fluffy balls collected in panicles. It looks extremely unusual and cute. The flowering acacia is covered with bright yellow clusters, like garlands hanging from the branches. The tree is grown for decorative purposes, as well as to obtain valuable oil from the flowers.

Blue spruce is an incredibly beautiful coniferous tree that grows in many countries of the world. The natural habitat is the western and southern parts of the American continent. Blue spruces grow in the mountains, along streams, on wet soils. The plant has an average size: height – up to 30 meters, girth of the trunk – 1.5 m. The crown is pyramidal in shape, which looks very beautiful. A magnificent view of the plant gives a shade of needles. It ranges from gray-blue to emerald green. When cones appear, spruce becomes even more beautiful.

Cypress is a plant much loved by landscape designers for its ability to take on any form. This genus has a huge number of varieties. It has tree-like plants, shrubs, some of them creep along the ground. Cypress has interesting leaves that look like scaly needles. Due to this structure, it acquires an original and exotic appearance.

10.The date palm is an exotic beauty.

The date palm is a woody plant of a very exotic species. A feature of the trees of this species are straight long trunks that do not have branches. At the very top is a crown consisting of long, wide, feathery leaves. This crown design distinguishes the palm tree from all other plants. Also in the genus there are shrubs with a squat stem. The date palm is one of the most ancient trees. They were grown in Mesopotamia (4th century BC). The fruits of the palm are dates, which are often a staple food for people in African countries.