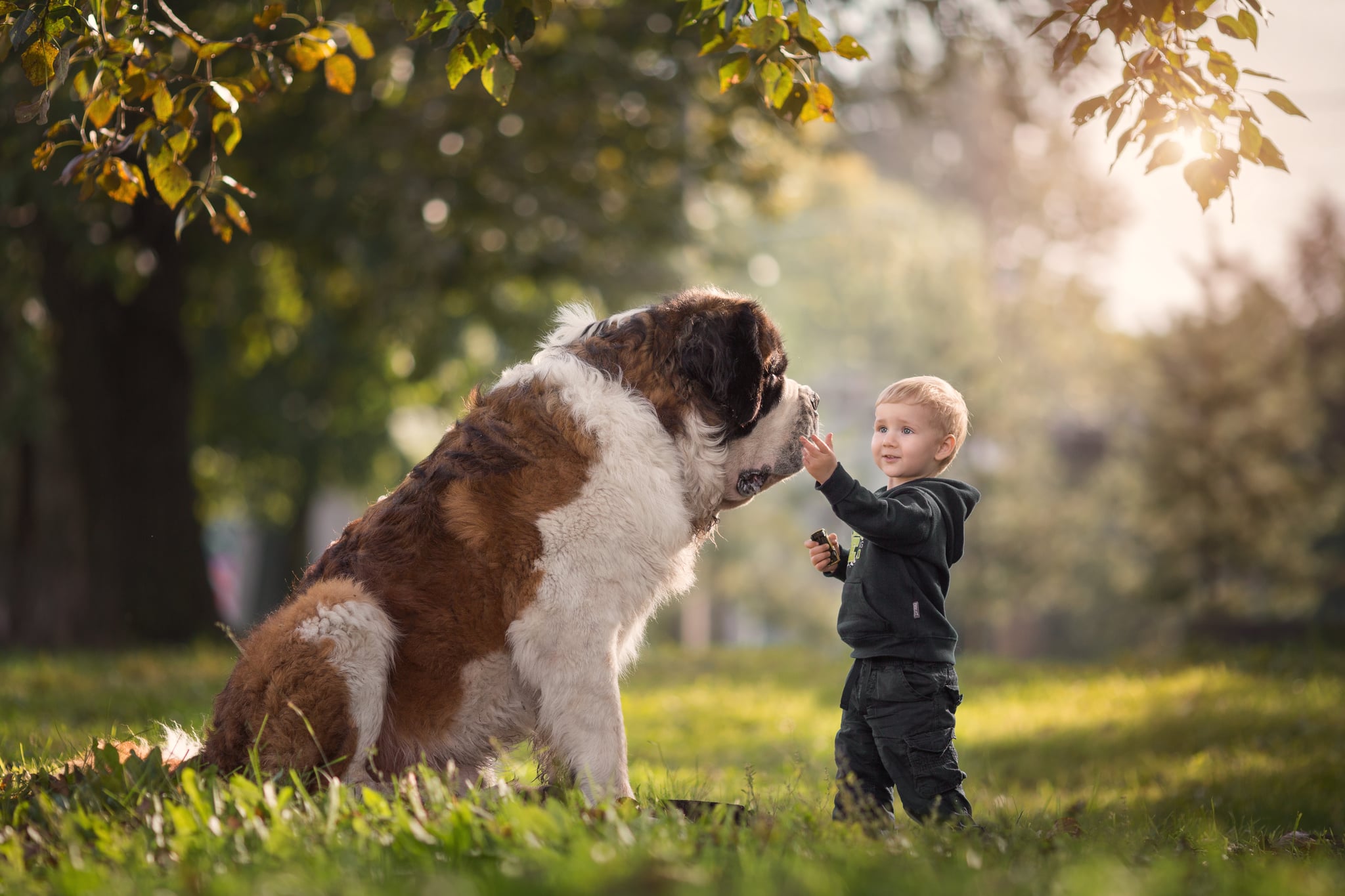 Some large dogs can weigh as much as an adult, and even surpass in height (if they stand on their hind legs). The dogs in the top 10 are, in their size, a cross between a large dog and a medium-sized horse. In most cases, giants have a balanced character, because they know for sure that they inspire respect by their very appearance. However, you should always be careful with it.

1.English Mastiff, 90 cm at the withers

The height at the withers according to the standard is 90 cm, but some individuals grow up to 94 cm. They weigh about 100-110 kg. This breed is considered the largest in the world. Dogs are usually calm and loyal. They are good companions for their owners.

The standard specifies only a minimum height, the maximum is not limited, so Great Danes have a unique opportunity to grow as much as they want. The most important thing is that the girls should be above 72 cm at the withers, and the boys have outgrown 82 cm. Dogs have a slender toned body, due to this they weigh less – up to 80 kg. Great Danes are distinguished by playfulness and lightness of character. However, in the midst of the most good-natured game, you need to remember that the dog can easily, literally with one paw, knock down a person.

3.Saint Bernard, at the withers 80 cm

This breed is known for being considered the best lifeguard. Dogs rescue lost climbers in the mountains: they bring food to them, take the lost to people, and lead rescue teams. A dog weighing 90 kg can easily carry an injured person. In addition, this is a good family breed, because it has a phlegmatic character.

4.Leonberger, at the withers 80 cm

It has dimensions of 80 kg / 80 cm at the withers. Leonbergers have a slightly square appearance due to well-developed musculature and long hair. They are calm and patient. They interact well with people of all ages. But the owner will be protected to the last.

5.Irish wolfhound, at the withers 79 cm

With a height at the withers of 79 cm, it weighs 55 kg. This is the largest hunting breed. Outwardly, he is slim and fit, but at the same time he is easily controlled with large game and predators. The wolfhound needs significant physical activity.

6.Scottish Deerhound, at the withers 76 cm

Another hunter capable of handling almost any game. The average height of the breed is 76 cm, weight – up to 50 kg. Deerhounds are muscular and fast. In speed, they can surpass the deer. Often they were used to persecute precisely these animals.

7.Tibetan mastiff, at the withers 75 cm

One of the rarest and most expensive breeds, even among the giants. They weigh up to 80 kg, and are up to 75-77 cm tall. Mastiffs are very fluffy, densely covered with wool. Due to the “increased shaggyness” they become even more impressive.

8.Newfoundland, at the withers 70 cm

Known all over the world as excellent divers. But this is not their only strength – they are good-natured family dogs. They can be left with children as nannies: the dog will protect the baby, and treat his pranks condescendingly. The average representative of the breed weighs about 70 cm, and weighs up to 75 kg.

9. Pyrenean Mastiff, at the withers 77 cm

In height and weight they are not inferior to their Tibetan counterparts. But they are very affectionate. You can safely leave your children with them. Mastiffs are easy to train and love to mess around with people, making them great family dogs.

Excellent watchdog and shepherd. A Caucasian can easily collect a flock of sheep and drive them where they need to go. It will also easily protect the herd from predator attacks. With a height of about 70 cm, it will weigh about 70 kg.