Top 10 largest jellyfish in the world 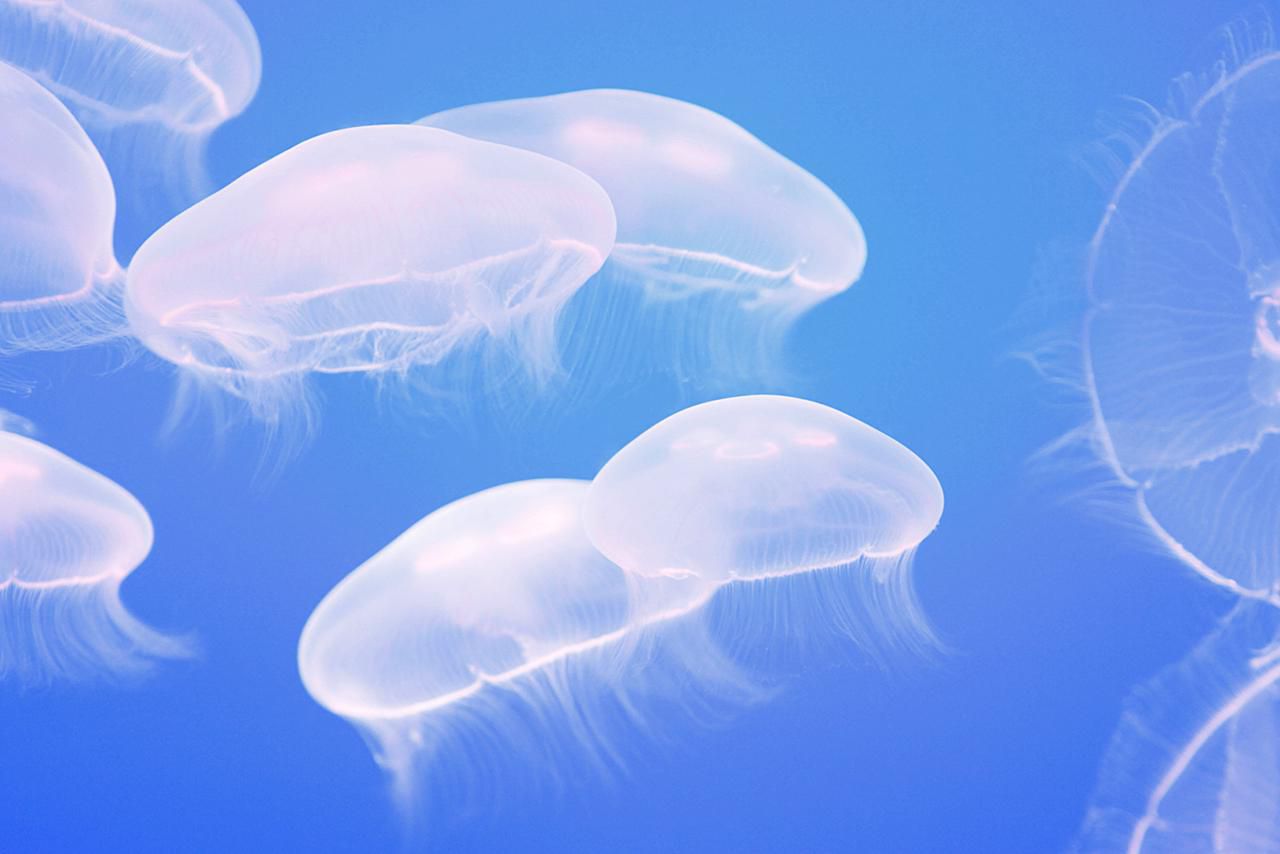 The underwater world is full of secrets and mysteries. One of the most mysterious creatures is jellyfish. Their body is 90% or more water. They live in salty seas and oceans. Translucent bodies seem to almost dissolve in water. There are specimens ranging in size from a few millimeters to several meters. Large individuals are of great interest.

The body of a jellyfish is up to 2.3 m in size, and the tentacles are up to 37 m. They hide at a depth, so they rarely pose a threat to humans. Its poison causes a burn, but no more. Most often, giants are found in the Atlantic.

Another name is Lion’s Mane. The size of the dome can reach 2 m, and weight – 200 kg. They look like huge hairy balls. Giants often tangle the nets of fishing boats. They have an allergenic poison. If a person has a reaction to this substance, then he can die.

Body size – up to 1 m, tentacles – up to 4 m. Her bites leave scars on the body. However, the poison is harmless to humans. If the tentacles are torn off, they will be able to exist separately for a long time and burn those who get in their way.

Its dome is 70 cm. It is considered one of the most beautiful jellyfish. The body has a rich purple color. Jellyfish stings cause severe burns.

Diameter – up to 60 cm, and weight up to 60 kg. Found in the Black and Mediterranean Seas. This jellyfish is used in the formulation of medicinal products and in various dishes. This is a peaceful inhabitant of the seas: small fish hide under its dome, a bite threatens a person with only slight irritation.

An insidious and dangerous creature that lives off the coast of Indonesia and Australia. Its venom can cause a heart attack in humans. At the same time, the 45-cm body of the jellyfish is transparent, it is quite difficult to notice it in the water. But she has 24 eyes and 60 tentacles, allowing her to notice the victim and sting her in several places at once.

Jellyfish with an almost transparent body. It has a size of 40 cm. It is safe for a person – it can only cause a slight burn. It is used to prepare exotic dishes. Because of the mouth cavities hanging like ears, she is called Aurelia Eared.

The jellyfish is named so due to the fact that its appearance resembles a sailboat. The body size is small – 25 cm, but long tentacles are hidden under it – up to 50 m long. The dome is painted in an unusual purple or blue color. However, beauty is deceiving – this is one of the most dangerous jellyfish. Its poison affects all body systems, because of which a person quickly drowns.

Another name is Nightlight. This is due to the fact that when in contact with various objects, the body of the jellyfish begins to glow. The color of the umbrella is purple-red, there are frills along the edges, the diameter is 12 cm. But you should not chase after this beauty – Pelagia’s poison can cause burns and shock.

The size of the dome of this jellyfish is only 10 cm, but it has long tentacles – up to 1 m each. This is one of the most poisonous species. Its bite causes burns, nausea, and pulmonary edema. The poison is very insidious: it begins to act after a while, the symptoms begin to appear after a few days, which complicates the diagnosis and establishment of the cause of poor health.