Top 10 Adventure Parks where you can actively relax 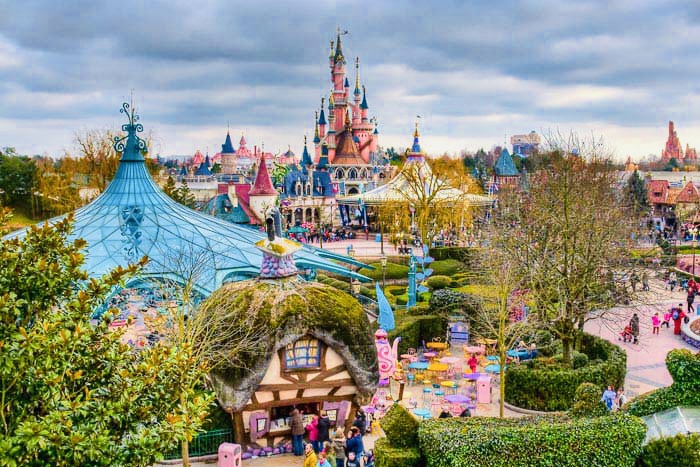 There are places where the boundaries between parents and children are blurred, where adults stand in line with children. These are adventure parks, amusement parks, attractions and outdoor activities. Continuing the topic, we present the top 10 most visited and interesting parks for the whole family!

The most magnificent and amazing amusement park in the world covers 11 thousand hectares and is located in the very center of Florida. The scale of this park is such that all the other Disneylands – Los Angeles, Paris, Tokyo, Spain combined make up only half of it! To go everywhere and try out all the rides, even a week is not enough. At night, the park also works, but with an adult theme: rock cafes, discos, golf clubs, restaurants, etc. More than 20 million tourists visit this park every year.

The first park of the same theme outside the United States is Tokyo Disneyland. Since 1983, it has grown and acquired its own unique atmosphere. For example, in Japanese its name is Dizni – Rando! And nothing else. Between the 4 thematic zones, a monorail road has been laid, and in addition to amazing, sea and mountain attractions, it will also help you get to cozy corners made in a purely Japanese style. Tours to the Japanese “Disney” are the second most popular in the world.

On 200 hectares there is a whole city of entertainment and dizzying rides. Everything here is like in a fairy tale, and this is not an exaggeration: theme parks, ice rinks, lakes, mountain rivers, shops, cafes, restaurants and, of course, a huge number of attractions. And this is again a vivid example of the possibility of a joint holiday with the whole family!

This park is considered the best in Europe due to its diversity and richness of choice. The idea of ​​the park is a harmonious union of five different countries and continents: China, Polynesia, the Mediterranean, Mexico and America from the time of the Wild West. Everything is recreated with maximum accuracy, right down to the clothes of the attendants and national dishes in numerous cafes and restaurants. Throughout the territory there are magnificent attractions for both children and their parents. And, of course, new bright and memorable shows for visitors are held every day.

This park is the largest in Europe, and in 2010 it was recognized as the most original and interesting. It consists of 11 diverse zones dedicated to various countries – both real and fabulous. In addition to the mass of original attractions, there are ancient castles and palaces with jousting tournaments and wandering actors and musicians.

Everyone knows the children’s LEGO constructor and, perhaps, many have heard about the existence of amusement parks of the same name. Today there are six of them in the world and each of them is built from the famous details of this very designer. Legoland in Denmark consists of 8 themed areas and several park areas. More than 40 different attractions surprise with their originality. Also, it is here that a driving school for children is opened – Toyota Traffic School, after which the child receives a children’s driver’s license.

Based on the comics beloved by many, or rather, their charming hero, the Asterix park was created. It has 5 thematic zones, and all of them are from stories about a hooligan gall. From one attraction to another, visitors travel through all of Gallic history. Most of the entertainment in the park is water – that was the intention of the creators. And, perhaps, this is one of the most interesting “non-Disney” adventure parks.

This park is both a lot of interesting rides and a film studio at the same time. It was founded by Warner Bros. and was originally conceived thematically related to movie characters. The streets of New York, the towns of the Wild West, and the palaces of the Eastern Padishahs are recreated here. The Hollywood Museum is also very popular.

This is the largest amusement park in Italy and it is also the most “water” of all existing ones. There will be entertainment for all ages of visitors. A huge play space has been created for children, in which rides, water parks and fun game shows alternate. Adults, on the other hand, can take original boats and go on relaxing trips along the picturesque Lake Garda. Of course, the water slides in this park are almost all with great speeds and unthinkable turns, which is the main “highlight” of Gardaland.

It was impossible not to talk about this park. It is here that the largest number of rides in the world is built – 68! There are 14 roller coasters alone here (and the highest in the world is one of them). In addition, cinemas, parks and squares, hotels, cafes and restaurants are open to visitors.