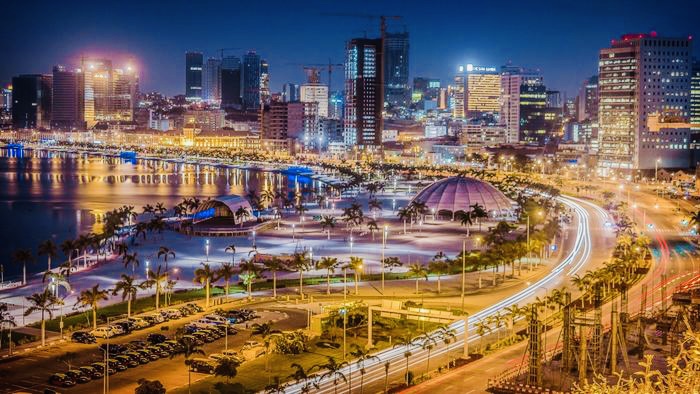 Africa is the second largest continent on Earth, divided into 55 states with very different cultures and populations, with historical traces of colonization. We are primarily interested in the largest countries in Africa.

Algeria is a country in North Africa, located between the Mediterranean Sea and the Sahara Desert. On the site of modern Algeria, you can see Roman ruins and monuments from the times of the Ottoman Empire, as well as buildings from the times of French colonization.

The Democratic Republic of the Congo is a country in Central Africa. Belgian colony before 1960. Historically inhabited by pygmies. There is a thriving black market for tantalite used in the manufacture of electrolytic capacitors.

Sudan is a country in East Africa, on the Red Sea. In the 4-3 millennium BC. e. in the north of Sudan, a culture close to the culture of Egypt of that time arises, erecting pyramids.

Libya is a country in North Africa on the Mediterranean coast. 8000 BC e. Neolithic cultures existed in Libya. Then on the territory of modern Libya were the ancient states of Phoenicia, Carthage, Ancient Greece, Ancient Rome, Byzantium.

Chad is a country in Central Africa. The territory of modern Chad was settled as a result of the mass migration of people around 7000 BC. Chad later became a French colony and remained so until 1960.

Niger is a landlocked country in West Africa. The accent in the name of the country is allowed to be placed on the first and second syllables. The country was a French colony until 1960.

Angola is a country in South Africa, on the coast of the Atlantic Ocean. Initially, the territory of Angola was inhabited by Bushmen, later the Portuguese discovered these lands and founded a colony here. Even later, the Dutch and Belgians entered the struggle for this territory.

Mali is a landlocked country in West Africa. The territory of present-day Mali was home to numerous West African kingdoms and was later a French colony until 1960.

The Republic of South Africa is a country in South Africa, the southernmost country on the continent. Initially inhabited by the Bantu tribes, later the Phoenicians, the Dutch left their mark, even later the country became a British colony.

Ethiopia is a landlocked country in the Horn of Africa. The territory of modern Ethiopia was the habitat of ancient people, as evidenced by the remains of Australopithecus found in the Omo Valley. Later, Islam penetrates into Ethiopia and Muslim principalities arise, waging internecine wars.