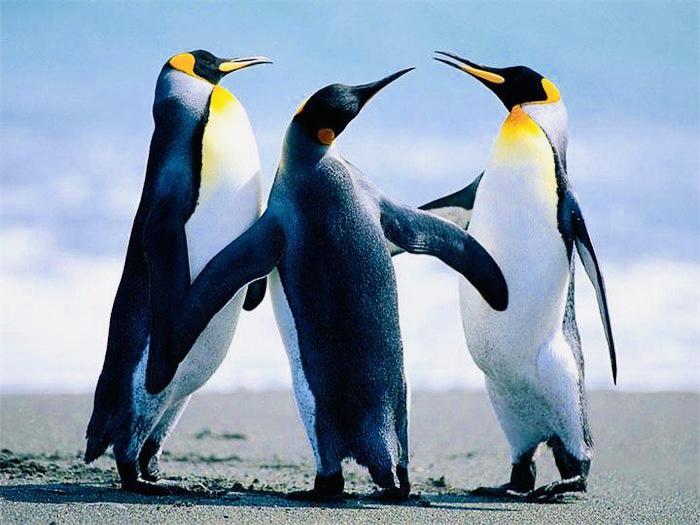 There are birds that are small but fat, or tall but skinny and so on. This article attempts to compile a top – list, taking into account all possible parameters.

Ostrich is the largest flightless bird. Its height reaches 2.7 meters, and its weight is 130 kg.  He cannot lift such a weight into the air, but he runs fast, accelerating to 70 km / h. Its eyes are the largest in the animal kingdom, and their weight exceeds the weight of the brain. It is possible that the bird sees better than it thinks.

The cassowary is the largest bird in Australia and New Guinea, and the second largest in the world. Having a height of 2 meters and a weight of 60 kg, she cannot fly, but she has the ability to accelerate to 50 km / h. This name, which means “horned head”, was given to the bird thanks to an outgrowth on its forehead.

The largest flying bird is the wandering albatross, an inhabitant of the southern seas. Although the size of their body is not too impressive, however, the wingspan is truly huge, reaching 3.7 meters. In addition, the albatross is a nightmare for superstitious sailors who believe that the appearance of these birds portends a storm.

Swans can reach a weight of 15 kg. And the wingspan is also impressive – 2 meters, and sometimes more.

The black vulture, whose wingspan reaches 2.5 meters with a height of 120-135 cm, settles mainly in the mountainous part of Southern Europe, North Africa, Western and Central Asia. The main part of the diet of this bird is carrion, which it looks out for while hovering in the air. Due to the fact that vultures have very weak legs, they are not able to carry off their prey, so they have to absorb a large amount of food right where they are found. Sometimes they eat up to 14kg.

Curly Pelicans are one of the largest waterfowl. Adults can reach 180 cm (including an almost half-meter beak), and weigh 14 kg. It is noteworthy that due to the structural features of their paws, these birds cannot dive, and therefore prefer to hunt in shallow water.

In seventh place is the national favorite, the hero of many fairy tales and songs, as well as one of the high-flying birds – the crane. This bird grows up to 180-190 cm, weighs 8-9 kg, and the wingspan can exceed 2 meters. They can be found everywhere, excluding South America and Antarctica.

The heaviest of the flying birds can be considered the bustard, whose habitat is the steppes of Eurasia. Its weight reaches 20 kg with a height of 110 cm. The bustard flies due to the ability to masterfully capture air currents, which is facilitated by a wingspan of 190-250 cm. heavy liner.

The wingspan of the Steller’s sea eagle reaches 2.5 meters, and the height is 105-110 cm, with a weight of only 8-9 kg. This bird can be seen only in the Far East, it is listed in the Red Book and protected by law, since the number of this species has decreased to 7500 individuals and is in danger of extinction.

The emperor penguin is the largest of the penguin family. Some individuals reach a height of 122 cm, and weigh 40-45 kg. Naturally, they live in the ice of Antarctica, but this species sometimes swims to the mainland.