Top 10 most beautiful birds in the world 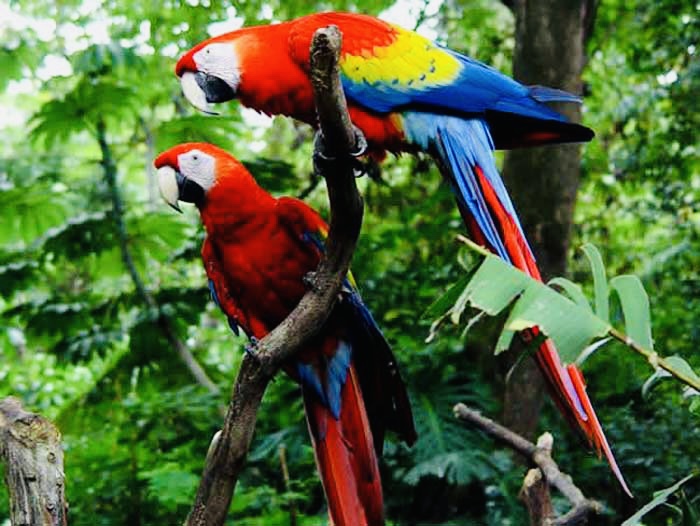 The world of birds is striking in its rich diversity. Here and the quirkiness of forms, and the brightness of colors, and the variety of sizes. We invite you to a kind of bird beauty contest. You will find out who is in the lead in the ranking of “the most beautiful birds in the world”, according to the public.

It is difficult to compete with the regal grandeur of a luxurious peacock tail, reminiscent of a scattering of precious stones. Therefore, it is not surprising that the peacock leads the top ten most beautiful birds in the world, solemnly taking first place. The peacock has enjoyed celebrity at all times. For 3000 years it has been depicted on art objects, sung in legends, religion and literature, depicted on national and commercial symbols. So it is considered a sacred bird in Judaism, a national symbol of Myanmar, Iran and India.

Recognized as one of the most delightful representatives of birds. Males are famous for their eye-catching bright plumage and rich tail. The golden plumage of the pheasant’s head with black stripes resembles the royal headdress of the pharaoh – nemes, which makes the bird look even more majestic.

Even the legendary leader of the Argonauts, Jason, during his famous campaign for the Golden Fleece, was tempted by the golden plumage of this bird and brought the precious trophy to Greece. The pheasant is present in the plots of many fairy tales and legends.

It is considered one of the most beautiful and romantic birds in the world, standing out for its aristocratic nobility of appearance. This is a rather large bird, which, however, does not prevent it from being very elegant and graceful. It reaches a height of more than a meter, and its wingspan is 198 cm. The head of the crane is royally crowned with a golden crest, reminiscent of a royal diadem. For many years, the bird has symbolized the most precious human values. Due to its monogamy, it personifies family happiness. It is also considered a symbol of longevity. Being the most romantic bird, the crowned crane performs breathtaking mating dances for its chosen one, indulging in a graceful dance with complex “pas”.

Perhaps the biggest fashionista in the world of birds, famous for extravagant “outfits” haute couture. In its bright plumage, the most saturated colors are combined in an original way. A distinctive feature of her appearance is a luxurious flaming tail fan. Large birds of paradise live mainly in the highland forests of Australia, New Guinea and Indonesia. Unfortunately, these beauties are very rare. The greatest probability of seeing them is during the current period.

An exotic Tropican who lives on uninhabited islands. A distinctive feature of this variety of dove is a train of multi-colored long feathers around the neck, like a royal mantle. The feathers of a maned dove sparkle with iridescent tints no worse than precious stones. The bird looks especially advantageous in bright sunlight.

These birds are considered the most beautiful representatives of the duck family. Their colorful plumage pleases the eye with its brightness and original combination of colors. The halo of their habitat in the Far East. Mandarin ducks are very revered in China. They are often depicted in art as a symbol of eternal fidelity. In this regard, images of mandarin ducks decorate rooms for marriage ceremonies in order to wish the newlyweds happiness in family life.

The bird was awarded the title – the king of parrots. Representatives of this species boast bright, defiant plumage. This is not only a very beautiful, but also an extremely intelligent bird. A macaw can be taught to talk and has a vocabulary of over 100 words. However, external virtues brought the parrot more grief than happiness. Ara was in great demand among the Indians. Its meat was eaten, and beautiful feathers were used for decorations for ritual attire. All this led to the fact that the macaw was almost on the verge of extinction. Macaws are long-lived, living up to 80 years. It is found in nature from Ecuador to Mexico, in the Amazon tropics and in Bolivia.

In addition to a very noticeable appearance, the bird also boasts an amazing voice. The trills of the red cardinal are somewhat reminiscent of the singing of a nightingale. Americans have very warm feelings for this bird, identifying it with the symbol of Christmas. In this regard, the red cardinal in America is depicted on festive New Year and Christmas cards. This bird lives in America and on some islands.

Due to its very expressive appearance, the hoopoe is considered one of the most beautiful and recognizable birds on Earth. A tall red crest, framed at the ends with white and black kitichkas, when opened, is very reminiscent of the headdress of the Indians. Striped black and white wings contrast very beautifully with the red body. The halo of its habitat is Africa, central Europe and Asia. The hoopoe is very loved and revered by many peoples of the world, occupying a significant place in their culture.

Among the many feathered flamingos, they are distinguished by one of the most extravagant appearances. There are six types of flamingos in total, but pink ones are considered the most beautiful. The bird is distinguished by a graceful long neck ending in a black hook-shaped beak. They reach a height of up to 130 cm. One of the amazing features of flamingos is the ability to freeze on one leg, leaving only the upper part of the beak movable. Thousand-strong colonies of flamingos look especially impressive on the banks of reservoirs against the backdrop of the setting sun.