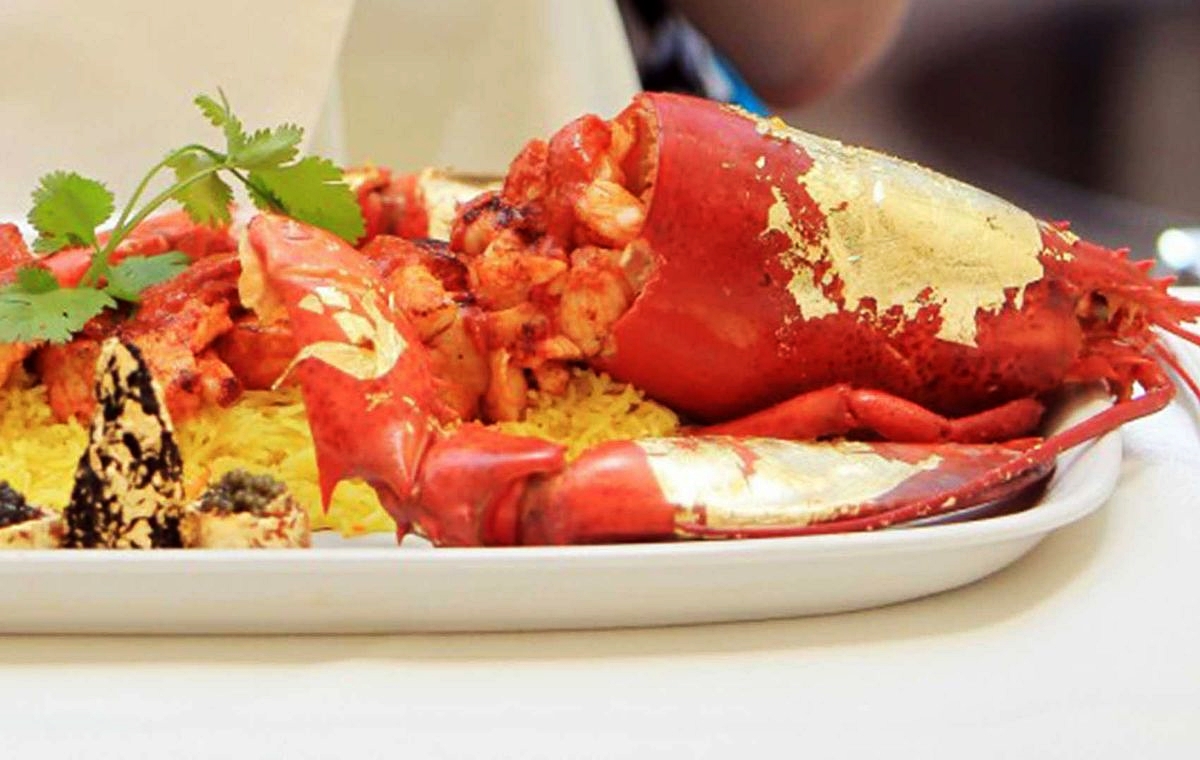 Everyone strives for luxury, but only a few can afford real luxury.  For us  the highest form of reckless spending of money is an insanely expensive dinner – not just everything your heart desires, but the most expensive dishes in the world! Just imagine, people are willing to spend hundreds, thousands of dollars for just one dish! Below are 10 of the world’s most expensive restaurant dishes that look much nicer than they cost.

Pizza is a very common dish nowadays, and I must say, quite budgetary and easy to prepare. However, this restaurant created a pizza that has become the most expensive dish in the world. “Louis XIII” is topped with lobsters, caviar, they were not too lazy to include 8 different types of cheese in its composition! How do you like pink salt as a seasoning? And the chef will send you a person who will cook this dish for you anywhere in Italy – this is as a bonus for 12 thousand dollars.

Ironically, this expensive dish was created by chef Prahlad Hedge at the same time that Slumdog Millionaire was released on DVD. There is no pink salt in it, but a lot of expensive and very tasty ingredients.

A slice of this pie costs two thousand dollars. At this price, it should almost be studded with diamonds, instead a rather ordinary mushroom pie. The cost is made up of special ingredients, extremely expensive – insanely expensive beef from the farm, where, according to the owners, cows have a very special attitude, up to massage, and no less expensive mushrooms.

This frittata has the fewest ingredients of any of the dishes on our list, but they are all expensive. One ounce of stellate sturgeon caviar costs $65, it’s rather strange that no one thought to decorate the top of the dish with gold leaf. But that’s for now!

The most expensive dessert in the world and the first on our list. The most expensive sweets are collected in a small vase, and eating a name is a very expensive pleasure. This ice cream is definitely special – for example, the cocoa beans for Chuao chocolate are harvested on the shores of Venezuela.

The record price paid by the restaurant for a white truffle, one of the ingredients of this bagel, is 330 thousand dollars, it weighed about one and a half kg. I would never have thought that a bagel would have to be included in the list of the most expensive dishes, although not quite ordinary. However, apparently in New York, such a cost is considered quite acceptable. This is the third representative of this city at this price.

Ingredients: Belgian pale ale in a 33 ml bottle with 55% alcohol content, juniper berries, mead, nettle, stuffed small animal. This price tag doesn’t seem so outrageous, given that the already expensive Belgian ale is packaged in a unique way – the bottle is inserted into a stuffed squirrel. In anticipation of your terrible thoughts, I will say that protein for beer is not killed – it is the victims of highways.

It is believed that the sandwich originally appeared back in 1894 in the Saratoga Club-House gentlemen’s gambling house in New York, but this club went further and created the most expensive sandwich in the world. The ingredients for it are not only the highest quality, but also the most expensive – Iberia ham is dried in the shade for 30 months before getting into this sandwich, truffles are not ordinary, but white, Poulet de Bresse is a special chicken.

Leading the Canadians, Sacramento set the world record for the most expensive hot dog. It is larger than usual, but, of course, it is valuable not in size, but in ingredients. Truffle oil alone is very expensive.

This soup is worth trying if only out of interest – after all, 20 secret ingredients in one cup! Curious, isn’t it? And what is the difference between Chinese and Thai broth from the usual one? Try it and you will know it!

How dog teaches his owner’s baby to be a puppy

How dog teaches his owner’s baby to be a puppy