10 smartest animals on the planet 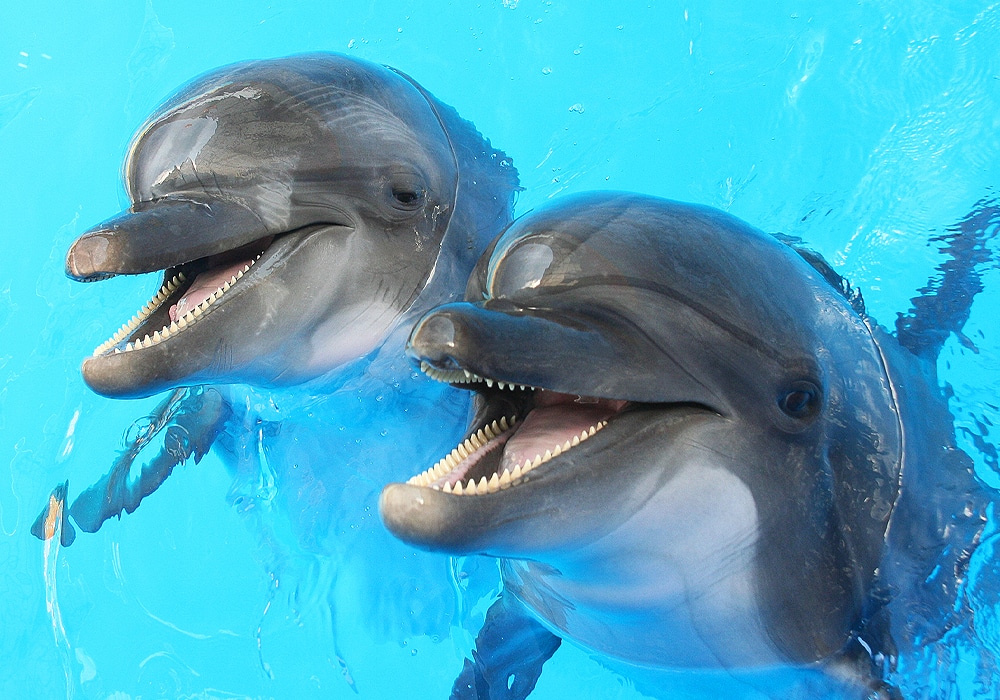 We all know that not only man is a rational being in this world. There are a lot of animals on earth that do not lag behind people in mental development and ingenuity, and in some cases even surpass us. Consider the ten most intelligent animals in the world:

Primates, of course, occupy the first line of this hit parade. In particular, chimpanzees and also pygmy chimpanzees (bonobos). In chimpanzees and bonobos, the brain volume is 300-400 cubic cm – the absolute value of this indicator is quite large, relative (in relation to body weight) – too. Both species are good problem solvers in the lab, and after intensive training (or if they are given ample opportunities to learn on their own) are able to communicate using symbols. In nature, these monkeys communicate with each other using a range of visual and vocal cues.

The second place of honor is, surprisingly, the elephant. In terms of his intelligence, he can get even with the chimpanzees themselves. Elephants have an excellent memory, in their ability to use tools and build relationships in their society, they may even surpass monkeys.

Dolphins have a very powerful intelligence, which can also be compared with the intelligence of monkeys. Some researchers claim that dolphins are even smarter than humans, and therefore they are the smartest living creatures on the planet. However, this issue is highly controversial.

Scientists have found that dolphins use their own language to communicate, consisting of several thousand different sounds that can be compared with hieroglyphs: each such sound is “decomposed” into simpler sounds.

The dog is a very intelligent animal, rightfully called the most faithful friend of man. She is able to distinguish intonations and orders of human speech, to understand the meaning and meaning of words spoken by a person. This is a pack animal. The dog perceives the human family as its pack. The intelligence of a dog depends on the breed. The most intelligent breeds are Border Collies, Poodles, German Shepherds, Golden Retrievers.

In the ranking of the smartest animals, cats go right behind dogs, attracting people with their affectionate and peaceful nature. Someone even claims that cats, in addition to being highly intelligent, also have extrasensory abilities. It can often be observed that a cat, like a dog, seems to absorb the character of its owner and the atmosphere in the family. Cats are not only smart, but also cunning, possessing good resourcefulness of mind and quick wits. The most intelligent cat breeds: Siamese, Sphynx, British cat, Siberian, and Maine Coon.

Rats are incredibly smart animals. They have excellent instincts, cunning and resourcefulness, allowing them to survive in conditions that would seem unsuitable for survival. Scientists have found that the structure of the brain and humans are very similar, and therefore rats are actively used in laboratory research. These rodents are unpretentious and easily adapt to any troubles.

Pigs are amazingly intelligent creatures. They could easily replace a domestic dog or cat for us, however, it would look funny. The fact is that these animals are clearly underestimated. Due to prejudice, they were classified as “dirty” animals. Meanwhile, pigs are one of the smartest and most social creatures. According to research, pigs have more cognitive abilities than dogs and even children.

Squirrels, like rats, are very smart and quick-witted. They can be taught to take food from their hands. They easily remember the person who treated them once, so that they can come to him for a treat the next day. Squirrels have the ability to hide and accumulate excess food, which indicates their foresight. In addition, they have a strong character and are always ready to stand up for themselves – to repulse anyone who gets into the habit of their supplies. Such little animals will not disappear even in the cold season.

Ravens are considered the most intelligent birds in the world. The proportion between brain and body is about the same as in humans. For many years, these birds have been demonstrating to us their amazing mental abilities, for example, the ability to use a tool: they can hold a container in their claws and scoop water into it or use a twig to get what they want from hard-to-reach places. They are very quick-witted and inventive, able to think extraordinary in non-standard situations, react and think very quickly.

No wonder these birds were used as postmen, because they have enough intelligence and ingenuity to find the right way. During the experiments, it was found that pigeons have a good memory, which allows them to remember various images for several years.