All about goldfish: maintenance and care 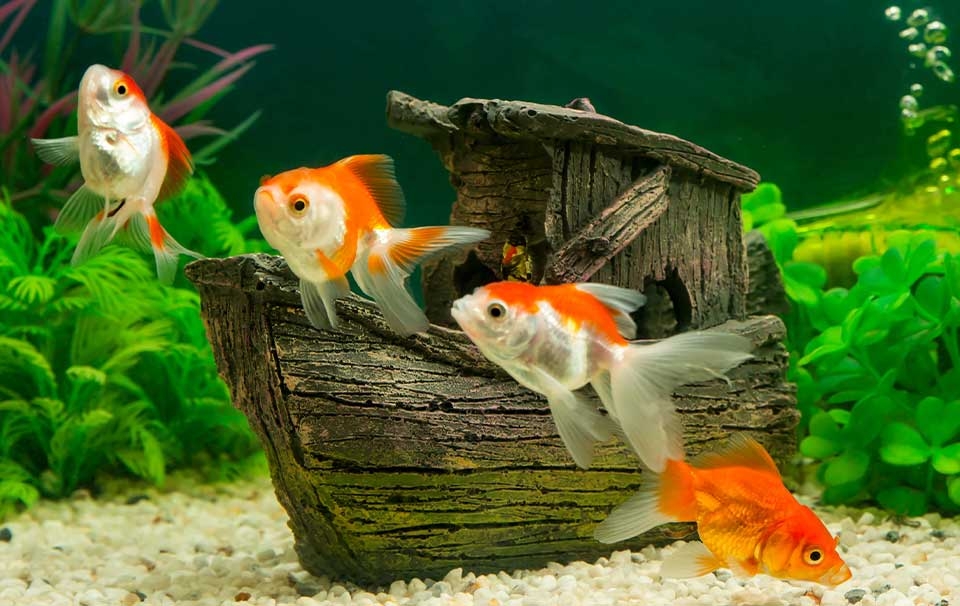 The aquarium in the house is a great way to relieve stress and a real decoration of the space. It’s no secret that aquarium keeping has been firmly in the lead among the most popular hobbies for several millennia. The story of man’s love for ornamental fish began with a goldfish. These are stunningly beautiful inhabitants of the underwater world, they are distinguished by their diversity and unpretentiousness. In the article, we will learn a lot about these golden beauties.

The first mention of the maintenance of ornamental fish dates back to the 3rd-6th centuries. The tradition originated in China, the first pets were silver carp. Sometimes, as a result of a genetic failure, the fish acquire a bright scarlet color, later this coloring was achieved by selection. Carp was bred in domestic artificial ponds, it was a common pastime of the Chinese nobility.

The contemplation of fish was strongly intertwined with Buddhist philosophy, therefore it quickly gained popularity in Indochina. Later, selectors bred miniature goldfish breeds designed for keeping in home aquariums. In the 15th and 16th centuries, the hobby spread to Europe. Today, every fifth family chooses goldfish as pets.

The main advantage of goldfish is a huge variety of breeds. Today there are more than 400 different types of these pets. Some of them are kept in the strictest confidence in China, even verbal mention of rare and unique breeds is prohibited, selection variations are considered the cultural heritage of China.

Each species is different in color and has variations in color. There are goldfish of orange, silver, white, black colors, breeds of motley color are also popular, with bright patches.

Separately, it is worth noting the breeds Telescope and Stargazer. Individuals are distinguished by a special structure of the eyes – they stand out significantly beyond the architecture of the skull, which gives the pets a cosmic, very unusual appearance.

Another significant plus of goldfish is omnivorous. This species is very picky in food, but this does not mean that you do not need to pay attention to the pet’s menu.

The basis of a successful experience of keeping underwater inhabitants is an aquarium. In order to correctly calculate the volume of the tank, we recommend based on the rule: one goldfish needs 50 liters of water. When designing a living space for pets, special attention must be paid to the choice of soil.
It is preferable not to mix goldfish with representatives of other species. First of all, because of the temperature regime. The rest of the aquarium inhabitants prefer a tropical climate, which means that suitable golden 18-23 degrees are too cold for the rest.