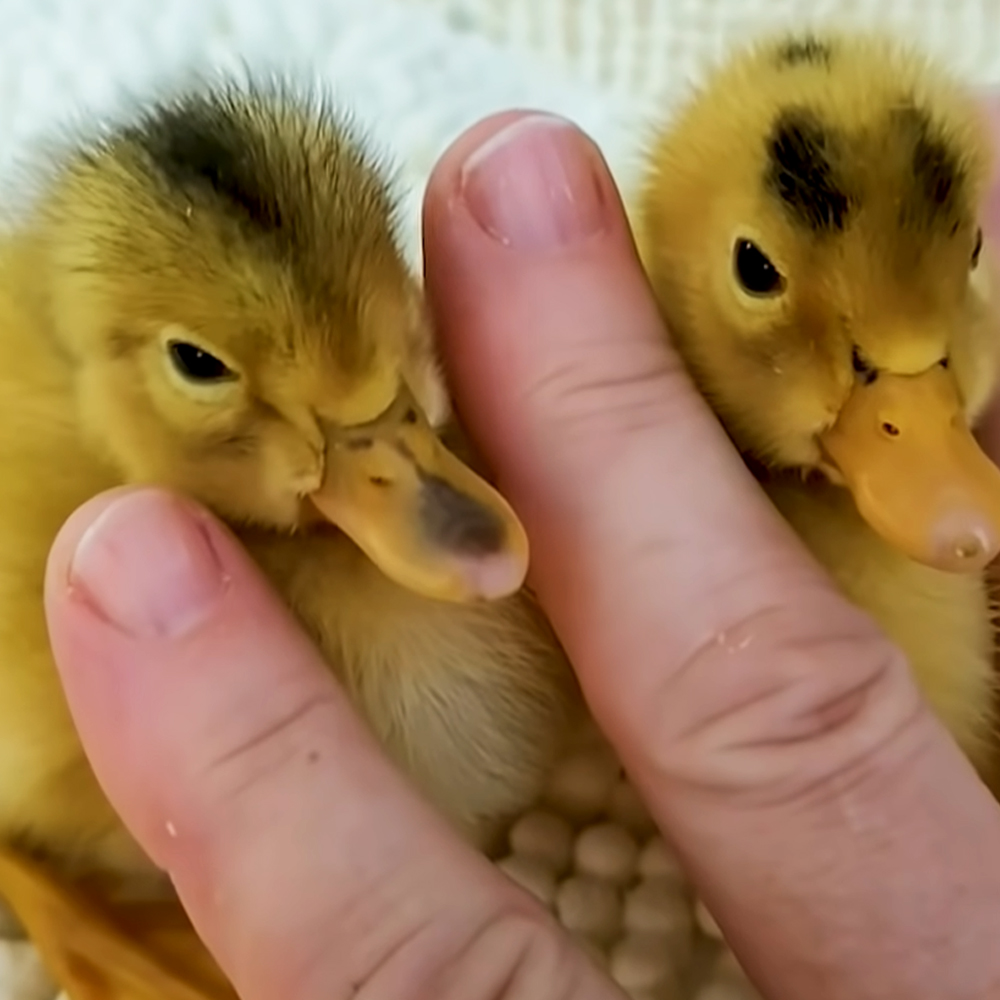 The PJ Wildlife Sanctuary was founded by Pamelia Johnson, who lived in Ontario, Canada. She rescued several wild animals and took care of them like her own children. She recently raised two ducklings.

Cassie, the first duck, chose the wrong end of the egg to hatch. So Johnson had to help her. The duckling widened the hole of the egg a little. When Pamelia woke up, the next day the duckling had already hatched from the egg.

The duckling was completely exhausted after he got out. Johnson was a little concerned that Cassie got up on her own because she was twirling around so much inside the egg. However, after a few hours, the duck just raised its head and was fine after that.

Onsen moved Cassie along with Carl, another duckling. They bonded like two peas when they met. The first night they spent together, they always slept in sync. The heads of the two ducklings slowly lowered and then rose again. They always did it exactly at the same time.

Cassie and Carl always approached their mother when she called them. The two of them always followed their human mother everywhere. If Johnson sits, they will both climb up and sit on her shoulders. The ducks loved to play in the water. Johnson placed two ducklings in the tub, where they played and splashed water on each other. These two babies are growing very fast. Their adult feathers have now begun to appear.

Johnson decided to take these nearly adult ducks outside. The first time, she took Cassie and Carl out on the porch, and then let them out into the backyard. Two birds happily ran back and forth. Soon, the kind bird mother decided to build a pond platform for them. Unfortunately, these duck breeds can’t actually fly, so they won’t do well in the wild. So Johnson decided to keep them to himself.