Cat extremal who loves to ride 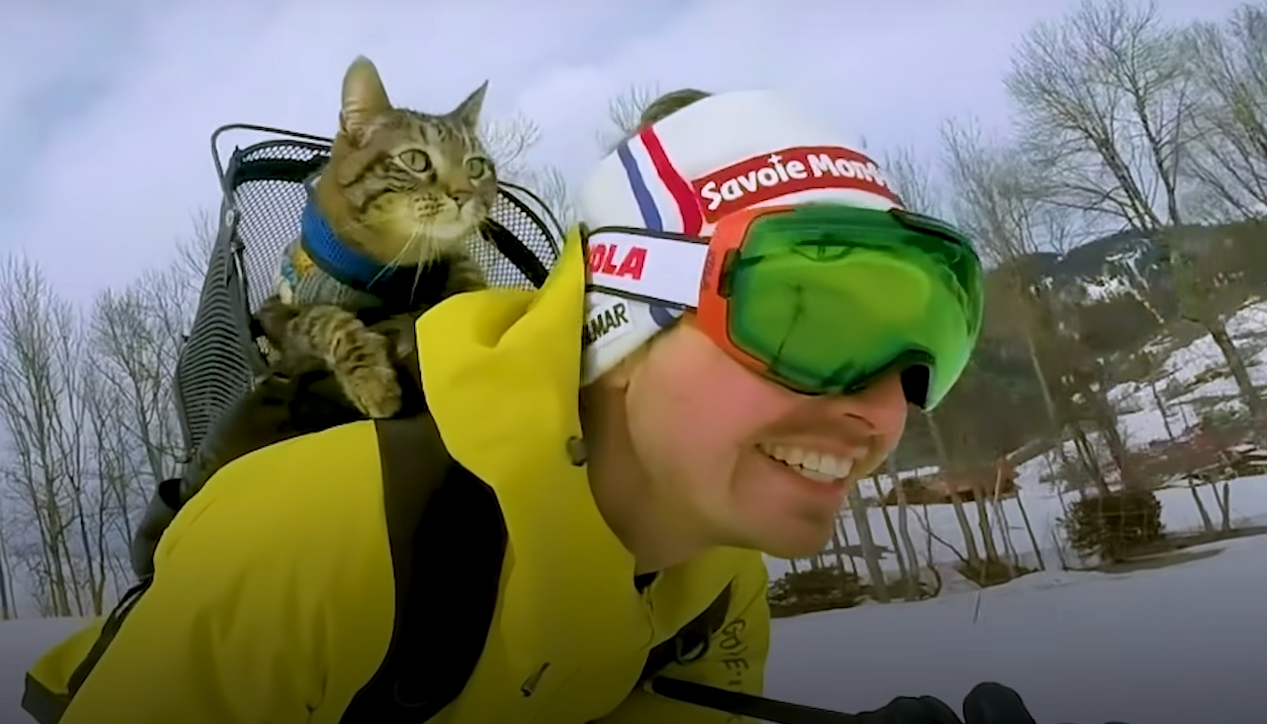 Remy recently adopted a tabby cat from a shelter named Cathode. When he first met the kitty, she loved him so much that she never let him go. So, Remy decided to adopt her.

The cathode was left by several people earlier. The cat was afraid of the vacuum cleaner, but not afraid of extreme sports. The best part is that the cat’s father followed Cathod’s decision. She decided whether they wanted to go on an adventure or not.

The two immediately became friends. Kathoda was very sociable and always wanted to share every moment with her mistress, whether at home or at work. Remy felt very guilty that he could only offer Kathode an apartment life.

Since he often went on bicycle rides, he tried to share it with her. We left at night so that there were no cars that could scare the cat. It was the first activity they tried together. After that, they tried other activities such as boating, skiing, and skydiving.

The duo always went to short events. Both had a common interest in motorcycling and rode bicycles. Cathode sat quietly in Remi’s jacket, but always stuck her head out.

Remi always tried to protect her eyes and head. Thus, he created a helmet with goggles for the Cathode. First, he made a paper cast of the cat’s head, then redesigned the helmet using a computer and 3D printed it.

Now Cathode had a personalized helmet. But Remy’s biggest reward was seeing his kitten enjoy life every day. The adorable kitten has always been a great support for her father, and she loved him very much. She felt safe      with Remi and knew that he would always be there for her.