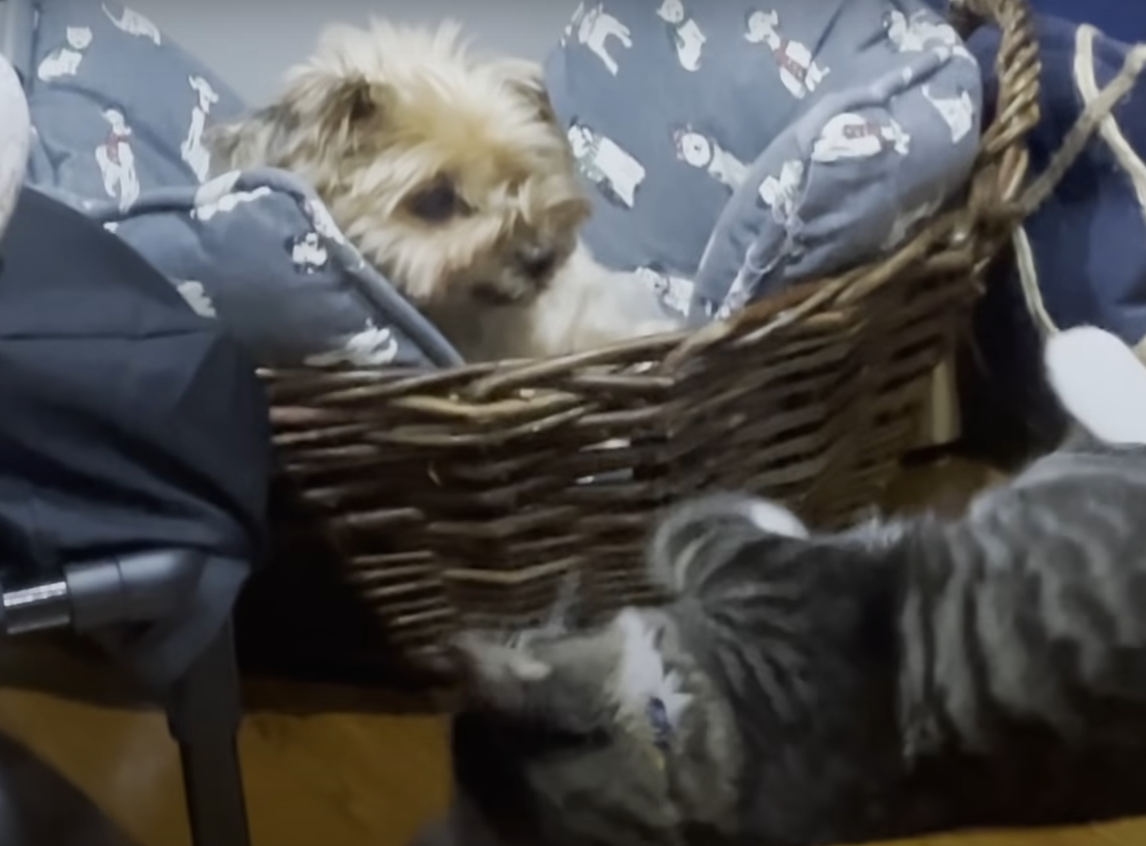 Bob was a grumpy older Yorkshire terrier. He always felt lonely and barked all the time. Luckily, Luz, his mother, decided to get a cat for Bob. The Yorkie’s face lit up when he saw Marley the cat.

Luz was very frightened at first when the two animals came close. However, after that, their relationship began to develop very quickly. Gradually, Bob and Marley became inseparable, and it was impossible to separate them.

Bob and Marley became best friends and have always been together. Ever since Marley came into Bob’s life, Bob’s loneliness has vanished. Bob stopped barking and became more relaxed.

Bob was an older Yorkie, but tiny. Luz called him a grumpy old man. Yorkies have always been angry with other dogs in their area. On the other hand, Marley was a bundle of energy. Together they were like an older brother and an annoying little brother.

Marley was always naughty and didn’t know when to stop and get serious. So whenever Luz and her family looked at those two, the two would fight. However, at other times they hugged each other.

Sometimes Bob preferred to be left alone. At this time, Luz turned on the TV to calm Marley. Ever since he was a kitten, Marley has been intrigued by the screen. He sat for hours and watched what was shown on TV or on the iPad. Whenever Luz’s father turned on the TV, Marley would join him and Bob would go to bed in his bed. Luz always believed that cats and dogs hated each other and that bringing two animals together would never work.