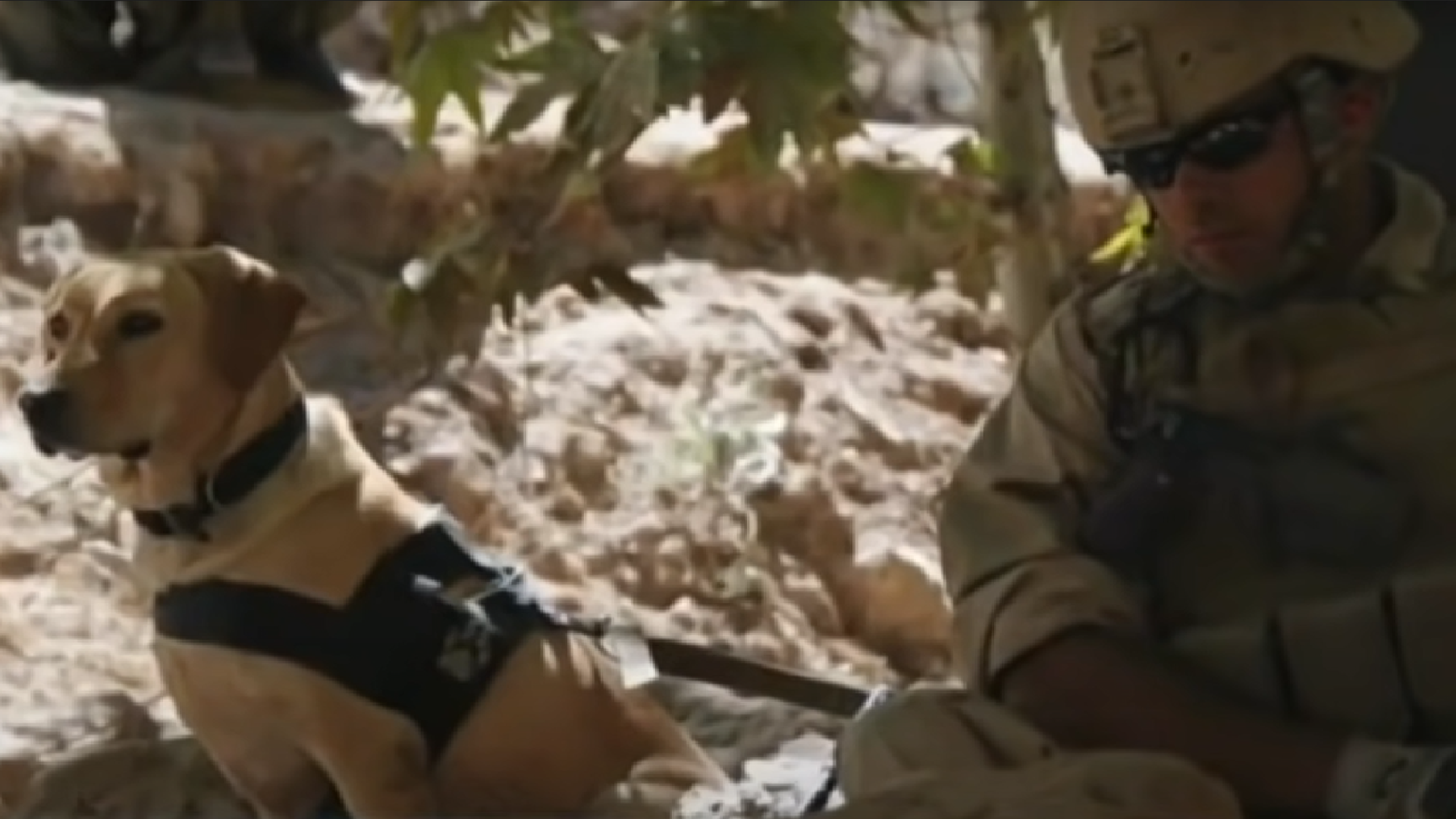 Retired service dog Taylor reunited with her best friend and former colleague, Sgt. Tom Hanson, after a two-year separation. Taylor is a yellow Labrador who has served in the army all his life.

Her team called her Princess Taylor or Tai-Tai. Taylor has done two tours of Afghanistan in her career, and she did such a good job that even the Taliban put an award on her.

Once service dogs retire, they are retired and their trainers have priority in adopting them. While moving dogs isn’t always easy, it can cost thousands of dollars.

It was only with the help of Molly Oliver, a former United Air flight attendant, that Taylor and Tom were able to become a family. Oliver has a passion for the military and wants to do her part to help them.

She was responsible for reuniting the four dogs with their friends and at her own expense. Taylor rode with her in first class and couldn’t be happier.

Meanwhile, Tom Hanson was waiting nervously at the airport. He said he felt like a part of him was missing and Taylor’s return would make him whole again.

Taylor rushed to Hanson as soon as she saw him. The two friends hugged and Hanson dutifully thanked Oliver for her selfless act of generosity.