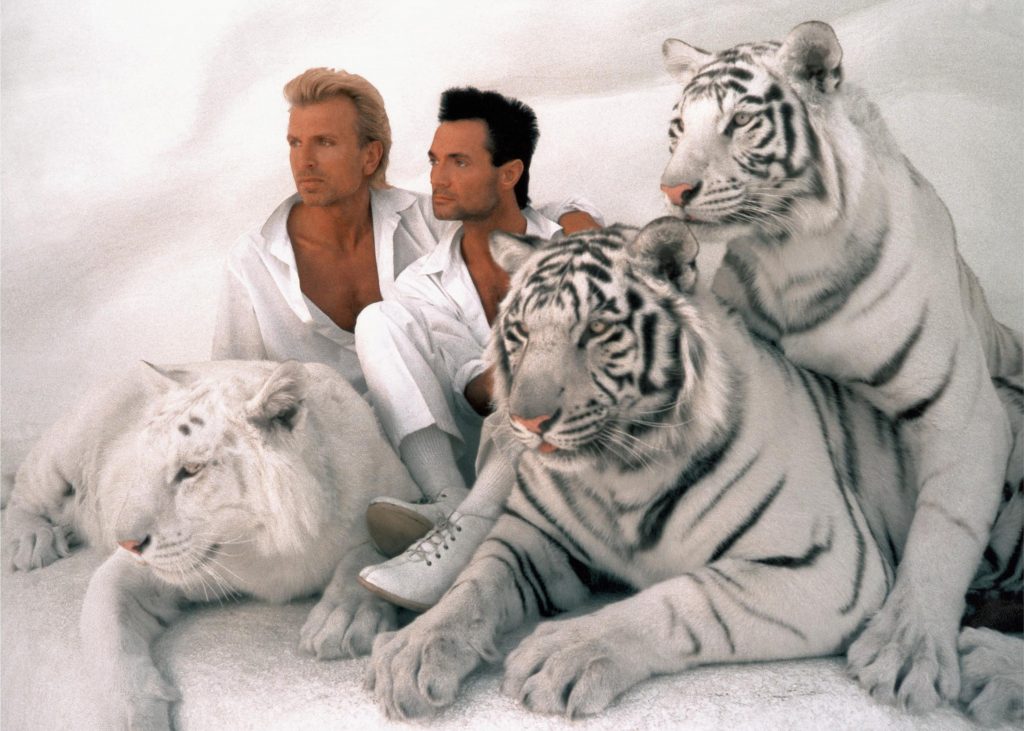 The entertainment duo’s spectacular costumes, kitschy tiger art, and blingy jewelry were a hit at auction.

The late German American duo Siegfried and Roy, famous for their magic shows co-starring lions and tigers, made a splash at auction this week with a nearly sold-out sale at Bonhams Los Angeles.

The “Masters of the Impossible” auction sold 480 of 481 lots for a total of $1.4 million, all set to benefit the Sarmoti Foundation, Siegfried and Roy’s personal charity.

Together, Siegfried Fischbacher and Roy Horn owned a 100-acre Las Vegas estate named Little Bavaria, where they maintained separate homes among numerous buildings on the property, as well as their Jungle Palace mansion across the street from the Las Vegas Municipal Golf Course.
Their collections hit the auction block following the death of both men: 75-year-old Roy from COVID-19 in May 2020, and 81-year-old Siegfried from pancreatic cancer in January 2021.

The duo met working aboard a cruise ship in 1957, with Siegfried inviting Roy to partner on his magic shows. They hit on a winning formula when they introduced big cats to the act, bringing their groundbreaking form of entertainment to the Las Vegas strip in the 1960s.

Their long-running show, Siegfried and Roy at the Mirage, debuted in 1990, featuring glitzy costumes and snowy white lions and tigers. It was a hit, turning the duo into household names and reportedly bringing in $60 million a year.

But the campy spectacle nearly turned deadly in 2003, when a 600-pound tiger named Montecore got confused and bit Roy, who was suffering from a stroke, in the neck, dragging him off stage. The incident severed Roy’s spine, inflicting permanent injury. Miraculously, he was able to recover and hold a farewell performance with Siegfried for their official retirement in 2010.

There was lots of tiger art too, like a William “Schim” Schimmel oil on canvas of two tiger cubs perched atop the earth floating in space. It sold for $5,100. Abstract Tiger by Christian Riese Lassen also went for an impressive $11,475—a 1,639 percent increase of the high estimate of $700.

See more photos of the duo, their homes, and auctioned items below.