Why did Snoop Dogg smoke w..d in white house? 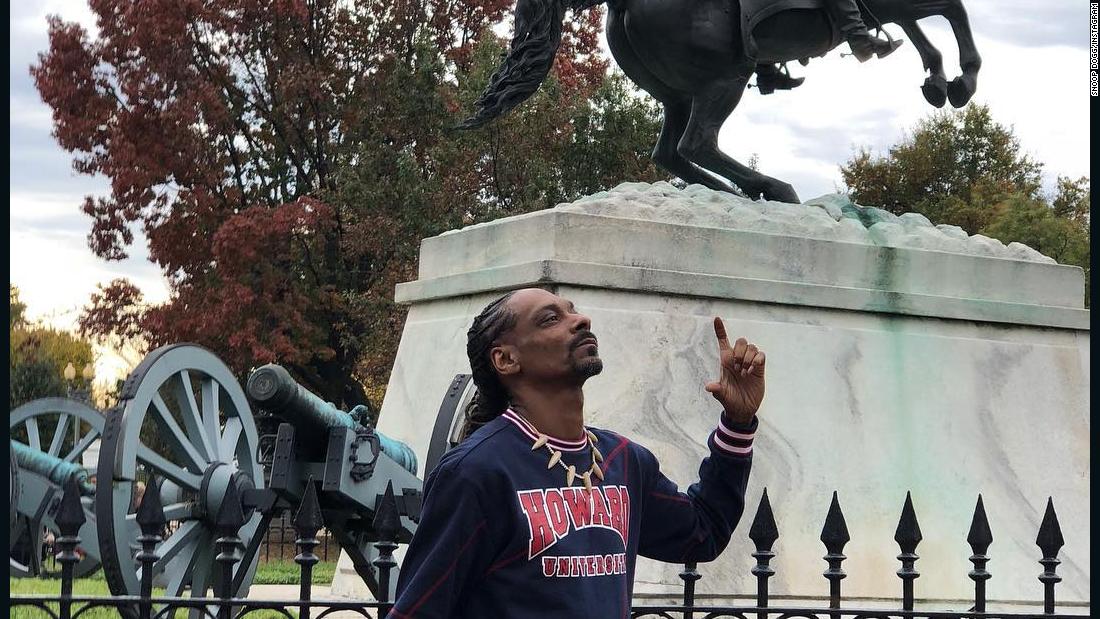 Snoop Dogg hasn’t kept quiet about his opinion of President Donald Trump. In March 2017, the rapper released the video for his song “Lavender,” in which he fired a phony gun at a Trump lookalike in clown makeup.

The president tweeted his response, naturally, suggesting there would be an outcry on the left if the video had depicted President Obama instead. And just a few months ago, Snoop Dogg issued a fiery fuck-you to Trump supporters (including Kanye West) in an interview with Sirius XM’s DJ Suss One.

On Wednesday, Snoop Dogg stopped by the White House with a joint in hand. Camping out in Lafayette Park, Snoop Dogg proceeded to get stoned, chat with fans, and declare, “Fuck the president.”