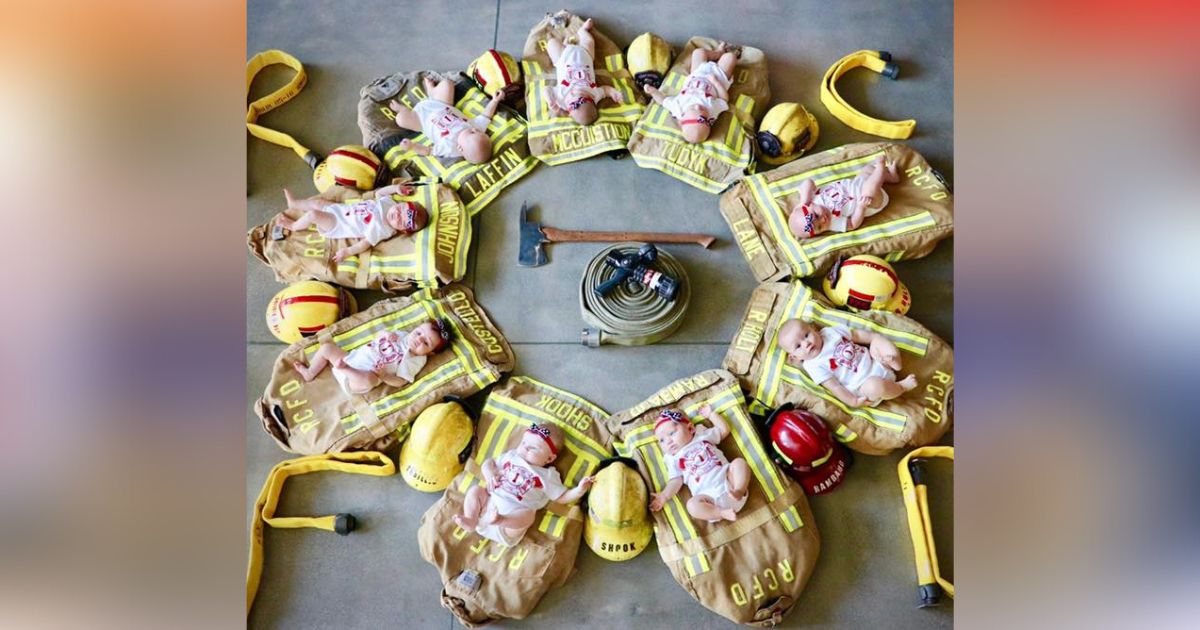 The Californian fire department welcomed the newest and probably the littlest members of the family.

As for the fathers in the ranks, they’ve trusted the man beside them during life-threatening situations. Now, they’re going to trust them in changing diapers.

The fire department didn’t just welcome one baby into their ranks. And no, they didn’t welcome just two, or three.
It’s an entire batch of firefighting babies that were all born in a span of just four months.

At this point, it’s safe to assume that these kids are going to be childhood-turned-lifetime friends.

According to the station’s spokesperson, it was purely coincidental.

Costello’s baby Charlotte was actually the 8th one of the batch. And when they realized what they have, the mothers suggested the family celebrate the births with a photo shoot.

They even have a photo where their dads’ gear is arranged in a circle and the babies lying on their respective jackets.

And if no one moves out of state in the coming years, these children will definitely become playmates, classmates, and lifelong friends.