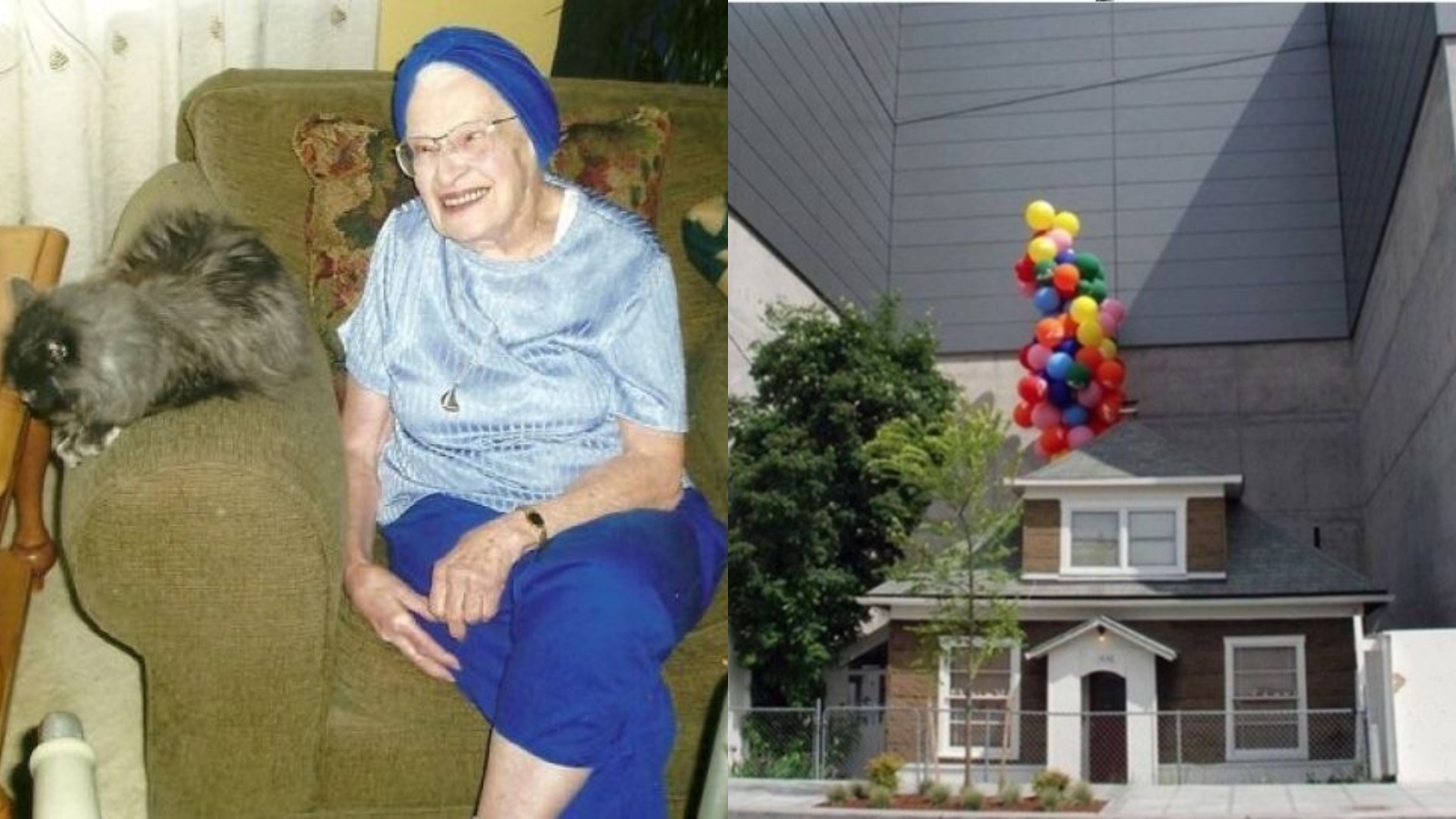 As you get older, you realize that money and material things don’t mean a whole lot. Instead, what matters is your family, friends, and your health.

So, when developers offered Edith Macefield a million dollars to move so they could demolish her home and build more places that sell stuff and offer stuff she flat out said, “No!”

It is unknown if Macefield saw it that way, but she did live her life the way she saw fit regardless of what anyone else had to say about it.

She then got kicked out of the army after they learned she was underage. She stayed in England and ended up taking in war orphans and even toured with the Royal Army’s marching band.

Though Disney Pixar says the story for the movie “Up” wasn’t directly inspired by the Macefield house, they reportedly attached balloons to the house to promote the movie. Macefield and her home ended up becoming a local symbol for anti-development and the “fiercely independent spirit.”

He sold the property in 2009, but it went into foreclosure and was put on the auction block where it didn’t get any bids.

However, in 2018, a decade after Macefield passed away, the developers announced that they would keep the house as a part of their development.
The Macefield house continues to be a standing testament to freedom, standing your ground, and the magic that still exists when the community decides it does. All you have to do is say, “No!”