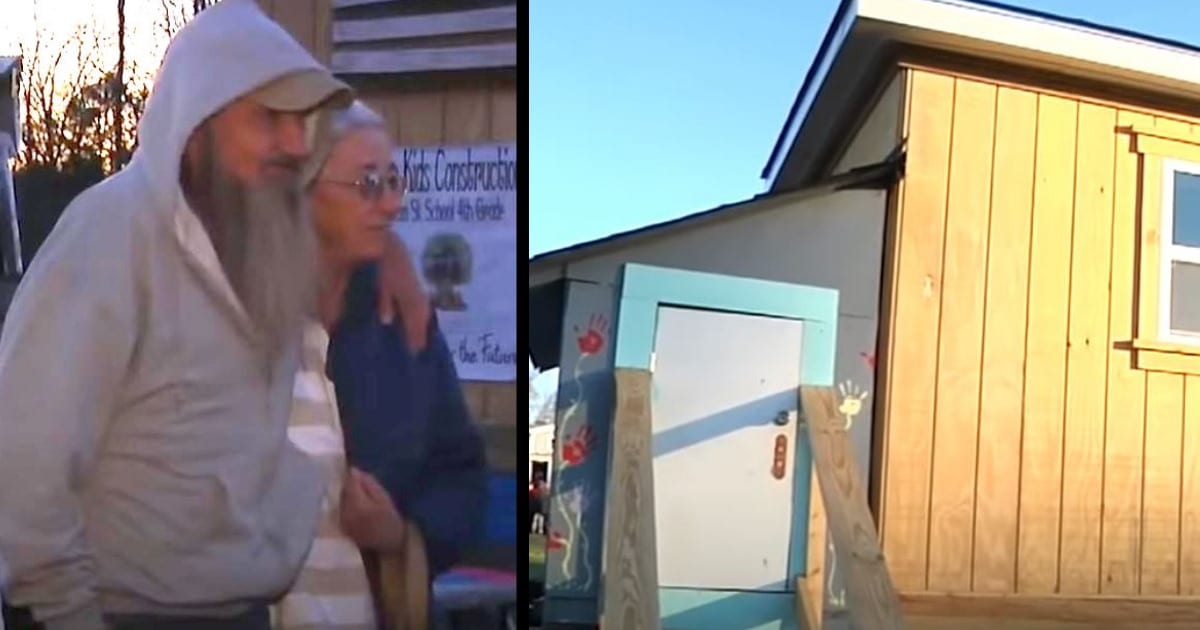 One group of students from a Georgia elementary school proved just how big-hearted and amazing children can be. So, what did they do? They actually worked together to build a tiny house for a veteran and his wife. However, the act of kindness didn’t stop there.

Navy veteran Eddie Browning and his wife Cindy Browning had been praying for a new roof over their head. They were living in a camper that was in disrepair and had been damaged by a fire. They found themselves freezing during the cold weather.
The students had started their tiny house project, but were unable to present the Brownings with the home because they didn’t have a place to legally put it.

Luckily, organizers with the Georgia Tiny House Festival and Ooh La La Lavender Farms heard about their problem and allowed them to store it on the farm.
They also helped them to add electricity, plumbing, and a larger extension to the house. So what started as a really tiny home for the veteran and his wife, grew even bigger.

After the festival, the tiny house will be brought back to the Brownings property in Norwood. The project was so successful that the Elm Street Elementary School will build a new house each year for a family in need.