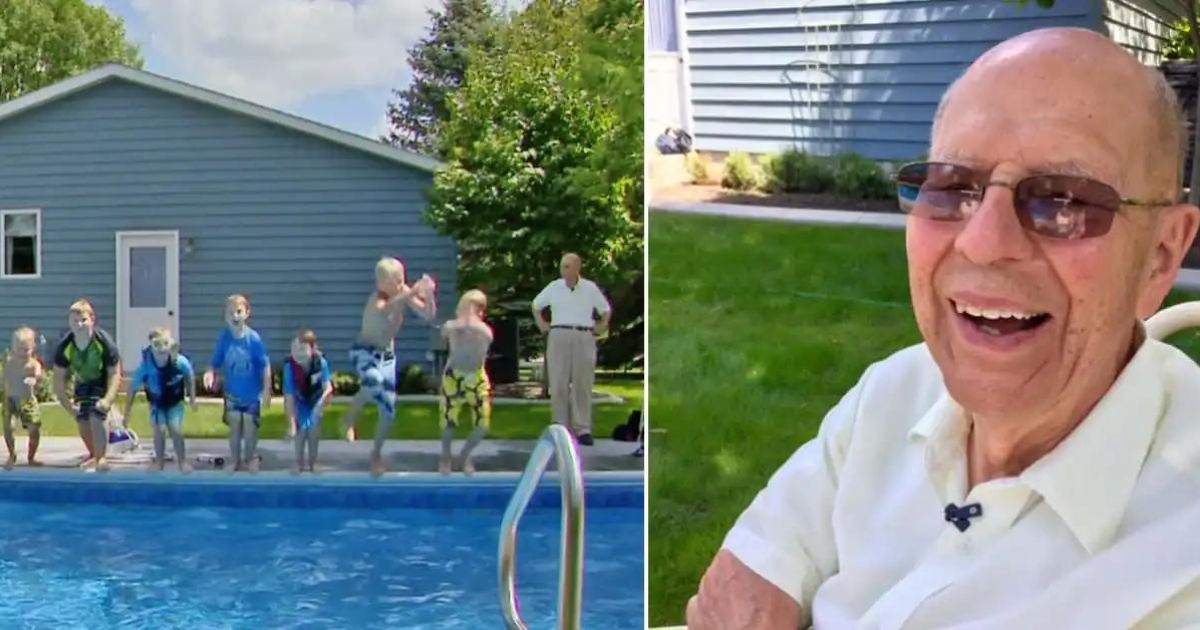 Losing a loved one is probably the most painful thing any human being could go through. You never truly get over it. This is undoubtedly true, and the loss of a spouse makes the pain much more unbearable.

After 66 years of marriage, Keith Davison, a retired district court judge, was heartbroken when his wife, Evy, succumbed to cancer.
Keith has been a very active person. He played bass and tuba in local musical ensembles and served as an Army radio operator during World War II.

“You just can’t imagine what it’s like,” he remarked. “You cry a lot. That’s just the way it is because she’s not here.”

But now that his wife was gone, he was always alone.
At his age, he didn’t have much he could do. After being a widower for more than a year, Keith realized how lonely life was and he came up with an unusual idea: why not construct a pool in his backyard?

For the sake of the neighboring children, Keith constructed an in-ground pool in his backyard in 2017, when he was 94 years old.
Jessica and her four kids have been frequent visitors ever since Keith’s pool opened. She is grateful to Keith for coming up with this idea since it has given so many children so much fun.

Keith isn’t too keen on rules, unlike other public pools. He just asks that an adult be there while the kids are swimming.

Of course, everyone will be having a good time, not just the kids.
Keith mentioned that he occasionally enjoys swimming in the pool. Exercise is a great method for an elderly person to unwind. Keith has no regrets, despite the fact that putting a pool in his backyard isn’t very cheap.

“I’m not sitting by myself looking at the walls,” he said. “What else would you think of doing where you could have a whole bunch of kids over every afternoon?”

Keith now has the whole neighborhood to share his free time with and it’s keeping him feeling young indeed!

Watch the video below to see how Keith brightened up the neighborhood.